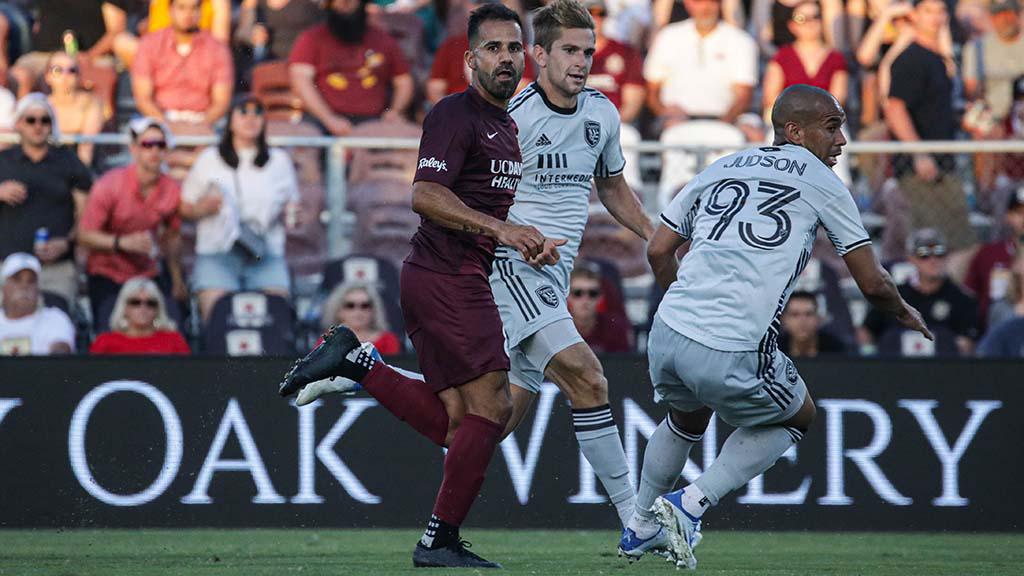 Sacramento Republic FC will try to continue its best run in the Lamar Hunt U.S. Open Cup on Tuesday night as the USL Championship’s last representative in this year’s tournament heads to for a Quarterfinal matchup against Major League Soccer’s LA Galaxy at Dignity Health Sports Park. Kickoff is scheduled for 10:30 p.m. ET and the game will air live on ESPN Plus.

Sacramento advanced to the Quarterfinals for the first time in club history on May 25 as it earned a 2-0 victory against the San Jose Earthquakes at Heart Health Park, continuing the club’s remarkable history of success in the Open Cup on its home turf. A 28th-minute goal by former Quakes midfielder Luis Felipe Fernandes was followed by an outstanding finish by Rodrigo Lopez to wrap up the game with seven minutes to go as Republic FC goalkeeper Danny Vitiello posted a five-save shutout to keep San Jose at bay, moving Sacramento to three wins from three all-time against MLS opponents at its home venue.

In a twist of the schedule, Republic FC will head to Dignity Health Sports Park after taking victory against the LA Galaxy II in its most recent outing in the Championship this past Saturday at Heart Health Park. Second-half goals by Luther Archimede from the penalty spot and 17-year-old Academy product Rafael Jauregui – who notched his first professional tally – lifted Republic FC to a 2-0 win, putting the side as one of four on 25 points sitting tied for third place in the Championship’s Western Conference.

Republic FC’s win against Los Dos on Saturday was its third shutout victory in a row as it takes aim at becoming the first lower division side to reach the Semifinals since then-USL Championship side FC Cincinnati in 2017. Sacramento’s defense has among the best in the Championship so far this campaign, conceding 11 goals in 14 games and allowing 3.29 shots on target per game in front of Vitiello – who has made 10 league starts this season – and fellow goalkeeper Carlos Saldaña. That record will be tested by a star-studded Galaxy front line that features Javier “Chicharito” Hernandez, who has scored six goals for LA this season, while Raheem Edwards has notched five assists.

Sacramento has faced the Galaxy before in the Open Cup, falling 2-0 in the Round of 16 five years ago. That night, goals by Ariel Lassiter and Bradford Jamieson IV early in the second half were enough to deny Republic FC a place in the Quarterfinals. A two-time winner of the Open Cup in their storied history, most recently in 2005, the Galaxy are coming off a 1-1 draw against the Portland Timbers on Saturday afternoon that required a late equalizer by Serbian international Dejan Joveljic to earn a point.

After a dress rehearsal against the understudies, Republic FC Head Coach Mark Briggs believes his side will be ready for what could be considered the biggest game in club history.

“It’s a big game. There's no getting away from it,” said Briggs. “It’s a quarterfinal of a national competition against arguably the biggest, most recognized club in this country. So, it’s a big game. This is what you play the game for. You want to be involved in these games and the guys have deserved their opportunity to come up against a club of that stature. And now we’ve got to go and enjoy it.”