Top this! Switchbacks add to highlight reel in Indy victory 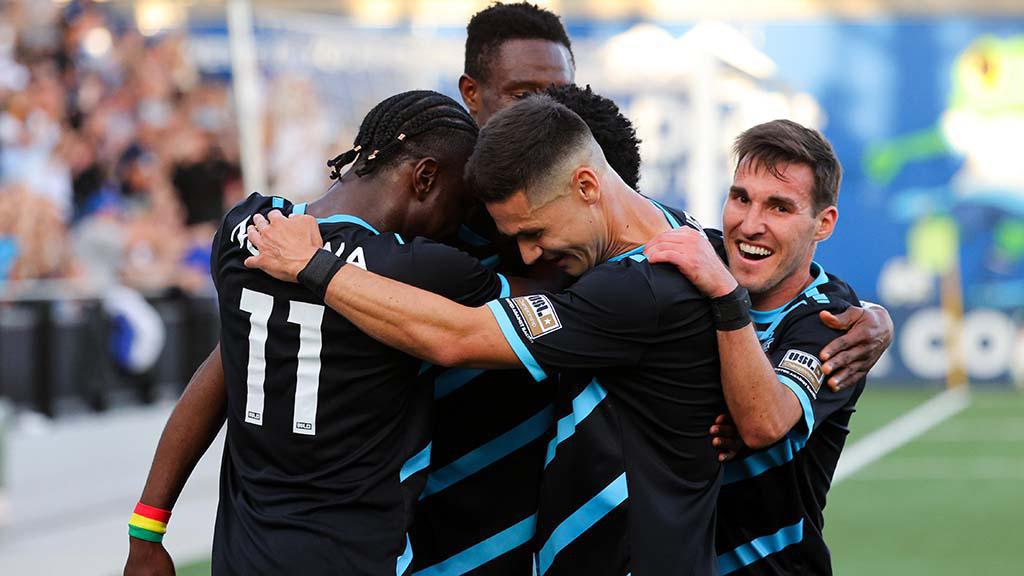 As his sweetly struck, left-footed half-volley screamed into the net midway through the second half at Weidner Field on Saturday, Colorado Springs Switchbacks FC’s Zach Zandi might have thought he’d grabbed the goal of the night for the USL Championship’s Western Conference leaders.

Three minutes later, Michee Ngalina decided it was his turn.

The electric Congolese winger produced one of the most remarkable goals of the season so far as he surged down the right flank and produced a finish from a narrow angle outside the penalty area that caught out absolutely everyone, including Indy Eleven goalkeeper Bryan Meredith, as it zipped in at the near post.

“Speechless,” said Switchbacks Head Coach Brendan Burke. “I mean Zandi’s was with his left foot and his technique was out of this world. I can’t say enough about those guys.”

The pair of goals proved high points in another exhilarating attacking display from the Switchbacks that saw them take a 4-3 victory before a sellout crowd at Weidner Field. Hadji Barry notched a goal and assist, continuing his stellar campaign, while Ngalina’s second of the night after a well-taken opener off an assist by Cam Lindley proved key as Indy fought back to try and earn a result late, with Miguel Arteaga’s second goal for the visitors coming just too late in stoppage time.

That defensive side of the performance was a disappointing one for Burke, whose side has had similar lapses previously this season against teams like Rio Grande Valley FC – where the Switchbacks had to hold on for a 3-2 win after holding a three-goal lead – and Monterey Bay F.C., which handed Colorado Springs one of its two losses this campaign earlier this month.

“We weren’t good in the first 25 minutes out in LA, and we had big spells where we weren’t good tonight,” said Burke. “When we are good, we’re almost unstoppable. I’m really happy where we are as a group, but we do need to put together a 90-minute performance. And it probably has to happen next weekend.” 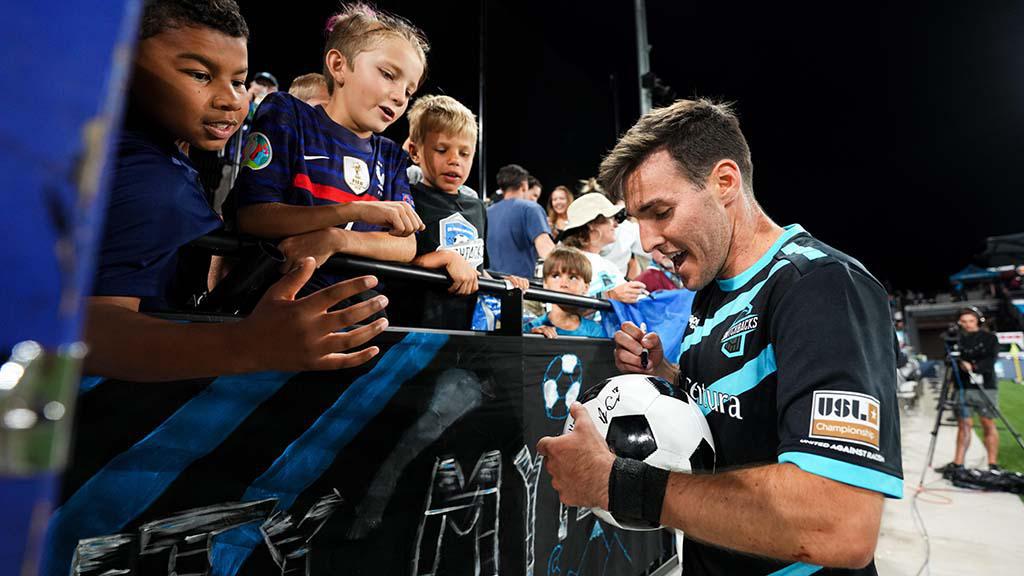 The game next weekend is one of the biggest so far in the Championship’s regular season. Second-placed San Antonio FC comes to Weidner Field for a Friday-night showdown that will be a must see. SAFC’s 1-1 draw with Oakland Roots SC on Saturday at Toyota Field moved the Switchbacks two points ahead in the standings, but the challenges Colorado Springs has had against the Texan side – against which it went winless in four meetings a season ago – only adds to the importance for Burke and his side to earn a positive result.

“It’s still early in the season, so you don’t want to over-emphasize it,” said Burke. “But believe me, there’s no love lost there.”

With the quality the Switchbacks have produced in the attacking third so far this season, though, the buzz around Weidner Field on Saturday night only added to the belief the side is currently bringing to the table.

“That’s class,” said Barry. “We’re all happy for them. We were all jumping in, buzzing for them. That’s what you want to see, you want to see your teammates succeed and when they succeed that means your team is doing well. We see that every day and training and it’s good to do that in front of the fans.”