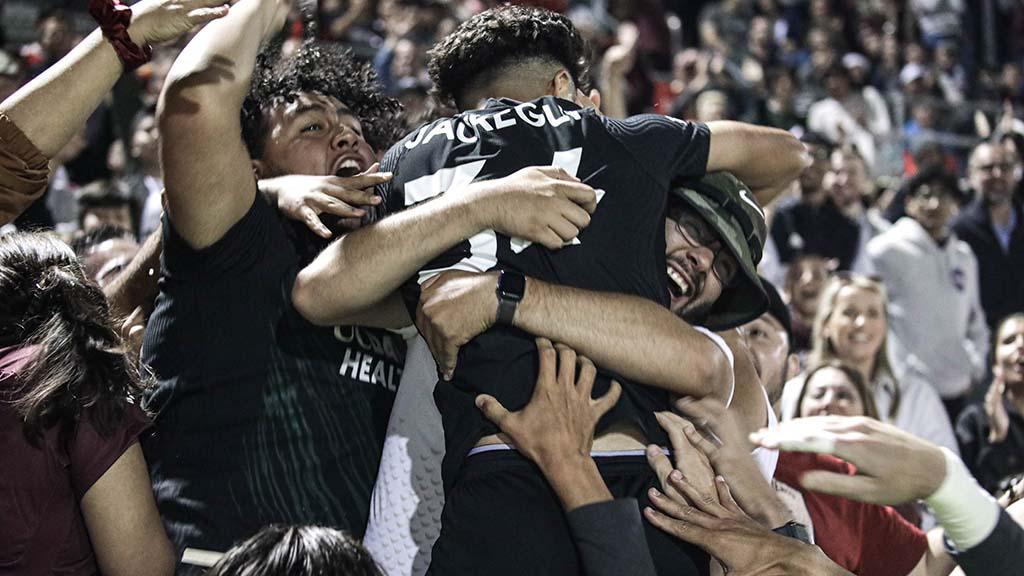 So, you’ve scored your first goal in the professional ranks.

Luckily for Sacramento Republic FC 17-year-old Rafael Jauregui, he had a plan.

“I was talking to my cousins and parents and was like, ‘what am I going to do when I score?’” said Jauregui. “They were like, ‘oh, you should run over there’ [towards their seats]. They always sit over there and so that's what I did, and everyone was just on me.”

Jauregui’s goal with just over 20 minutes remaining helped Republic FC seal a 2-0 victory against the LA Galaxy II on Saturday night at Heart Health Park. The result added to Sacramento’s undefeated record at home this season and pulled the club into a four-way tie on 25 points for third place in the USL Championship’s Western Conference standings.

Handed a third start this season as Head Coach Mark Briggs rotated his lineup ahead of a meeting with the Galaxy’s MLS squad on Tuesday in the Quarterfinals of the Lamar Hunt U.S. Open Cup Quarterfinal, the third-year pro made the most of his opportunity. Jauregui intercepted a pass out of the back by a Los Dos defender and quickly sprang forward before his shot from 20 yards wrong-footed Galaxy II goalkeeper Richard Sanchez.

The Republic Academy product puts one home in front of the home crowd! #SACvLA | @SacRepublicFC pic.twitter.com/Dy4xRFiV8V

“I just jumped out of my seat,” said Republic FC all-time goalscoring leader Cameron Iwasa, a guest in the broadcast booth for the game after his offseason retirement. “I’m fired up. As we talked about earlier, this kid works so hard and is so talented. Man, that’s so awesome to see.”

It was almost a fitting moment in a week when the young talent in the USL Championship had come to the fore. From the record-transfer sale of 18-year-old Kobi Henry by Orange County SC to Ligue 1 club Stade de Reims in France to a game-changing display off the bench by New Mexico United Academy product Cristian Nava, the excitement over which player could be next to make a top-flight move has been front and center.

For Briggs, a player like Jauregui is a candidate. Signed to a professional deal as a 15-year-old in December, 2020, the Sacramento-area native was a notable talent in Briggs’ eyes from the moment he arrived at Republic FC three years ago.

“He's just got a natural feel for the game that you can’t coach,” said Briggs. “He makes the right movements, obviously technically he is clean, but his brain and his football IQ, soccer IQ is extremely high level. And I think you've seen the first half here he's got three men around him, he takes a negative touch, one player steps in, he pushes it through his legs and plays a ball down the line. That's high-level right? You don't see that. 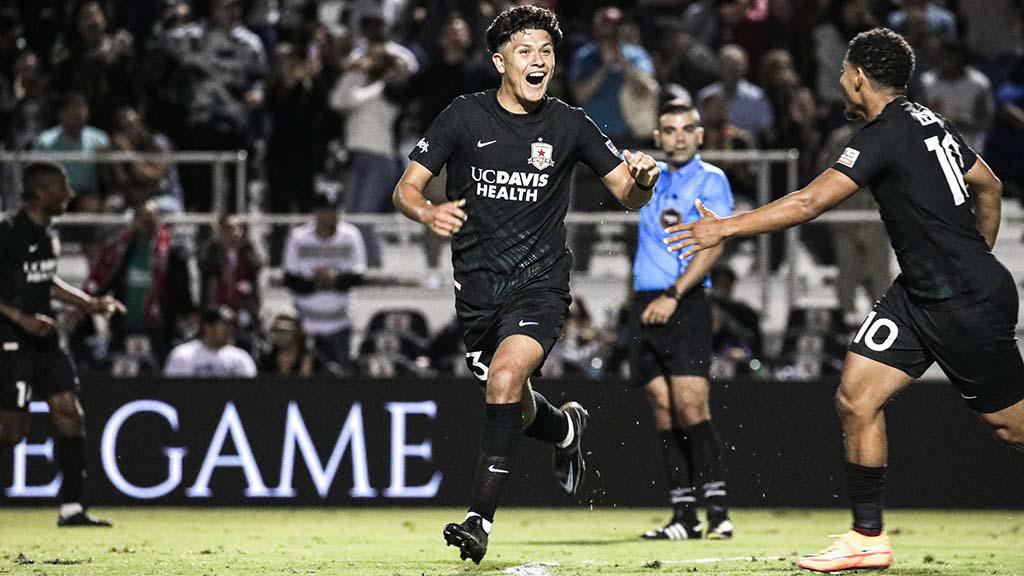 For Jauregui, his family and Republic FC’s fans it was a night to remember. It also could just be the start of what’s to come.

“I thought [my performance] was decent,” said Jauregui. “I had that goal to top it off. For me, this was a perfect night, we got the win, and I got my goal. I can't ask for much more.”