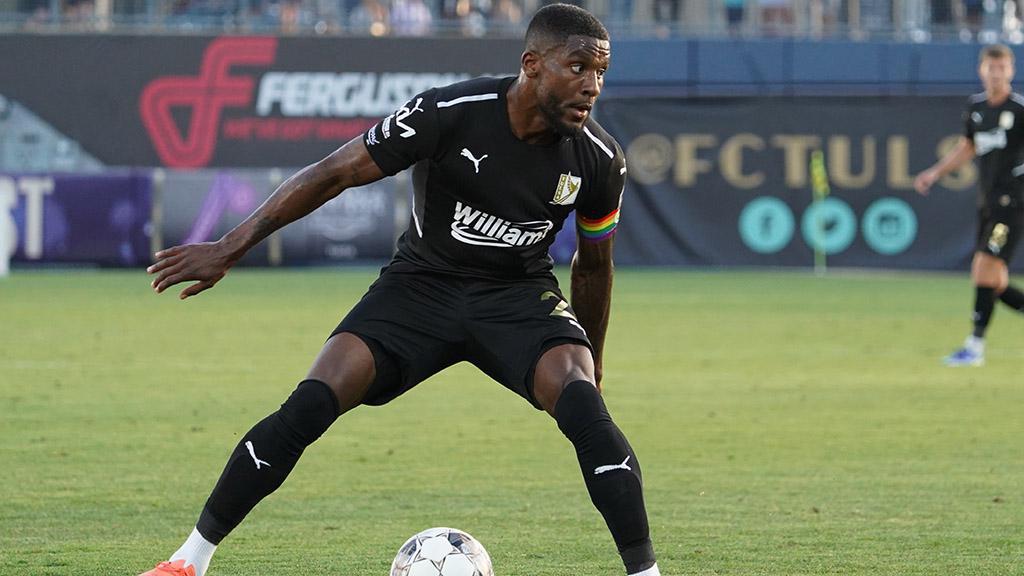 A decade after first arriving in the city as a freshman at the University of Tulsa, current FC Tulsa captain Bradley Bourgeois is a leader on and off the field for the club. | Photo courtesy FC Tulsa

During downtime, Bradley Bourgeois walks through historic areas of Tulsa.

That regularly takes him to Greenwood Avenue and the site of Black Wall Street, where just over a century ago a thriving Black community was forging its own path of self-determination.

The emotion of what it represents is impossible to avoid.

“It’s the living history of it,” said Bourgeois recently. “The fact that we walk through downtown and we’re walking in areas where there was such a rich black history. Being able to walk where they were, where they stood. To see the monuments, to be able to see the churches that still stand, the homes that are there. It’s sad, but it’s also something that’s just so beautiful because of the fact of what they were trying to create.”

It has been a decade since the current FC Tulsa captain first arrived in the city known as “the Oil Capital of the World.” Then, he was a freshman preparing for his first semester at the University of Tulsa as part of the Golden Hurricane’s men’s soccer program.

A native of Houston, Texas, Bourgeois was well versed in African American history by his father and family. The commemoration of Juneteenth was an annual tradition, while defining moments such as the Tulsa Race Massacre in 1921 provided Bourgeois the full picture of the Black experience in America, something he valued greatly as he made his decision on where he would attend college.

“Yeah, that was something that my dad had educated me on before making my decision,” said Bourgeois. “It was between three or four schools, and we came here on a visit, we made sure that we came down and saw Black Wall Street, and it’s more than just the street. … It’s something that I wouldn't have been able to make my decision to come to the University of Tulsa without knowing, because I didn't want to just be in a place, in a community, without knowing its past.”

Previously underexposed nationally, the events of a century ago have moved firmly into the spotlight, with the Greenwood Rising Black Wall St. History Center playing a major role in telling the history of the city as it was prior to the tragedy that devastated the community. Opened last year after funding from numerous local sources – including a $25,000 donation by FC Tulsa and owners the Craft family – the museum has provided a resource for visitors to understand the importance of what was occurring then, and the lessons that still apply to society today.

“It’s hard history,” said Trey Thaxton, CEO and Founder of Greenwood Ave. “There’s a massacre that happened. Hundreds of people died, businesses were destroyed, family legacies were cut short. You can’t ever escape that part of it.

“But I believe that the story of Greenwood does help us to start the conversation in a broader scale. I know a lot of visitors that come through there, they’ve never even lived in Tulsa. They have never heard about their history. So, to be able to go through and get a survivor’s account, get a descendant’s account, get a bird’s eye view of what was happening not just in Tulsa but nationally at that time, it is a really moving experience.” 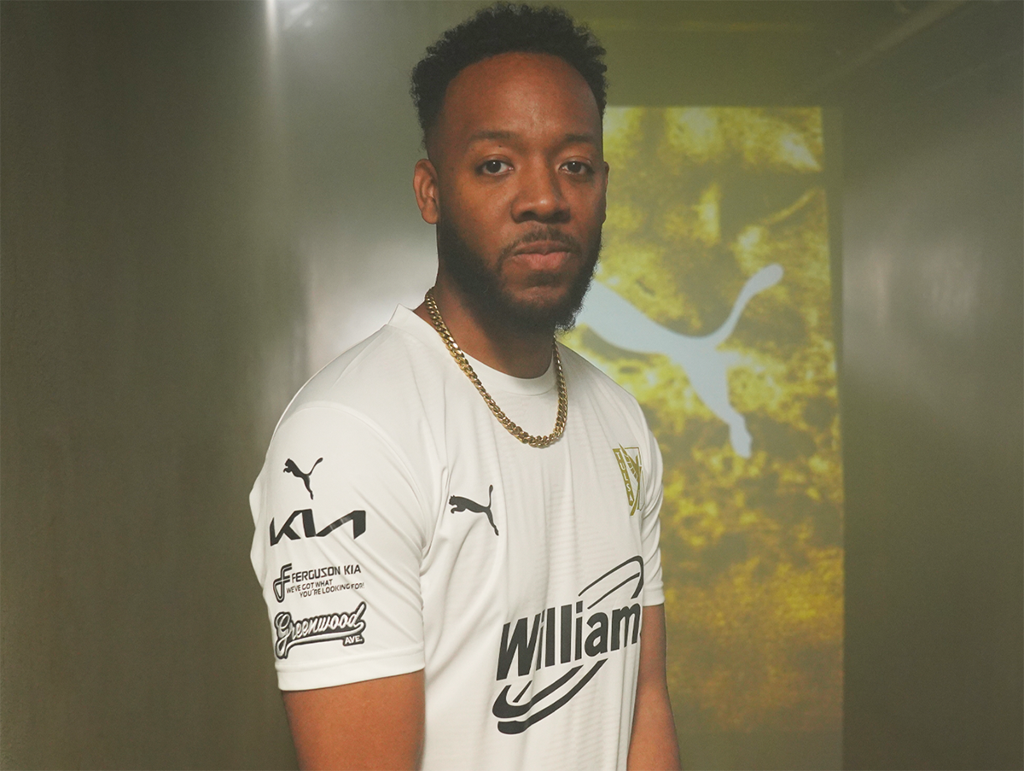 CEO and Founder of Greenwood Ave. Trey Thaxton designed the sleeve patches that have features on FC Tulsa's jerseys the past two seasons and has exhibits featured at Greenwood Rising in downtown Tulsa. | Photo courtesy FC Tulsa

A designer and activist, Thaxton directed the film that first greets visitors to Greenwood Rising. He was also the creator of the Greenwood Ave. sleeve patch that has adorned FC Tulsa’s jersey for the past two seasons to celebrate Black entrepreneurship and excellence in Tulsa. All proceeds from individual sales of the patch, and a portion of the proceeds from jerseys on which it features, are being donated by the club toward the creation of the Black Wall Street Memorial which will sit in the heart of the historic Greenwood District in the city.

“I’m very proud to be a part of the fact that the owners in this organization have taken such consideration and been such a positive light in this community,” said Bourgeois. “And not only just this topic, but being able to be involved in the community, that’s really made me very proud to be a part of this club. Just the fact that we’re not only talking about it, but we’re about what we’re talking about. We’re making actions in this community in a positive way.”

The community-level focus FC Tulsa has shown – including players and staff receiving historical tours through the Greenwood District of north Tulsa led by Chief Egunwale Amusan, the president of the African Ancestral Society – has been appreciated by Thaxton as well.

“We were going to design a different patch, and it ended up they liked the idea of partnering with Greenwood,” he said. “For them to be able to do that, I think it speaks to the spirit of Greenwood. It wasn't just [Black businesses], you know. There were Jewish businesses there. There were Native Americans there. It really was a collaborative effort. So, I think this really, to me, shows what that was and what it still can be.” 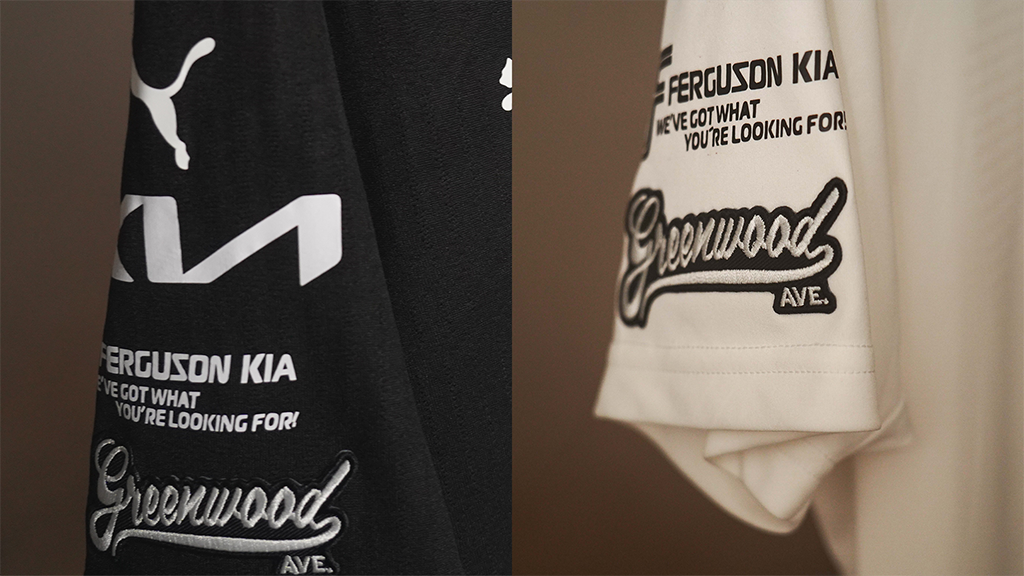 Proceeds from individual sales of the Greenwood Ave. patch that has featured on FC Tulsa's jersey the past two seasons are being donated by the club toward the creation of the Black Wall Street Memorial. | Photo courtesy FC Tulsa

As Juneteenth is celebrated across the country this weekend, including necessary conversations on how to move forward in creating a more equitable society, for both Bourgeois and Thaxton the spirit of Greenwood and what it represents is now as alive as ever.

“It is not just a moment in history, but it was a community. It was a very strong, thriving community, that was doing very positive and inspirational things in this small little area,” said Bourgeois. “The fact that it caused so much trouble with what they were doing means they were onto something very amazing.

“It’s very sad it was taken down, but the most important thing is this community, this organization, and what we’re trying to do to bring it to the forefront. Every time I see the Greenwood Avenue patch, I mean it honestly, it is beautiful. It really is, and I’m just glad we’re representing it and we have it on our sleeve every time we go out and play.”