Digging into Oakland’s last-gasp heroics, Indy’s standouts for Soca Warriors, and upcoming milestones across the league 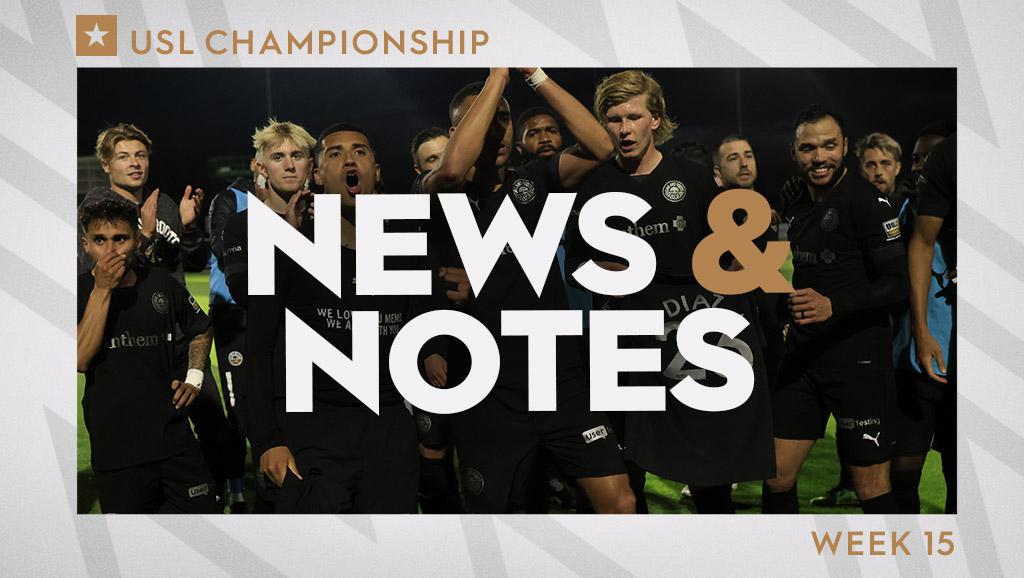 Oakland Roots SC has been the most prolific team late in games this USL Championship season with 12 goals in the final 15 minutes or stoppage time. | Photo courtesy Oakland Roots SC

Welcome to the USL Championship’s weekly News & Notes, where this week we look at the late-game success being earned by Oakland Roots SC this season, the latest move across the Atlantic from the USL Championship, and international success by a pair of Indy Eleven notables.

Here’s more on all that, and upcoming player milestones and the weekly Discipline Report ahead of this week’s action.

OAKLAND CONTINUES LATE-GAME HEROICS
Oakland Roots SC maintained its current seven-game undefeated streak on Saturday night with a pair of goals by Juan Carlos Azocar in the 78th minute and Charlie Dennis in the 88th minute to earn a 2-2 draw against Rio Grande Valley FC at Laney Stadium. The pair of goals moved Roots SC to 12 goals this season following the 76th minute, the most in the Championship so far this campaign.

Through 16 games, Roots SC is almost halfway to the USL Championship season-high for late-game goals since records became available in 2017. That mark of 26 goals is currently held by Orange County SC in the 2018, in which OCSC finished first in the Western Conference standings. 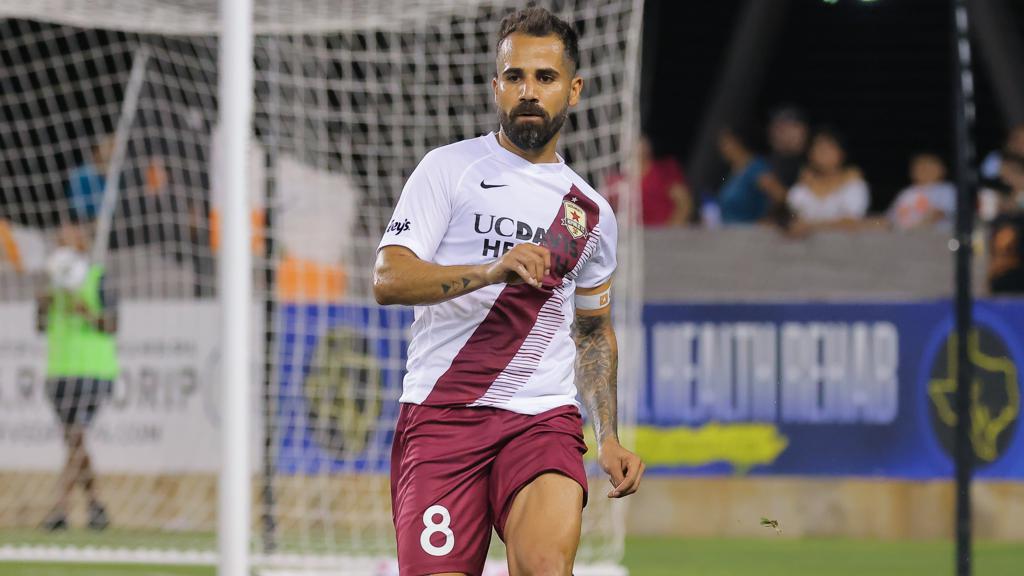 Sacramento Republic FC’s Rodrigo Lopez became the eighth player in the USL Championship’s history to record 35 regular-season assists this past Saturday as he provided the helper on Keko’s goal in Republic FC’s 2-0 victory against Detroit City FC at Keyworth Stadium. Previously the Championship’s all-time assist leader prior to seasons spent in the top two flights in Mexico, Lopez is also the sixth player to record both 30 goals and 35 assists in his career in the league.

MAKING THE MOVE ACROSS THE ATLANTIC

Orange County SC’s Kobi Henry became the fifth player to be transferred to a European club in 2022 on Tuesday, continuing the growing path for top young players from the USL Championship to top-flight leagues on the other side of the Atlantic. The 18-year-old – who alongside former Louisville City FC standout and 2021 USL Championship Young Player of the Year Jonathan Gomez became the first active Championship player called up to a senior United States Men’s National Team camp last December – joined Ligue 1’s Stade de Reims for a reported USL-record transfer fee.

The recent international break saw a pair of Indy Eleven players feature prominently as Trinidad and Tobago remained in contention for an automatic berth at the 2023 Concacaf Gold Cup and promotion to Concacaf Nations League A for the next edition of the tournament. Neveal Hackshaw and Noah Powder each recorded a pair of goals in three victories for the Soca Warriors, with Hackshaw scoring the only goal off a corner kick by Powder against the Bahamas on June 6 before recording the opening goal in the side’s 2-0 win against St. Vincent and the Grenadines on June 10 for his first two goals at the international level.

Powder, meanwhile, scored twice as Trinidad and Tobago downed St. Vincent and the Grenadines in the second game of their home-and-home series in Group C on Monday night. The Soca Warriors are now a point behind Nicaragua for first place in the group with the teams set to meet in Port of Spain next March 27 where an automatic berth in the Concacaf Gold Cup will likely be at stake. 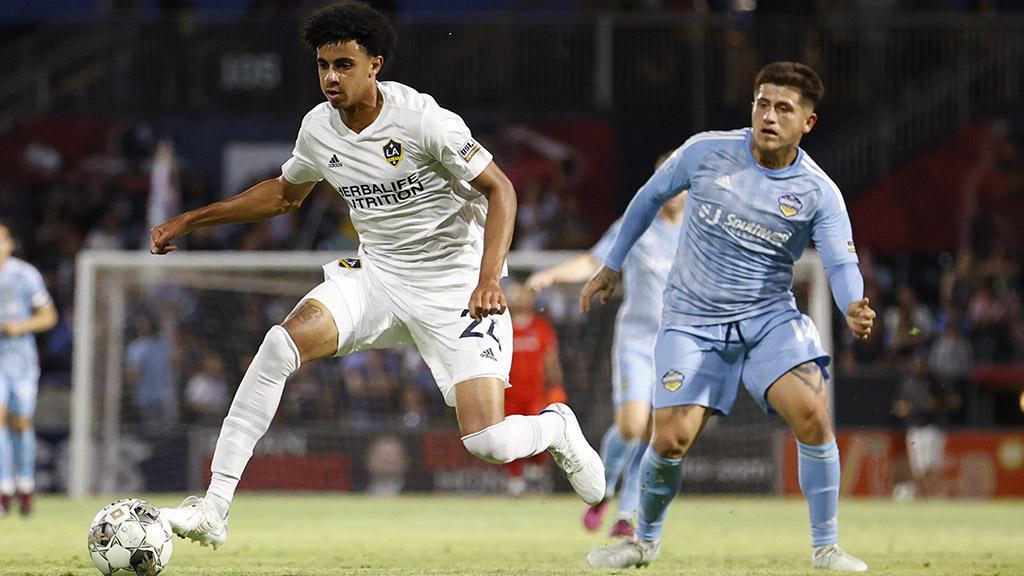 The United States U-20 Men’s National Team will open the 2022 Concacaf U-20 Championship on Saturday in Honduras with the largest contingent of USL Championship and League One alumni in its ranks in the league’s history. Seventeen players named by Head Coach Mikey Varas have previously played in the USL’s two professional tiers, with recent El Paso Locomotive FC transfer Diego Luna among five players that have competed in the Championship this season. In the prior cycle in 2019, 12 players with USL Championship experience were named to the final FIFA U-20 World Cup squad, including players such as Mark McKenzie who have since gone on to become senior internationals.

Overall, the U.S. U-20s have a cumulative 290 appearances in the USL Championship, recording 20,260 minutes of action, 39 goals and 24 assists. The squad also includes League One alumni that have made 45 appearances and recorded 3,926 minutes of action, while featuring the past two League One Young Player of the Year award winners in goalkeeper Chris Brady (2020, Forward Madison FC) and Noah Allen (2021, Fort Lauderdale CF). 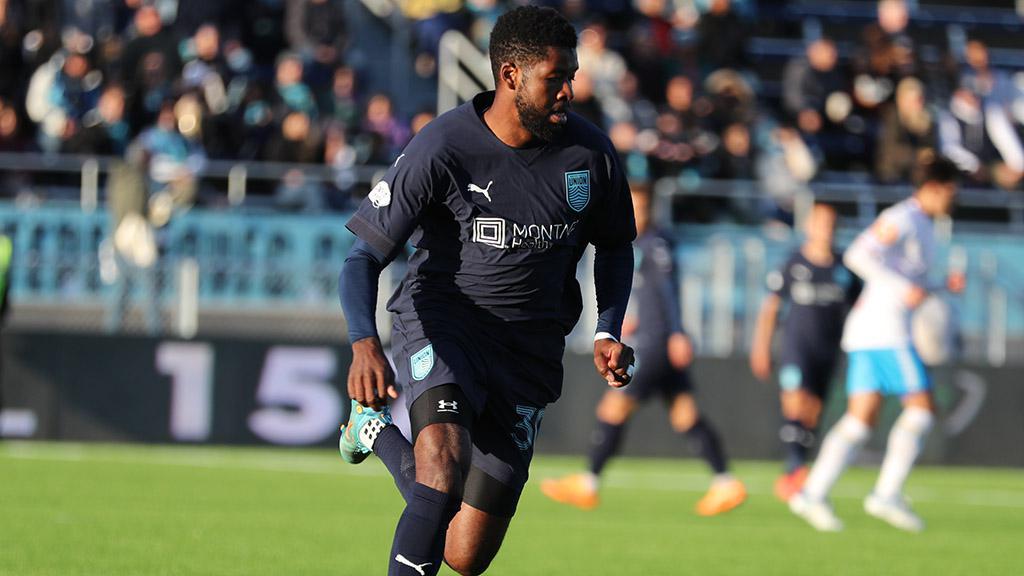 Monterey Bay F.C.'s Kai Greene is on course to make his 150th regular season appearance in the USL Championship on Wednesday night as the side visits the LA Galaxy II. | Photo courtesy Monterey Bay F.C.

Hartford Athletic Head Coach Harry Watling has been suspended for one game following his red card for abusive language during his side’s contest against San Diego Loyal SC on June 11. Watling will serve his suspension during Hartford’s contest against Memphis 901 FC on Wednesday night.

Phoenix Rising FC’s Manuel Madrid has been suspended for one game following his red card for denial of a goalscoring opportunity against El Paso Locomotive FC on June 11. Madrid will be unavailable for selection in Phoenix’s contest against Loudoun United FC on Saturday night.

Monterey Bay F.C. Hugh Roberts has been suspended for one game following his red card for two cautionable offenses against San Antonio FC on June 11. Roberts will be unavailable for selection in Monterey Bay’s contest against the LA Galaxy II on Wednesday night.

Sacramento Republic FC’s Rodrigo Lopez has been suspended following his eighth caution of the season against Detroit City FC on June 11. Lopez will be unavailable for selection in Sacramento’s contest against the LA Galaxy II on Saturday night.