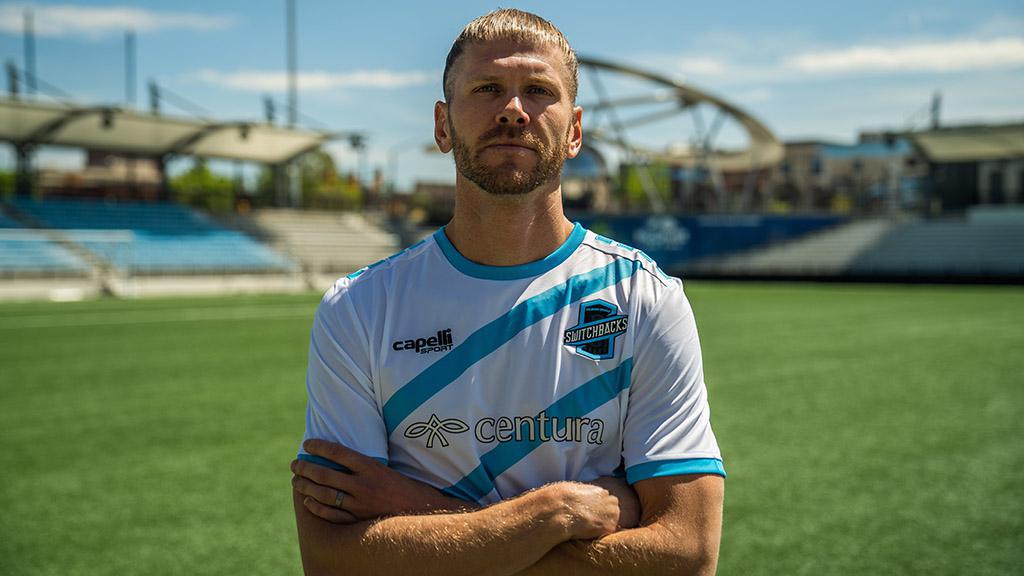 COLORADO SPRINGS, Colo. – Colorado Springs Switchbacks FC announced on Wednesday the club had signed forward Aaron Wheeler, who will make his return to the professional ranks for the first time since 2017 in Colorado Springs. Per club policy, the details of the signing have not been made public and is pending league and federation approval.

“We felt that it was important to add experience and a player with a different physical profile to our locker room as our game schedule starts to become more congested in the coming weeks,” said Switchbacks General Manager and Head Coach Brendan Burke. “We have worked with Aaron at various levels before including MLS and felt that his work ethic, experience and technical tools would give us a different dimension. We are all looking forward to working with him again and getting him back to his best.”

Wheeler competed collegiately at both Lenoir-Rhyne University and Towson University, and during this time he competed in USL League Two for both the Hampton Road Piranhas and Reading United AC. Wheeler was voted League Two’s Most Valuable Player in 2009 while competing for Reading as he led the league with 17 goals during the regular season.

The Baltimore native made his first professional debut in 2010, after signing with FC Tampa Bay, where he scored four goals in 19 appearances. After an injury that ended his season early with the Fort Lauderdale Strikers in 2011, he signed with FC KooTeePee of the Finnish Ykonen in March of 2012. In January 2013, Wheeler was signed to his first Major League Soccer contract with Philadelphia Union. With them he made 25 appearances before being loaned to Harrisburg City Islanders. Between 2013 and 2017, Wheeler made 43 appearances and scored 12 goals.

“I’m extremely grateful of this opportunity to play for a top-class coaching staff and join a group of men who’ve proven their quality already early on this season,” said Wheeler. “My wife and I are excited about the outdoor lifestyle Colorado Springs will offer us and look forward to integrating ourselves into the community as we get our footing in our new city.”