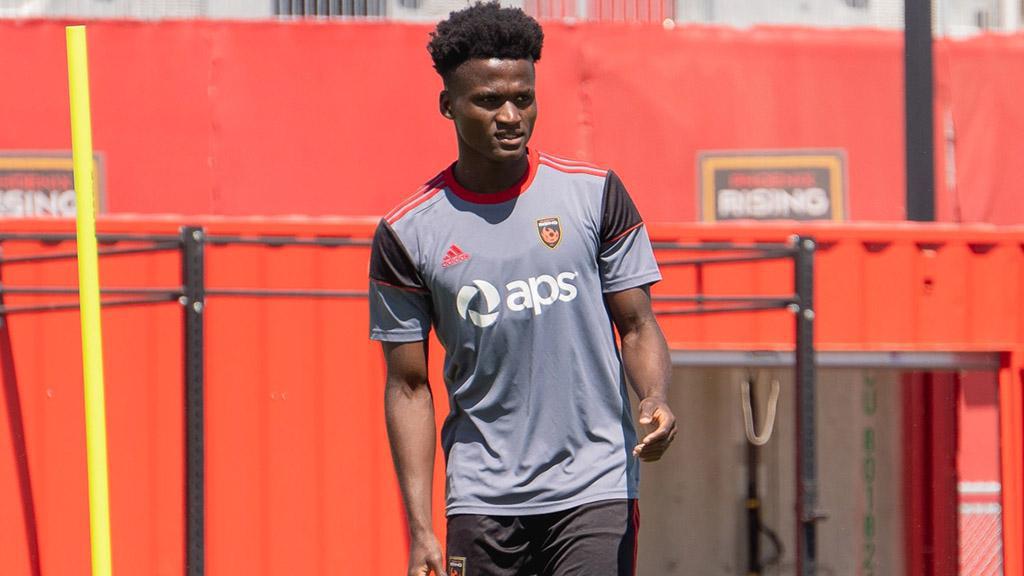 PHOENIX – Phoenix Rising FC announced on Friday it had acquired midfielder Irakoze “Koze” Donasiyano on loan from Major League Soccer’s Nashville SC for the remainder of the USL Championship season. As part of the loan agreement, Nashville SC retains the right to recall Donasiyano at any point this season.

“We are very thankful and excited to add Koze to our team,” said Rising FC Head Coach Rick Schantz. “We have had a few injuries as of late and I feel we couldn’t be getting a more talented, humble, hard-working player.  He is a great competitor and will help us immediately. A situation like this could be truly beneficial to all parties: Nashville, Phoenix and especially Koze.”

Donasiyano was originally acquired by Nashville SC from the University of Virginia with the 20th overall selection in the 2021 MLS SuperDraft, presented by adidas. The midfielder made his MLS debut on June 18, 2021, in a road contest against the New York Red Bulls, logging 27 minutes as a second-half substitute.

The 24-year-old native of Tanzania has also previously made one appearance in the USL Championship during a stint on loan with OKC Energy FC during the 2021 season. At Virginia, the winger scored five goals and added eight assists in 66 matches between 2017 and 2021.