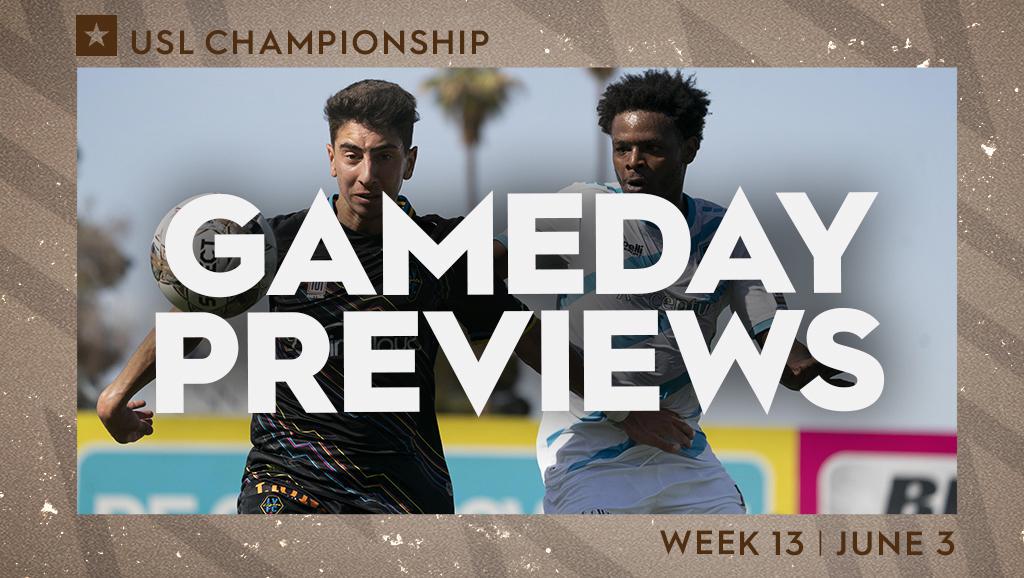 The weekend’s action in the USL Championship kicks off on Friday night as Colorado Springs Switchbacks FC looks to rebound back on home turf at Weidner Field in its second meeting of the season against Las Vegas Lights FC, which is also seeking to get back on a winning track after a strong start to the season.

The Lowdown: Colorado Springs Switchbacks FC return home on Friday night looking to pull level at the top of the Western Conference as they play host to Las Vegas Lights FC, which will try to find a change in form without some key players on international duty. The Switchbacks suffered a 4-2 defeat on the road to Monterey Bay F.C. last Saturday night as they returned to action as goals by Hadji Barry and Elvis Amoh weren’t enough to take victory at Cardinale Stadium. The loss dropped Colorado Springs three points behind San Antonio FC for first place in the West and broke a three-game winning streak for the side. The Switchbacks remain one of the higher-scoring teams in the league, however, with 21 goals in 10 outings this season as Barry has notched four goals and four assists to follow up his 2021 Most Valuable Player campaign while being joined on four goals by Amoh and Michee Ngalina. The hosts will be aiming for a repeat of their 3-2 victory against Lights FC on April 9 in which a pair of goals by Zach Zandi and Cam Lindley five minutes apart rallied the side to victory. Lights FC arrives on a six-game winless streak that continued last Friday night in a 1-0 defeat to El Paso Locomotive FC. The result saw Las Vegas slip out of the playoff positions in the West, and the side will be without six players to international duty on the senior and youth levels including goalkeeper Tomas Romero and winger Roberto Molina, who have been called up by El Salvador for its upcoming Concacaf Nations League slate, and the Mexico U-20 trio of Tony Leone, Nate Ordaz and Christian Torres.

Spotlight Players
Colorado Springs Switchbacks FC – Jeff Caldwell: The Switchbacks goalkeeper had a tricky outing against Monterey Bay, conceding on all four shots on target, and will be aiming rebound in positive fashion back on home turf.

Las Vegas Lights FC – Danny Trejo: The attacker returned to action after a layoff due to injury against El Paso and could retake his place in the starting lineup in what would be a boost to the visitors’ chances.