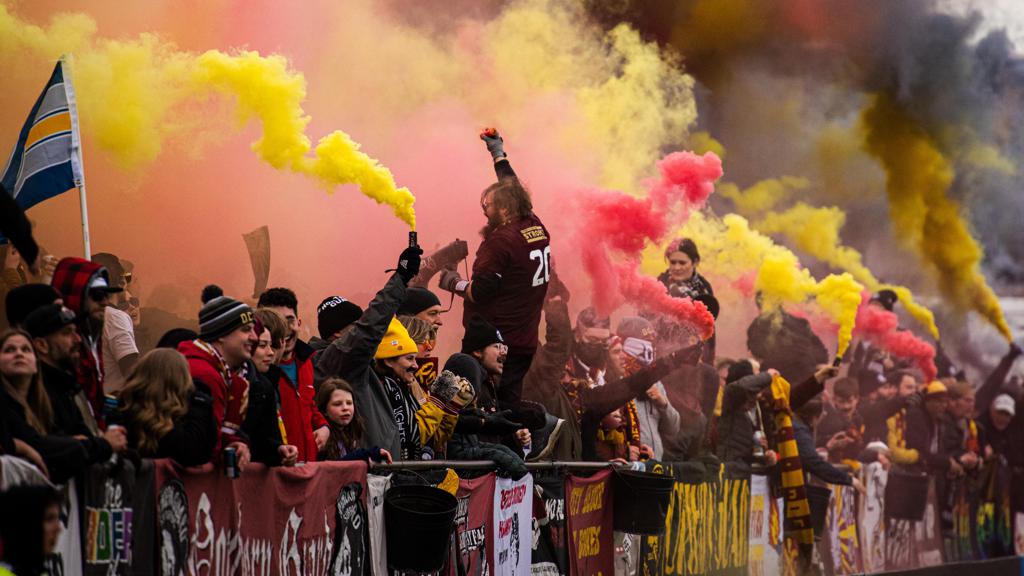 Detroit City, playing its first season in the USL Championship, looks like a title contender and currently sits third in the Eastern Conference, just three points out of first place. Powered by their renowned home fans, Le Rouge have been paced by veteran forward Antoine Hoppenot, who has five goals so far this season.

Locomotive FC has overcome a rocky start to the season to surge into playoff position with a 4-1-1 record in May. Locomotive FC leads the league in scoring with 28 goals this year, led by Argentine striker Luis Solignac (6 goals).

One week later, upstart Hartford Athletic will hope to pull off an upset over perennial contenders Louisville City, winners of the Eastern Conference three times in the last five years. Hartford has won two of its last three matches and recently signed Corey Hertzog, who sits second on the Championship’s all-time regular season scoring charts with 74 goals.

The June 25 match will be Powered by Hisense, the Official Television of the USL, with viewers able to enter to win a 75-inch Hisense television using an on-screen QR code.

The ESPN platforms, including ESPN, ESPN2, and ESPN+, is the exclusive domestic TV partner of the USL Championship and League One, broadcasting nearly 700 matches, including the entire regular season, playoffs, and finals for both leagues.