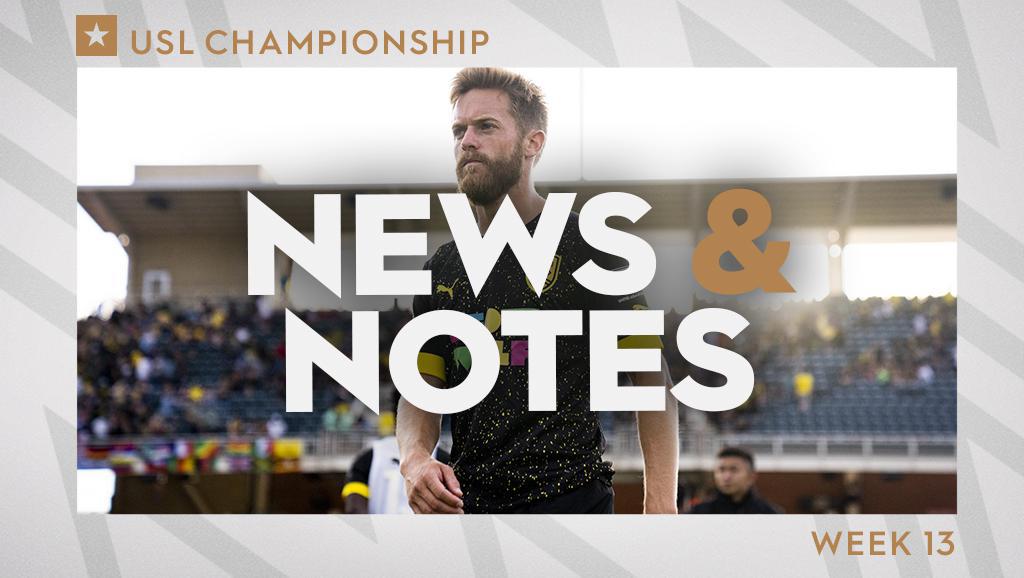 Welcome back to our weekly look around the USL Championship after a week which saw Charleston Battery goalkeeper Joe Kuzminsky deliver at the opposite end of the field to which he’s accustomed, one of the New Mexico United’s all-time standouts join an exclusive club, and a remarkable stoppage-time comeback from the LA Galaxy II.

More on all of those, and a look at upcoming potential milestones for current players and the Week 13 Discipline Report.

The Charleston Battery’s Joe Kuzminsky became only the second goalkeeper in the USL Championship’s history to record a goal in a regular season contest on Saturday night as he scored in the fifth minute of second-half stoppage time to earn the Battery a 1-1 draw against Loudoun United FC.

Kuzminsky joins former Rochester Rhinos goalkeeper Neal Kitson in achieving the feat, with Kitson having scored an equalizer in the 90th minute of a 2-2 draw against Antigua Barracuda FC on June 6, 2011. Kitson’s goal came on a long free kick delivered into the penalty area from inside his own half that was misjudged by the opposing goalkeeper and found the net to claim a point for the Rhinos at Sir Vivian Richards Stadium.

Kuzminsky had previously recorded one assist in the Championship during his career, providing the helper on a goal by Joel Bunting in the Battery’s 2-0 victory against the Charlotte Independence on July 23, 2021. That makes the 28-year-old the first goalkeeper in the Championship’s history to have recorded both a goal and an assist in his career.

The LA Galaxy II rallied to earn a result with a pair of stoppage time goals on Saturday night against San Diego Loyal SC as goals by Preston Judd (93’) and Taylor Davila (98’) after the clock passed 90 minutes claimed a 2-2 draw at Dignity Health Sports Park. The result marked the first time a side had claimed at least a point in the USL Championship when facing a two-goal deficit entering second-half stoppage time since last June, when Phoenix Rising FC rallied for a 2-2 draw, also against San Diego Loyal SC, behind goals from Santi Moar (91’) and Joey Calistri (97’).

There have been four such instances of a team rallying from a two-goal deficit at the start of second-half stoppage time to earn a draw since the start of the 2017 Championship regular season.

NEW MEXICO’S CHRIS WEHAN JOINS 40 GOALS, 30 ASSISTS CLUB
New Mexico United’s Chris Wehan became the 13th player in the USL Championship’s regular season history to reach 30 assists for his career on Saturday, setting up Justin Portillo’s goal in a 2-1 victory against Indy Eleven at Michael A. Carroll Stadium. In the process, the playmaker became only the fourth player to have recorded at least 40 goals and 30 assists in the Championship’s regular season, with the 2017 Championship Rookie of the Year and former All-League selection having netted 44 goals so far in his career.

Two players currently sit on the precipice of joining the quartet of players to have reached this mark, with both Hartford Athletic’s Corey Hertzog (74 goals, 29 assists) and Phoenix Rising FC’s Santi Moar (41 goals, 29 assists) one assist away.

Louisville City FC’s Cameron Lancaster returned to the starting lineup after a preseason injury had sidelined him for the opening two months of the season this past Saturday and delivered a two-goal performance in his side’s 4-1 victory against FC Tulsa that moved him into third place in the USL Championship’s all-time regular season goalscoring list with 73 tallies.

Lancaster passed former Charlotte Independence legend Jorge Herrera on 72 goals and is now only one behind Hartford Athletic’s Corey Hertzog for second place in the list ahead of this weekend’s action. Lancaster’s two-goal outing was his 12th in the Championship’s regular season all-time – placing him tied for third in that category behind the Championship’s all-time scoring leader Dane Kelly (15) and Hertzog (13) and alongside Chandler Hoffman (12).

Lancaster’s pair of goals also extended his lead in the most goals scored for an individual club in the USL Championship’s regular season with 68 in LouCity’s colors, while his strike rate continues to rank as the best among the league’s most prolific goalscorers all-time. Lancaster currently sports a Goals-per-Minute rate of 107.88, the best among players with at least 40 regular season goals in league history. 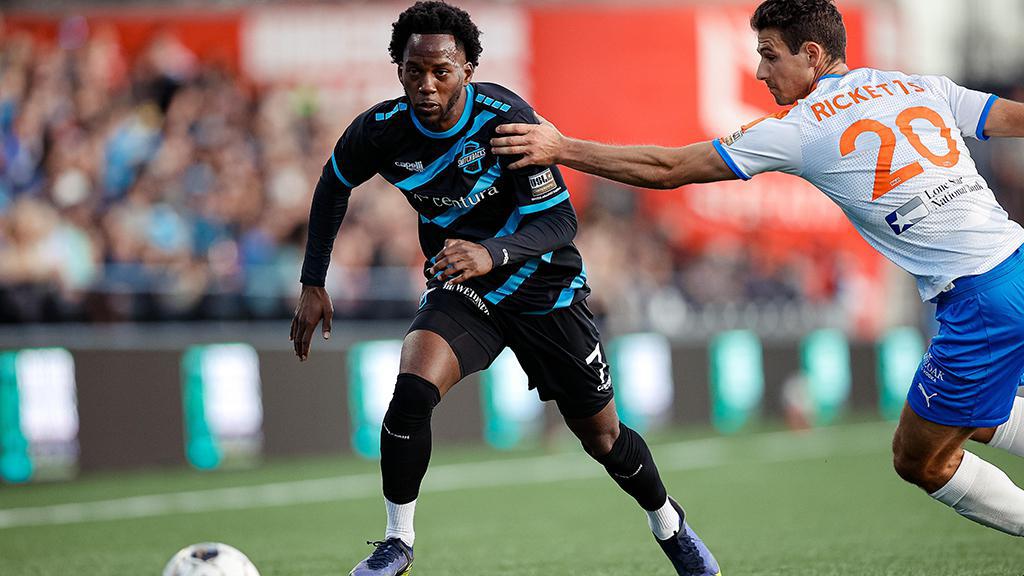 Rio Grande Valley FC’s Erik Pimentel has been suspended for two games following his red card for violent conduct against San Antonio FC on May 28. Pimentel will be unavailable for selection in Rio Grande Valley’s contest against Atlanta United 2 on Wednesday night, and against the LA Galaxy II on Saturday night.

El Paso Locomotive FC’s Luis Solignac has been suspended for one game following his red card for two cautionable offenses against Las Vegas Lights FC on May 27. Solignac will be unavailable for selection in El Paso’s contest against Hartford Athletic this Saturday night.

Loudoun United FC’s Rio Hope-Gund has been suspended for one game following his red card for violent conduct against the Charleston Battery on May 28. Hope-Gund will be unavailable for selection in Loudoun’s contest against the New York Red Bulls II on June 8.