Midfielder joined by Miami’s Williams, who retains place ahead of June internationals 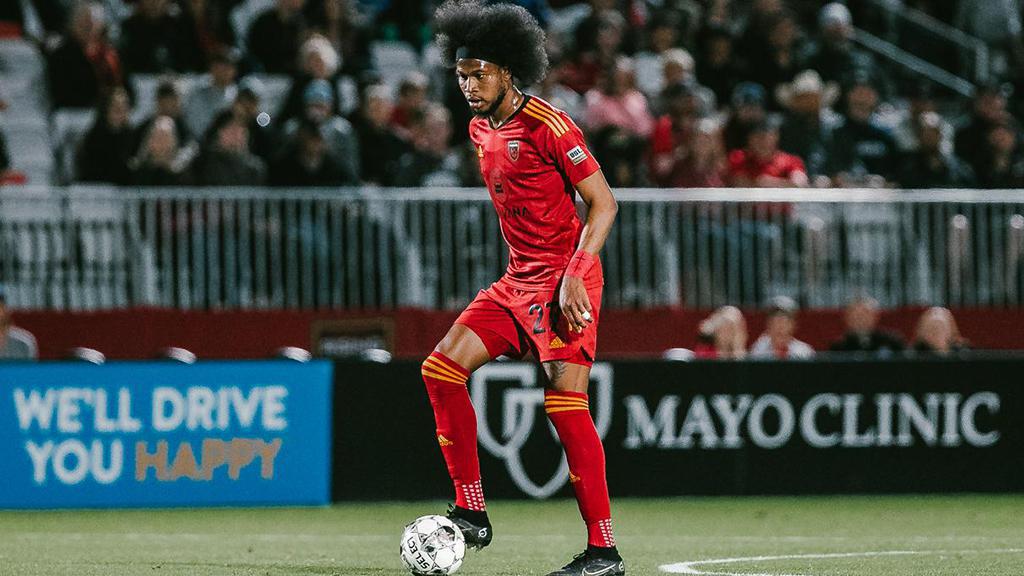 Phoenix Rising FC’s Kevon Lambert has been named in Jamaica’s squad for its upcoming Concacaf Nations League contests in June, signaling a potential return to the Reggae Boyz lineup after almost a year’s absence from international action.

Lambert is joined in the Jamaica squad by Miami FC’s Speedy Williams, who retains his place after featuring regularly over 2022 FIFA World Cup Qualifying earlier this year.

Jamaica is set to face Suriname in a pair of contests in Group A of the Concacaf Nations League A, starting on Saturday at Flora Stadium in Suriname before the sides meet again on Tuesday, June 7 at Independence Park in Kingston, Jamaica. The Reggae Boyz will then face Uruguay in an international exhibition at the Estadio Centenario in Montevideo, Uruguay before closing its opening set of CNL games at home to Mexico on Tuesday, June 14.

Lambert made his return to Phoenix’s lineup this past weekend in USL Championship action after being sidelined by injury and scored in the side’s 2-1 victory against Hartford Athletic for his second goal of the 2022 season. The rangy central midfielder has made 15 appearances for Jamaica in his career, but the most recent came in an international exhibition against Serbia as a late substitute on June 7, 2021.

Williams, meanwhile, appeared in every game of 2022 FIFA World Cup Qualifying for Jamaica since last September to move to 32 appearances for Jamaica in his career. A three-time USL Championship title winner in his career, the 30-year-old has made 11 appearances for Miami this season, posting an 87.5 passing accuracy rate and recording 19 interceptions in central midfield for the playoff contender.