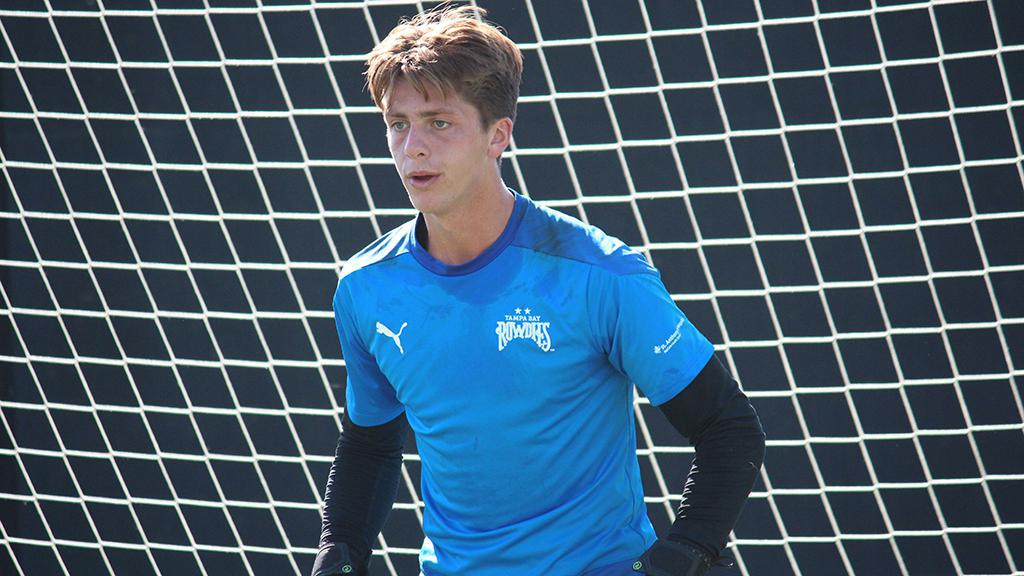 Armstrong joins goalkeepers CJ Cochran and Raiko Arozarena on the Rowdies roster. A native of Palm Harbor, and member of Tampa Bay United’s youth academy, Armstrong has become a regular at Rowdies training in 2022. The 18-year-old has already committed to play college soccer at Wake Forest University starting in the fall.

“Devin has come in and done an unbelievable job for us early in the season when we needed help,” said Rowdies Goalkeepers Coach Stuart Dobson. “He has high standards and he’s a great distributor with his feet, as well as being an excellent shot-stopper. The guys love having him around the locker room because he’s a very likable guy. He’s very outgoing, so he fits in well with the team, and the whole team’s happy for him to be a part of the squad. Not only because he’s a good guy, but because he’s a great ‘keeper.”

Armstrong has been in and around the Rowdies for nearly a year. He was a member of the club’s USL Academy side presented by Bayfront Health St. Petersburg in 2021, splitting time in net with some of the region’s other top young goalkeepers. Armstrong has also gained valuable experience as a part of Tampa Bay United’s USL League Two team as well as the club’s MLS NEXT program over the last year, and has competed previously with Johnson at Tampa Bay United, who signed a USL Academy contract with Green & Gold back in April and made his professional debut in the club’s Lamar Hunt U.S. Open Cup victory against The Villages SC.

“I was goalkeepers coach for Head Coach Keith Savage on the Rowdies USL Academy team and Devin did really well there,” said Dobson. “Devin’s really showed from the USL Academy and his club games with TBU that he holds himself to a very high standard. He just does it over and over again, week in and week out. He just comes up with great performances.”