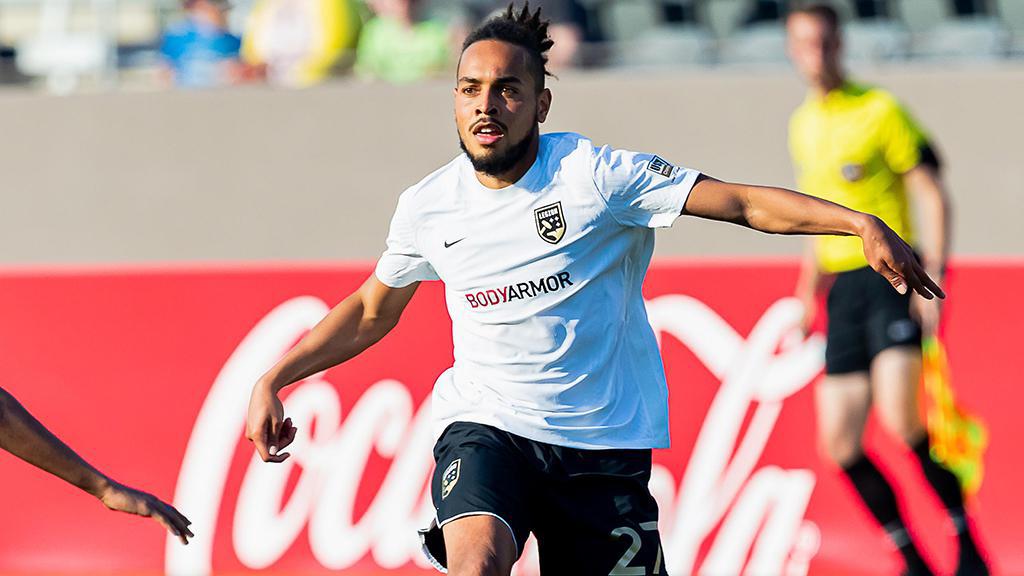 ST. PETERSBURG, Fla. - The Tampa Bay Rowdies announced on Thursday the club had acquired defender Thomas Vancaeyezeele from Birmingham Legion FC in a trade for an international roster spot and a transfer fee.

The experienced French Guiana international arrives in Tampa Bay to help boost a defensive unit that has been hit by injuries over the course of the current campaign for the defending Eastern Conference title holders.

Vancaeyezeele started in four matches and appeared in eight matches overall for Legion FC this year. He joined the club in July last year via a transfer from fellow USL Championship club San Diego Loyal SC and became a regular fixture in the lineup, appearing in 30 appearances for Legion FC to help the club clinch a postseason berth.

The Rowdies have had to make do with limited options in the back since center back Robert Castellanos suffered a fractured ankle 12 minutes into the club’s season opener in March while on loan from Major League Soccer’s Nashville SC. Castellanos has since returned to Nashville to rehab from his injury.

“Thomas is a player we’re very familiar with,” said Rowdies Head Coach Neill Collins. “He’s been in the Eastern Conference for a large part of his career and I feel we’ve been a little bit short with a couple of the injuries we’ve had. Thomas will certainly help address that but also, in the long term, he’s a very versatile player that can play all across the back three and he can play in midfield. All around he’s just a good footballer who knows his way around this league. It’s been very difficult to find a player that makes us better and I think Thomas does that.”

While in Pittsburgh, Vancaeyezeele was teammates with current Rowdies forward Steevan Dos Santos.

“When you’re signing a player, there’s a lot of factors to it and one of them is how he is as a teammate,” said Collins. “Steevan has played with him, speaks very highly of him, and says he fits very well with our values so that’s important. We already know he’s a good player because he’s proven that. He’s fit in well. One of the biggest things, when you make a signing at this point in the season, is how is their fitness? There are free agents out there, but they’ve not played in a long time or trained, whereas Thomas has played games for Birmingham and he’s trained. He’s fitted in well and he looks ready to go.”