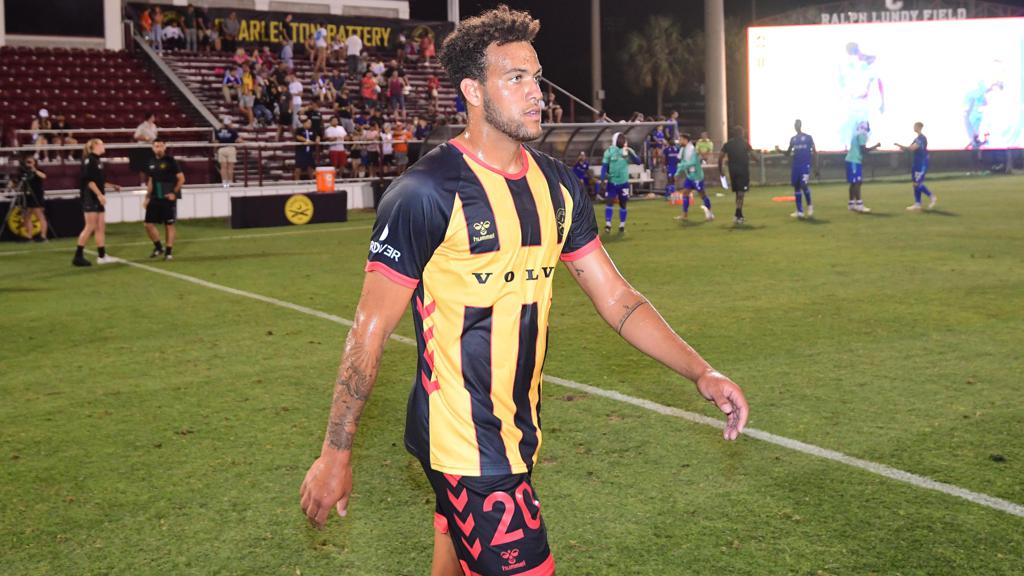 The Charleston Battery's AJ Paterson is set to return to the international stage with Grenada as the side begins its Concacaf Nations League campaign next month against El Salvador and the United States. | Photo courtesy Matt Peacock / Charleston Battery

The Charleston Battery’s A.J. Paterson is set to make his return to the Grenada Men’s National Team next month, with the veteran defender one of five players from the USL Championship named in the country’s squad on Thursday ahead of its opening games in the 2022-23 Concacaf Nations League in June.

Paterson was joined by Battery teammate Benjamin Ettienne, Indy Eleven’s Alex McQueen, Colorado Springs Switchbacks FC’s Kharlton Belmar and El Paso Locomotive FC’s Shavon John-Brown in the squad. Grenada – which was promoted to League A after claiming victory in its group in League B in the prior edition of the tournament in 2019 – was drawn in a group with El Salvador and the United States, with three games set for early next month.

Paterson returned to action for the Battery this past weekend against Miami FC after being sidelined through injury for the early part of the 2022 USL Championship season. The 26-year-old has made 16 appearances for the Spice Boyz in his career and captained the side three years ago as it clinched its group with a 3-2 win against Belize in the final round of contests. Coached by former New England Revolution standout Shalrie Joseph, Grenada’s victory in the CNL sent it to the 2021 Concacaf Gold Cup for the first time in a decade.

The remaining quartet have featured previously this year for the side, with Belmar bringing extensive experience in the Championship over his career with 180 appearances, 44 goals and 21 assists in the league’s regular season. The remaining trio are all newcomers to the league this season, with John-Brown having made nine appearances for Locomotive FC, McQueen eight appearances for Indy and Ettienne four appearances for the Battery.

Grenada will open its CNL campaign against El Salvador at the Estadio Cuscatlan on Saturday, June 4 before playing host to La Selecta in the return fixture on Tuesday, June 7 at the Kirani James National Stadium. The Spice Boyz will then head to face the United States on Friday, June 10 at Austin FC’s Q2 Stadium.