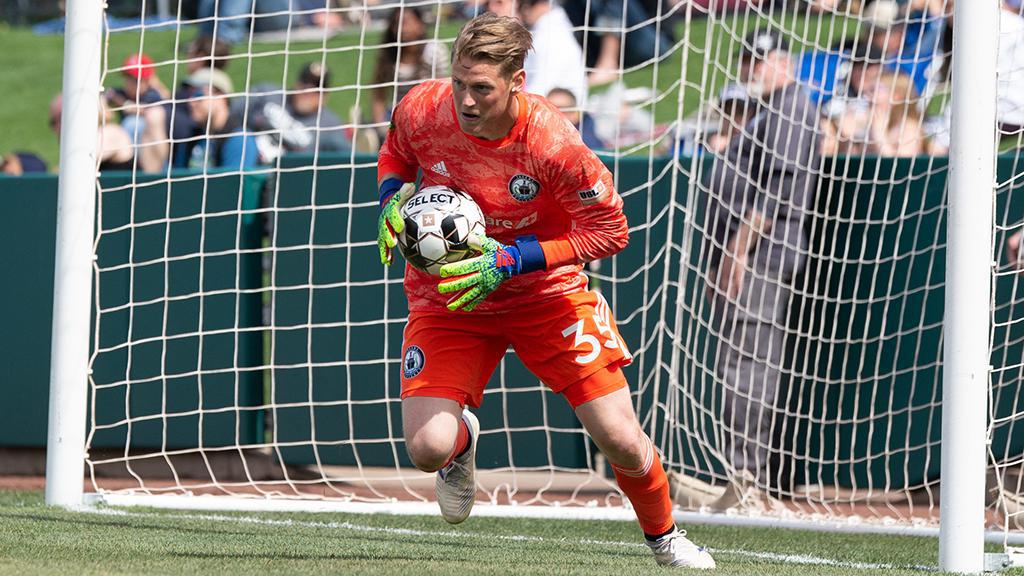 INDIANAPOLIS – Indy Eleven announced on Thursday the club had acquired goalkeeper Bryan Meredith on loan from Major League Soccer’s Nashville SC for the remainder of the 2022 USL Championship season. Per club policy, financial details surrounding the agreement, which is pending federation approval, will not be released.

Meredith arrives two days following Nashville’s recall of previously loaned goalkeeper Elliot Panicco from the Boys in Blue, providing another experienced veteran for Indy as it prepares for Saturday’s game against New Mexico United at Michael A. Carroll Stadium.

“I’m excited to get going here with Indy Eleven and to help the squad continue to push for three points every time out,” said Meredith, who joined the Boys in Blue for training at Grand Park on Thursday. “This is a big opportunity for me to get some games under my belt for a club that has been doing really well this season.”

“To have someone with Bryan’s experience joining our goalkeeping corps will provide immense value to our squad every single day,” said Indy Head Coach Mark Lowry. “We welcome the competitive nature and leadership Bryan will add to our squad and thank Nashville SC for continuing to work with our club in a way that benefits both our organizations.”