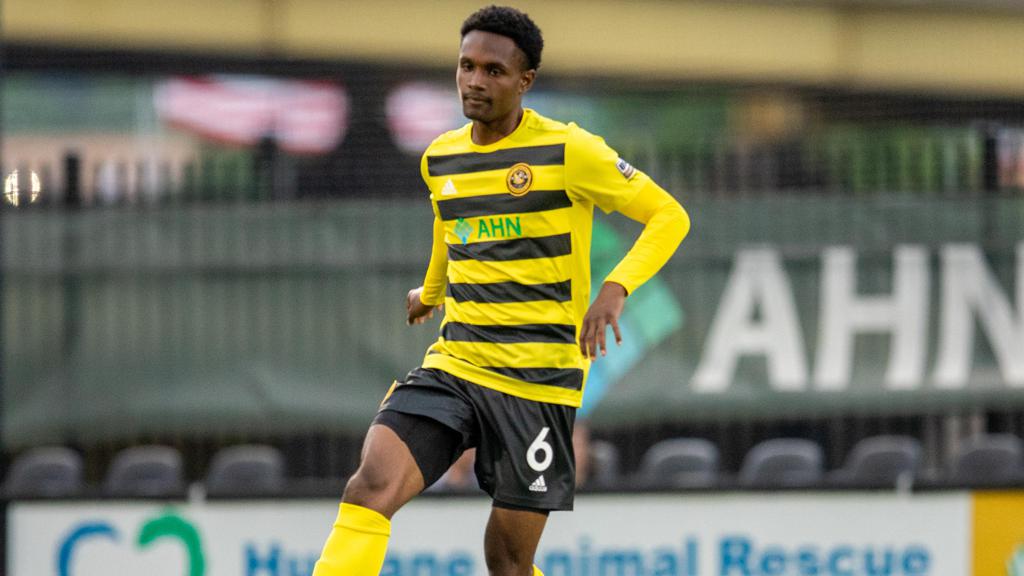 LEESBURG, Va. – Loudoun United FC announced on Wednesday the return of a familiar face to the organization with the signing of defender Jalen Robinson for the remainder of the 2022 USL Championship season.

A Catonsville, Maryland native, Robinson returns to the DMV after a stint with fellow USL Championship club Pittsburgh Riverhounds SC. The 28-year-old signed made 18 appearances for the Hounds during the 2021 season, recording 875 minutes of action while notching 20 clearances and 15 interceptions while posting a 68.7% duel success rate and 74.2% aerial duel success rate.

Prior to his time in Pittsburgh, Robinson spent six seasons with Major League Soccer’s D.C. United. From 2014-2019, Robinson recorded 26 appearances (19 starts) for the Black-and-Red. The defender was signed as D.C. United’s seventh Homegrown player in 2014.

“I’ve known Jalen [Robinson] since he was 16 years old from when I coached him at Wake Forest,” said Martin. “He has tremendous experience in Major League Soccer and great leadership. His mentorship for some of the younger players is admirable and I think he will help stabilize our backline with his quality, athleticism, and composure.”

Loudoun also announced the arrival to the club of Dane Jacomen, who joins after forgoing his final year of eligibility at University of Pennsylvania. The 6-foot-3 goalkeeper originally signed with Loudoun United in January and recently joined the squad for training.

The D.C. United Academy product was awarded the 2021 USL League Two Golden Glove award while playing for West Chester United SC. Jacomen had an impressive run between the sticks in the 2021 League Two season only conceding five goals in 13 games played. In addition, the goalkeeper maintained a 0.41 goals-against average.

“We’re excited to welcome Dane [Jacomen] back as he was a D.C. United Academy player,” said Martin. “He’s an extremely talented goalkeeper with good size and good distribution. We’re happy he’s finally with us.”