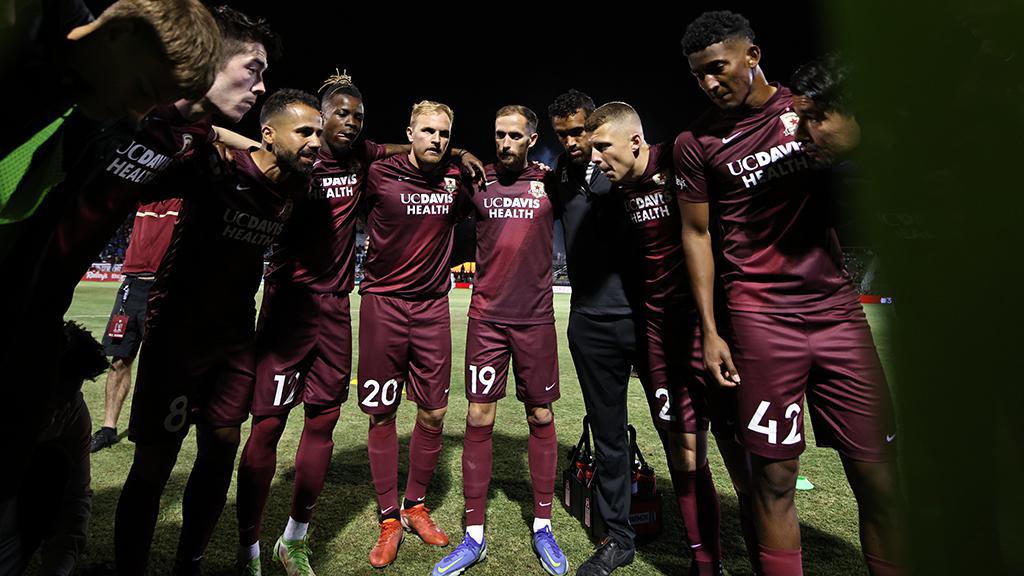 SACRAMENTO, Calif. – For the fourth time in Sacramento Republic FC’s history, it will face the San Jose Earthquakes in the Lamar Hunt U.S. Open Cup.

On Wednesday night, for the first time, it will be on Republic FC’s home turf, something the side from California’s capital will make all the difference as the teams square off at Heart Health Park (10:30 p.m. ET | ESPN+).

Republic FC has gone 15-1 all-time in the Open Cup at its home venue, winning its last 10 outings after a 2-0 victory against fellow Championship side Phoenix Rising FC in the Round of 32 on May 11 behind goals from Luis Felipe Fernandes and Douglas Martinez Jr. and a fine shutout by goalkeeper Danny Vitiello. That record includes two prior victories against sides from Major League Soccer with Sacramento earning a 4-1 win against Real Salt Lake in 2017 and a 2-1 win against Seattle Sounders FC in 2018 in its prior two home games against MLS opposition in the tournament.

Sacramento’s visits to San Jose, while full of entertainment, haven’t provided the same reward. The most recent in 2019 saw Republic FC twice take the lead at PayPal Park on goals by Sam Werner and Villyan Bijev inside the opening 15 minutes but eventually succumb to a 4-3 defeat as Vako Kazaishvili scored twice for the Quakes. Prior to that there was a 6-5 penalty shootout defeat in the 2015 edition of the tournament in which the side lost a two-goal lead and missed a chance to clinch the shootout in the fifth round, and a 2-1 defeat in 2014 in the first meeting between the sides after Republic FC had taken a first-half lead.

As good as Republic FC’s home record in the Open Cup has been historically, the side has also made Heart Health Park a difficult place to visit so far in 2022. Sacramento is 3-0-2 in the league on home turf in addition to its three victories there in the Open Cup this campaign and has conceded only five times in eight games across all competitions. An experienced squad led by midfielders Rodrigo Lopez, Fernandes – who played for three seasons with the Quakes between 2018-20 – and Matt LaGrassa in the middle of the park has also been boosted by offseason arrival Martinez, who has two goals and two assists in the league to lead the attack.

San Jose arrives, meanwhile, on a solid upswing in form since a change at the helm. The departure of former Head Coach Matias Almeyda just over a month ago has been followed by the side posting a 3-1-2 record in MLS and a pair of positive results in the Open Cup. The Quakes advanced to the Round of 16 after defeating Seattle Sounders FC 10-9 in a penalty shootout after the teams ended in a 2-2 draw in Washington state in the last round as goalkeeper Matt Bersano scored the decisive goal after denying fellow goalkeeper Stefan Cleveland of the Sounders to open the 11th round.

As the Quakes try to take the next step to matching their Semifinal run in 2017, Republic FC will be looking to make their homefield advantage tell this time around.