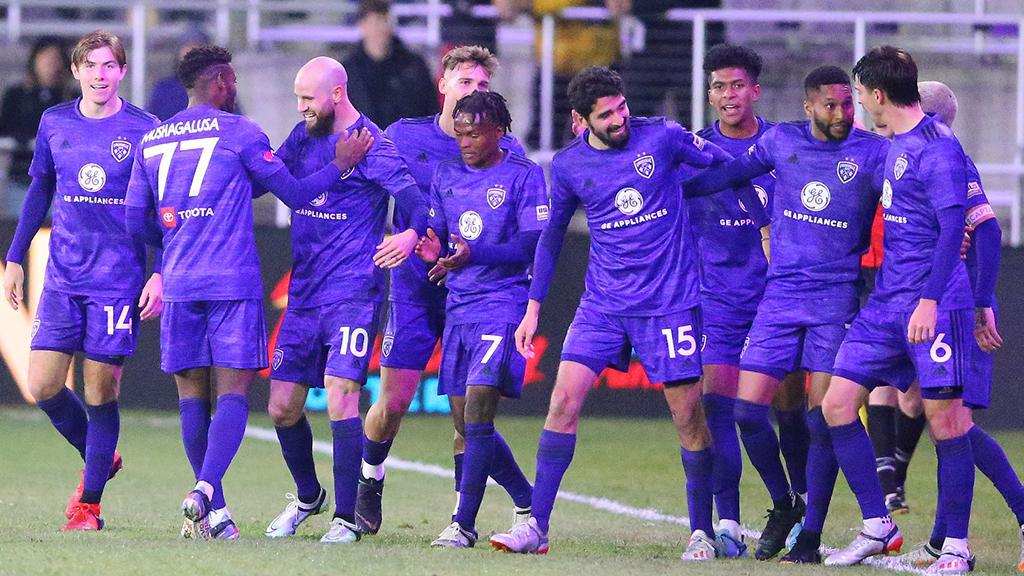 LOUISVILLE, Ky. – Louisville City FC will take its shot to match its best run in the Lamar Hunt U.S. Open Cup history on Wednesday night at Lynn Family Stadium, and it will have a familiar foe to square off against.

LouCity will play host to Nashville SC in the Round of 16 in this year’s Open Cup (7 p.m. ET | ESPN+) in the second meeting in the tournament between the two sides all-time. Four years ago, LouCity took a 2-1 victory against NSC, which at that point was still a member of the USL Championship, at the same stage of the tournament as goals by Paco Craig and Paolo DelPiccolo proved enough at Lynn Stadium on the campus of the University of Louisville.

Seven LouCity players from that 2018 squad remain at the club this season, including DelPiccolo, Brian Ownby, Sean Totsch, and Oscar Jimenez, all of whom started in that prior Open Cup meeting. After going 12 games undefeated across the league and cup to open the 2022 campaign after eliminating fellow Championship club Detroit City FC in a penalty shootout in the last round of the Open Cup, however, the hosts will be aiming to rebound from consecutive defeats as they face top-flight competition for the first time this year.

This past Saturday saw LouCity fall 2-0 to USL Championship newcomer Monterey Bay F.C. in the biggest upset of the league season so far. The loss marked Louisville’s first home loss since last September in all competitions and dropped the side out of first place in the Eastern Conference standings. If the was a silver lining to the outing, however, it was in the return to action of forward Cameron Lancaster, who had been absent since suffering an injury in the final game of preseason in March, as well as a third appearance in the campaign for Jimenez after his return from the sidelines.

The fourth-leading goalscorer in the Championship’s regular season history with 71 goals, Lancaster has history with Nashville, having signed with the side for the 2019 season ahead of its move to Major League Soccer in 2020. The English forward scored five goals in 18 appearances for the Boys in Gold that season but returned to LouCity on loan in 2020 before signing a permanent deal with LouCity in 2021. A season ago he notched his second 20-goal campaign for the side, earning Championship All-League honors for Louisville. The 29-year-old has recorded five goals in eight career Open Cup appearances and will be a player to watch should he see action.

Nashville, meanwhile, boasts a strong squad as it heads to Louisville, led by United States Men’s National Team center back Walker Zimmerman and 2021 MLS Most Valuable Player Hany Mukhtar. NSC advanced to the Round of 16 with a thrilling 3-2 victory against Atlanta United FC as C.J. Sapong scored in second-half stoppage time before Ethan Zubak – a former standout in the Championship for the LA Galaxy II – scored early in extra time to secure the victory.

The visitors were a match for LouCity during their time in the Championship, too, with the sides ending with two wins apiece in five meetings. Nashville’s two wins came on home turf, however, with the side having gone winless in three trips to Louisville previously in the league in addition to falling in the Open Cup four years ago.