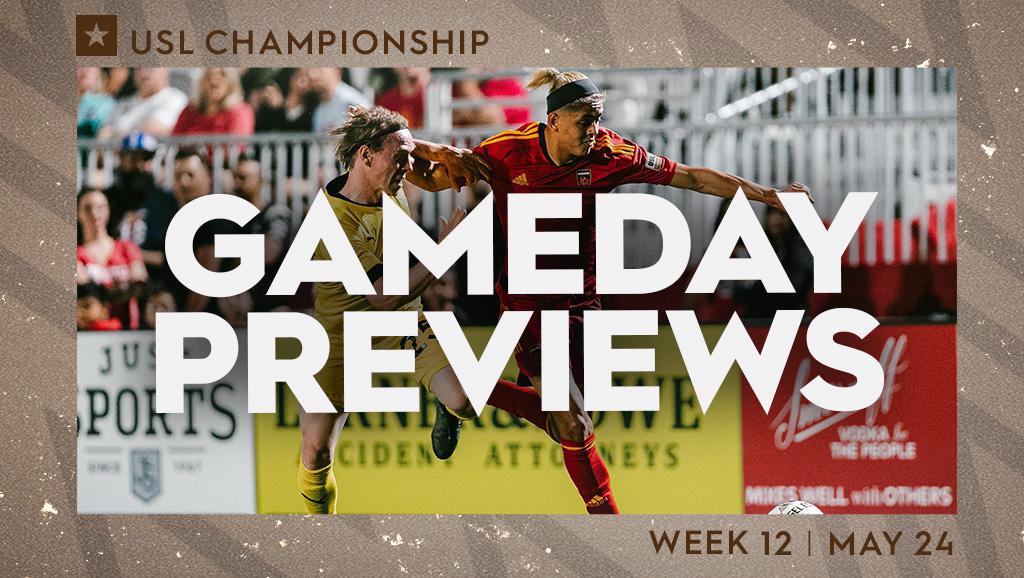 Week 12 in the USL Championship regular season kicks off on Tuesday night with a fierce rivalry clash between New Mexico United and Phoenix Rising FC rescheduled from this past weekend’s slate.

Here’s a look ahead to the action.

The Lowdown: After Saturday night’s postponement, New Mexico United will seek its first official victory against Phoenix Rising FC at the University of New Mexico Soccer Complex while the visitors try to rebound from their last outing. Rising FC suffered a 5-1 loss on May 15 against the Tampa Bay Rowdies, conceding five goals at home for the first time in club history while also becoming the third team in league history to record a pair of own goals in the same contest. The game had opened positively for Rising FC, too, as Luis Seijas scored the opening goal before the Rowdies took over the contest, making the result the first time Phoenix had lost after scoring the opening goal in 34 games. New Mexico will be hoping for better fortune – and a winning result – after twice having fallen to Phoenix earlier this season across a five-day span in both the league and the Lamar Hunt U.S. Open Cup in April. New Mexico was denied by a seven-save shutout by Rising FC goalkeeper Ben Lundt in a 1-0 result that saw Greg Hurst find the net in the first half at Wild Horse Pass, and then fell 2-1 in the Open Cup as Neco Brett scored the goal for the visitors, only for Hurst to score the winner for Rising FC again with nine minutes to go. Brett is set to be unavailable for Tuesday’s contest following his call-up by Jamaican for its exhibition against Catalonia on Wednesday, but the hosts could see the return to action of Devon Sandoval as the first signing in the club’s history returned to its ranks last week following his recovery from a heart condition that shortened his 2021 campaign. After taking a 2-0 win at the Charleston Battery last time out, New Mexico will be hoping to build on that result and boost its position in the Western standings.

Spotlight Players
New Mexico United – Chris Wehan: The attacking playmaker finally found the breakthrough this season in Charleston after leading New Mexico in goals last year. The hosts will be hoping that starts a run of form that can carry the side up the Western Conference.

Phoenix Rising FC – Manuel Madrid: The Mexican center back could be called on to play a big role in quelling New Mexico’s attack with Joe Farrell suspended for one game following his red card against Tampa Bay.