After one win in its first seven games, Locomotive FC is on a roll heading to Orange County 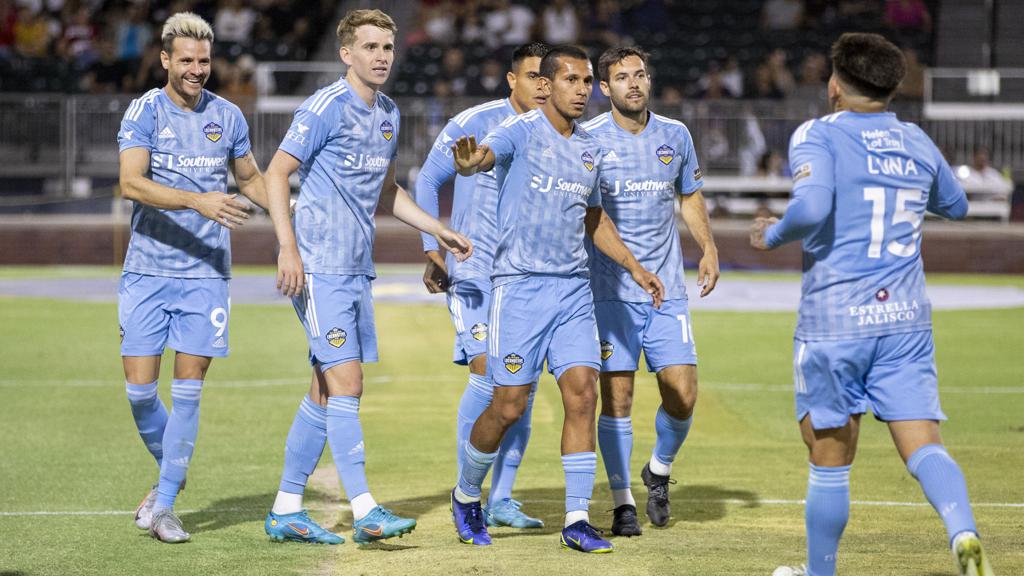 There’s no other way to put it; the first seven games of the 2022 USL Championship season were rough for El Paso Locomotive FC. After three consecutive playoff appearances, and two trips to the Western Conference Final, the raised expectations the club’s early success had built were looking heavy on its shoulders.

Adding to that narrative was the change at the helm. Given the following Mark Lowry had built among the Locomotive FC fanbase over the past three years, it was going to be a difficult act to follow for new Head Coach John Hutchinson. With only one win – and an early Lamar Hunt U.S. Open Cup exit – to his credit approaching the end of April and some outright bizarre results like the 5-4 home defeat to Las Vegas Lights FC on March 23, there was some clear restlessness in the stands.

Starting with a 4-1 victory on the road against Loudoun United FC on April 30, though, things have clicked into place. Going into Saturday’s contest against defending USL Championship title holder Orange County SC at Championship Soccer Stadium (10 p.m. ET | ESPN+), Locomotive FC has won four of its last five outings, with a road defeat that could have seen the side earn a point against Pittsburgh Riverhounds SC a week ago the only setback.

Here’s a look at what’s changed, what hasn’t, and what happens next. 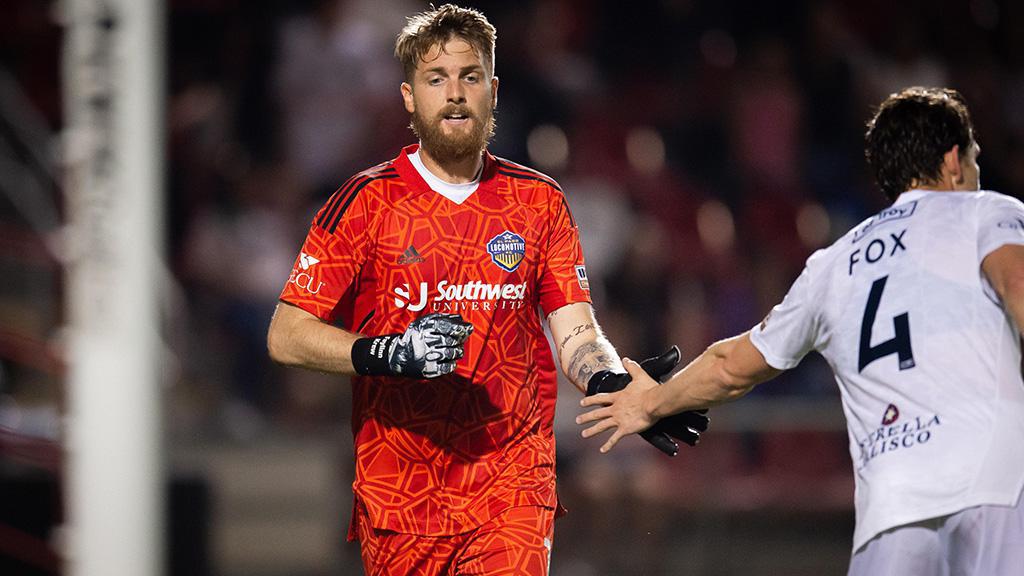 Locomotive FC goalkeeper Evan Newton has posted a save percentage of 82.4% over the past five games. | Photo courtesy Darren Abate / San Antonio FC

You want to know something crazy? According to El Paso Locomotive FC’s underlying defensive numbers, it wasn’t a poor defensive team over its first seven games. In fact, its Expected Goals Against mark according to Opta was just 7.61xGA, a highly creditable mark.

The problem lay in the fact that the side simply made mistakes that led to a constant leak of goals at its own end. That’s how Locomotive FC ended up conceding 15 goals over its first seven games, including four in an eight-minute span in that debacle against Lights FC.

Maybe the most mind-blowing part of this entire run was that over the first seven games of the season, Evan Newton – the Championship’s all-time leader in shutouts and saves – had a save percentage of 50 percent: 14 saves on 28 shots on target faced.

That’s changed dramatically over the past five games. Newton has turned things around, posting a save percentage of 82.4 percent and two shutouts while conceding only three times. The side’s underlying numbers have remained steady with a mark of 5.69xGA over five games, with the side allowing only 3.4 shots on target per game over that span. That more than anything is illustrative of the likely sustainability of this performance after the rocky early start, with the side’s overall Expected Goals Against average sitting at 1.11xGA per game. 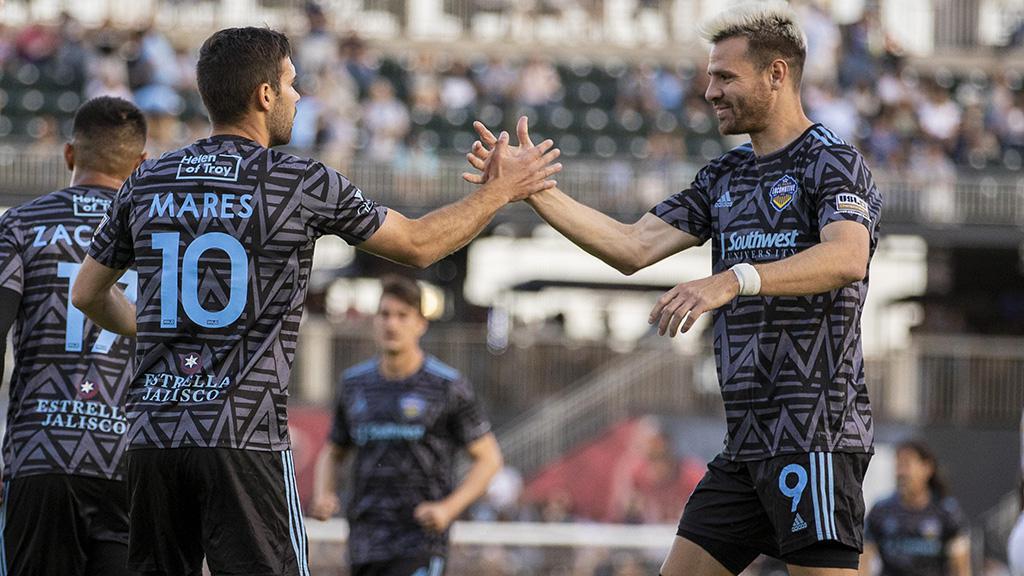 Dylan Mares and Luis Solignac have been two of the drivers for the highest-scoring team in the USL Championship this season, with Locomotive FC averaging more than two goals per game. | Photo courtesy Ivan Pierre Aguirre / El Paso Locomotive FC

Whatever problems El Paso was having at the back over its opening few games of the season, the attack was still clicking along strongly. Locomotive FC doesn’t just lead the Championship with 25 goals this season, it also leads the league with 22.31 Expected Goals according to Opta. That’s a whole lot of chance creation that has resulted in Luis Solignac recently joining the ranks of the Golden Boot contenders with five goals this season.

That could have been six goals for the Argentine – Solignac had a saved penalty kick late against Pittsburgh Riverhounds SC in the side’s 1-0 defeat on May 14. Overall, though, the side is proving marginally more clinical now than earlier in the season, but not outlandishly so. Locomotive FC’s overall shot conversion rate is up from 17.7 percent to 20.3 percent, while its Big Chance conversion rate has risen from 40 percent to 56.3 percent.

A group that includes Solignac, Dylan Mares, Josue Aaron Gomez and U.S. U-20 international Diego Luna is always going to be hard to pin down. Emmanuel Sonupe also showed some real glimpses of quality before his injury, and you’ve also got Christiano Francois as he gets up to speed with his new club. That’s going to be trouble for most defenses. 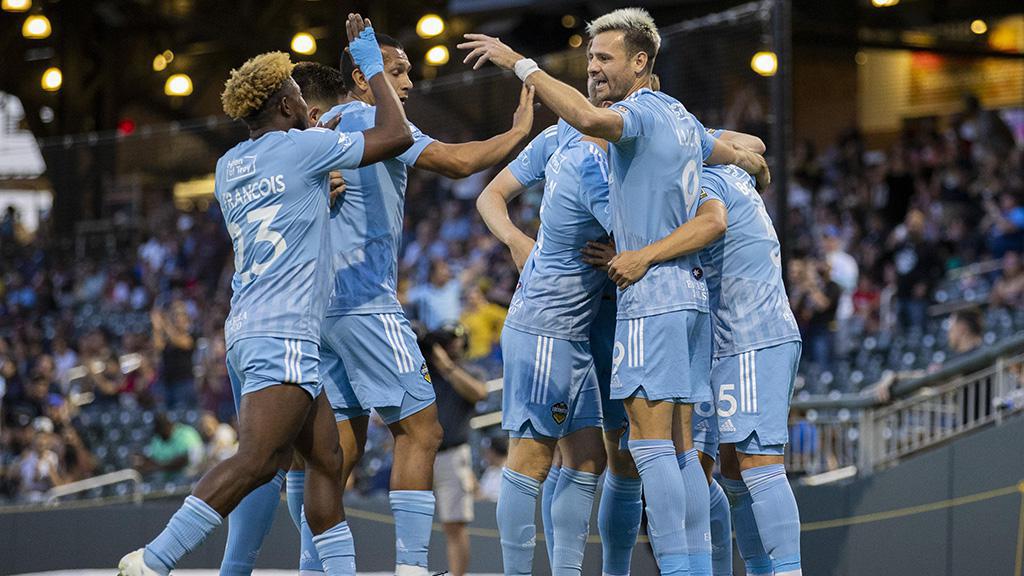 Even though El Paso is now back above the playoff line, its slow start to the season has had an impact on its postseason prospects. With 12 games played this season, the side sits with a 62 percent chance of advancing to the USL Championship Playoffs for a fourth consecutive season according to fivethirtyeight.com, two percent lower than its preseason mark. FiveThirtyEight’s projections currently have El Paso in the seventh and final slot for the playoffs, showing the impact the shortening of the postseason places this season is going to potentially have on the second half of the campaign.

That’s what makes games like Saturday at Orange County SC high leverage at this point of the season. The defending title holders have also made an uneven start to their season, sitting with 12 points from nine games, and as of now are the team sitting in the projected eighth spot behind Locomotive FC.

The potential this side’s underlying numbers have shown are there, though. Locomotive FC’s Expected Goal Differential via Opta is +8.8, good for third-best in the Championship behind Eastern Conference leader Louisville City FC (+9.83) and the Tampa Bay Rowdies (+10.15), a team that’s had similar defensive difficulties early on.

Overall, that’s a very good sign that Hutchinson’s side is on the right track for success down the line and could make some noise in November.