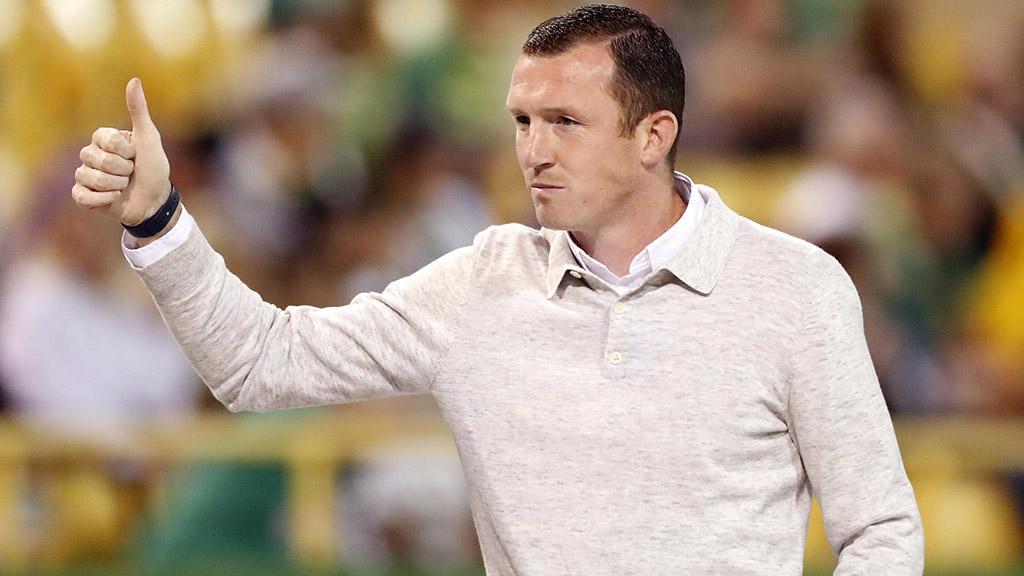 This week marked the fourth anniversary of the appointment of Neill Collins as the Tampa Bay Rowdies' Head Coach, a move that has brought remarkable success to the club. | Photo courtesy Matt May / Tampa Bay Rowdies

This past Wednesday marked the fourth anniversary of the Tampa Bay Rowdies’ appointment of Neill Collins as its new Head Coach, sending the veteran defender from the playing field to the sidelines at the club he had joined in 2016 after an extensive career in England and his native Scotland.

Since that point, Collins has helped drive the Rowdies to take a place as one of the elite teams in the USL Championship, with back-to-back Eastern Conference titles over the past two seasons. It’s a far cry from Collins’ initial expectations when he was thrust into his new position after Tampa Bay had struggled to open that 2018 campaign.

“If I’m being honest, when I took this job, my aim was to keep this job," said Collins in his weekly press conference on Thursday. “My short-term aim was to just keep the job, to show that I could make the team better. I think that was the big thing. Can I make the team better on the field and can I make the club better as a whole? That’s still the aim and I’m glad I’ve had four years to keep progressing.

“It’s great that we’ve had some success in those four years, but I’m still as committed as ever to try and bring more success. There’s a lot of things on the horizon for this club that I think are going to be exciting that I’m glad to be part of. The four years have flown by in the best possible sense.”

This Saturday night will mark his 119th regular season contest at the helm, incidentally against the first team he faced in his head coaching career as Pittsburgh Riverhounds SC comes to Al Lang Stadium (7:30 p.m. ET | ESPN+) for one of this weekend’s key games in the Championship schedule.

Ahead of that contest, here are some key numbers that have defined his tenure so far. 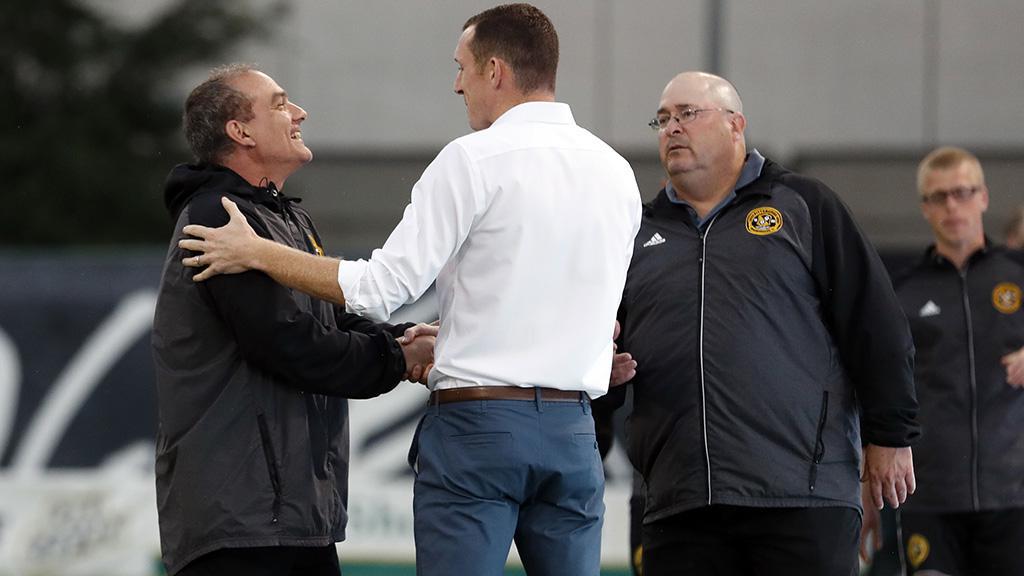 49 – Since Neill Collins’ appointment there have been a total of 49 coaching changes made across the USL Championship. Collins is now the second-longest tenured Head Coach in the league behind only Pittsburgh Riverhounds SC’s Bob Lilley.

53 – Maybe no individual player has been representative of Neill Collins’ tenure than his captain, Sebastian Guenzatti. Since Collins’ appointment, Guenzatti has recorded 53 regular-season goals for the Rowdies – third-most in the league over that span after Cameron Lancaster (56) and Neco Brett (54) – to put him within a goal of equaling the club’s all-time scoring record of 60 goals held by Georgi Hristov. 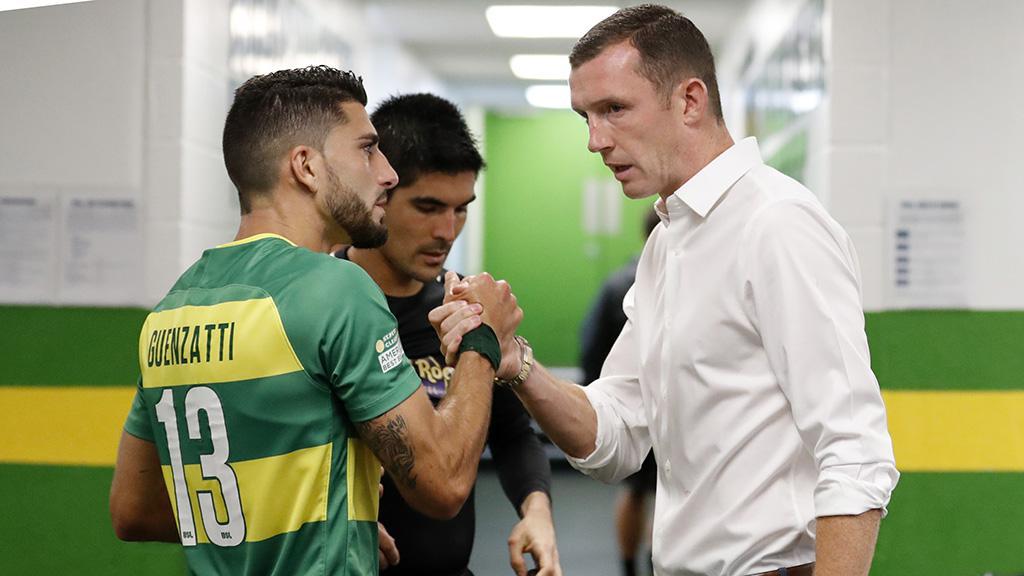 60 – Since Neill Collins’ appointment, the Rowdies have recorded 60 regular season victories in the Championship in 118 contests, a win percentage of 50.8 percent. That’s the fourth-most victories in the league in that span, trailing only Phoenix Rising FC (73), Louisville City FC (67) and Pittsburgh Riverhounds SC (65).

111 – The Rowdies have conceded only 111 goals since the appointment of Collins, second-fewest among teams that have played at least 100 regular season games in the Championship since his appointment. That comes in at a 0.94 goals-against average, making Tampa Bay one of only three teams to have completed at least one full season in the league with a sub-1.00 goals-against average over that span alongside Pittsburgh Riverhounds SC (0.89) and Nashville SC (0.87).

891 – The crowning defensive achievement of Collins’ tenure, Tampa Bay’s shutout streak of 891 minutes during the 2021 season marked not only the longest in the USL Championship’s history, but all-time across all divisions in North American soccer. 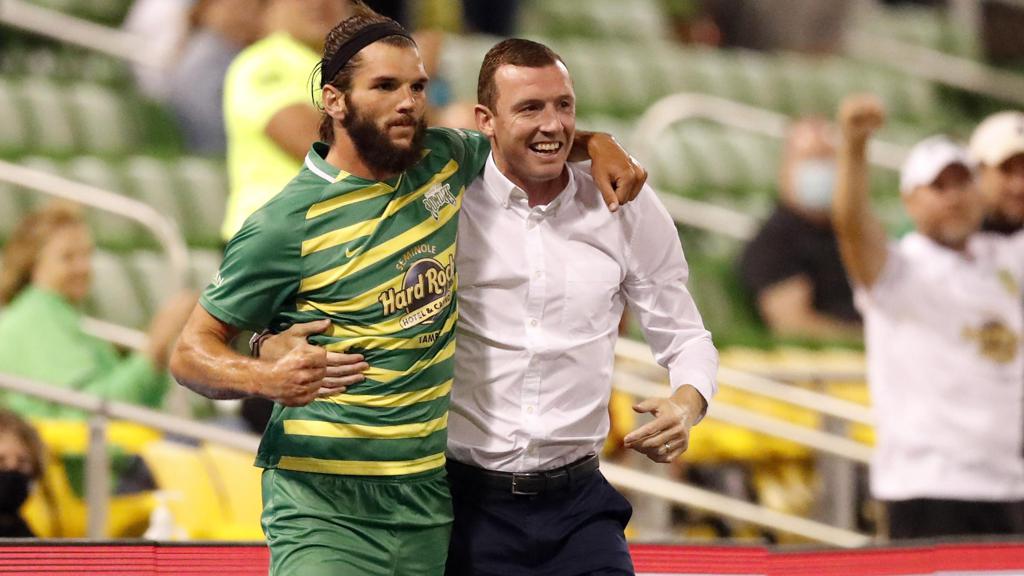