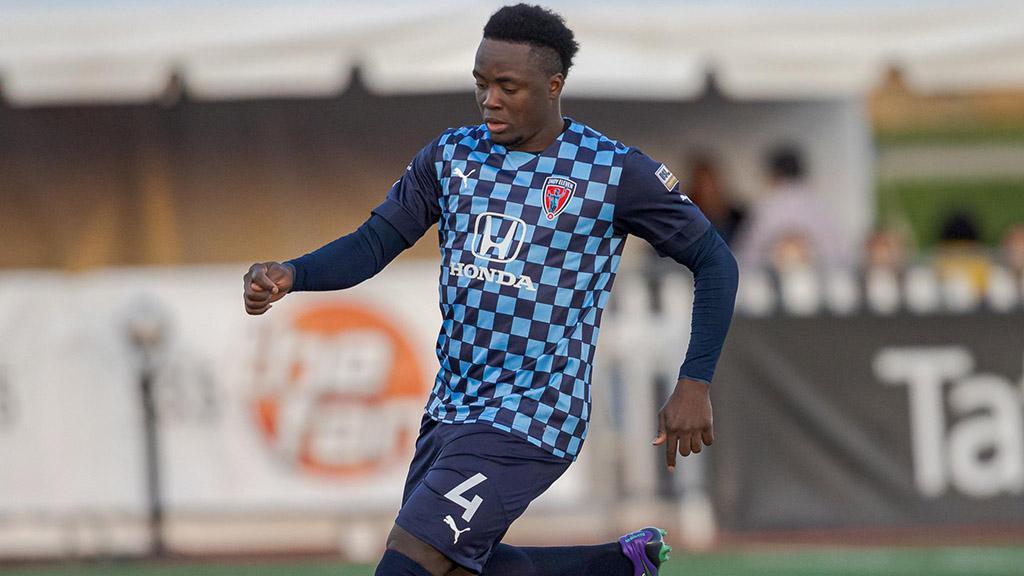 A trio of USL Championship players have been named in Haiti’s squad for its upcoming Concacaf Nations League contests in June, with Indy Eleven’s Mechack Jerome, Hartford Athletic’s Ashkanov Apollon and New Mexico United’s Carl Sainte all set to represent Les Grenadiers in contests against Bermuda, Monserrat and Guyana in Nations League B.

One of the most experienced players in Haiti’s roster, Jerome has made 75 appearances for his country over the course of his career. A USL Championship title winner with Orlando City SC in 2011, the 32-year-old has made eight appearances for the Boys in Blue this year after his move from El Paso Locomotive FC last offseason, recording 25 clearances and 10 interceptions while also notching one assist.

A late-season arrival in Hartford last year, Apollon has made five prior appearances for Haiti in his career. The 31-year-old has recorded one goal and two key passes in eight appearances for the Athletic so far this campaign, while defensively winning 11 tackles at a 73.3 percent success rate as well as recording nine interceptions and 15 clearances and 13 successful dribbles.

Signed this offseason by New Mexico, Sainte made his senior international debut this past March in Haiti’s exhibition against Guatemala ahead of the 19-year-old’s debut for United. Sainte has made four appearances this season for New Mexico, including one start, and has notched two tackles and one interception in limited minutes so far this Championship campaign.

Haiti will open its Nations League B campaign on June 4 as it visits Bermuda before returning home for a pair of games against Monserrat on June 7 and Guyana on June 14. Les Grenadiers will be aiming for a successful campaign in the second tier of the tournament, with the group winner advancing automatically to the 2023 Concacaf Gold Cup as well as earning promotion to League A for the next edition of the event.