San Antonio, Colorado Springs’ joint landmark, Orange County’s five-goal half, and the youngest goalscorer in the league this season 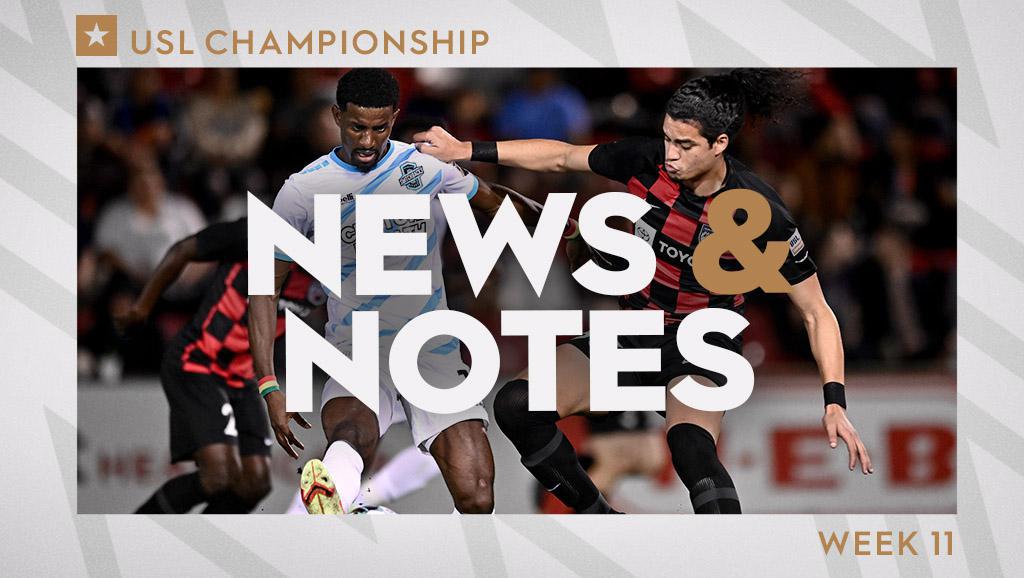 San Antonio FC and Colorado Springs Switchbacks FC have each reached eight wins this season before the end of May, only the second time in league history that has occurred. | Photo courtesy Darren Abate / San Antonio FC

Welcome to the USL Championship’s weekly News & Notes column, where this week we take a look ahead to this Saturday’s top-two clash in the Western Conference, a notable first half for Orange County SC last Friday night, and a defensive rarity from the past weekend of action.

Dig into more on that, as well as a look at upcoming milestones coming into view for players across the Championship, and the Week 11 Discipline report.

COLORADO SPRINGS, SAN ANTONIO JOIN FOR MAY LANDMARK
San Antonio FC plays host to Colorado Springs Switchbacks FC on Saturday night in one of this weekend’s marquee matchups with the two sides each sitting with eight victories so far this campaign, while having combined for only three defeats. It marks the first time since the 2017 USL Championship season that two teams from the same conference have reached at least eight wins by the end of May, with San Antonio and Real Monarchs SLC having each claimed nine victories at the end of May five years ago in the first occasion two teams had combined to accumulate that many wins by Memorial Day in league history.

ORANGE COUNTY NOTCHES SECOND FIVE-GOAL HALF IN ITS HISTORY

Orange County SC joined Las Vegas Lights FC in this year’s group, with Lights FC having scored all five of its goals in the second half of a 5-4 victory on the road against El Paso Locomotive FC on March 23. It was the second time Orange County had scored five goals in a half in club history, with the side having also notched five goals in the second half of its 5-2 victory against the Tacoma Defiance on June 4, 2016. On that occasion, OCSC rallied from a two-goal deficit as five different players found the net at Anteater Stadium.

RISING FC’S PAIR OF OWN GOALS PROVIDES SINGLE-GAME RARITY
Phoenix Rising FC became only the third recorded team in the USL Championship to concede a pair of own goals in a USL Championship regular season game as the side lost 5-1 to the Tampa Bay Rowdies on Sunday night at Wild Horse Pass. Both Sivert Haugli and Ryan Flood were credited with own goals in the second half as Tampa Bay became the first team to record five goals against Phoenix on Rising FC’s home turf in its history.

Current Indy Eleven defender AJ Cochran remains the only recorded player credited with two own goals in the same contest, having scored both own goals for Atlanta United 2 in a 4-1 defeat to Louisville City FC on September 29, 2018.

Phoenix’s defeat also marked the first time in 34 games across the regular season and playoffs that Rising FC had scored the opening goal of a game and suffered defeat dating back to the side’s loss in the Western Conference Semifinals of the 2019 USL Championship Playoffs. On that occasion, Real Monarchs SLC claimed a 2-1 victory on the way to earning the 2019 USL Championship title.

Making his fourth appearance in the USL Championship, the New York Red Bulls II’s Illia Tyrkus became the youngest goalscorer in the USL Championship this season this past Saturday night, and 23rd-youngest goalscorer in the league’s regular season history, as he recorded his first goal in the professional ranks aged 16 years, 9 months and 14 days old against Hartford Athletic at Trinity Health Stadium.

Tyrkus’ goal – which was nominated for the USL Championship’s Fans’ Choice Goal of the Week – also made him the third-youngest player to record a goal for the Red Bulls II in the Championship, surpassed only by Serge Ngoma (16 years, 1 month, 11 days vs. Charleston Battery, 8/20/21) and Dantouma Toure (16 years, 1 month, 28 days vs. Pittsburgh Riverhounds SC, 8/8/20). 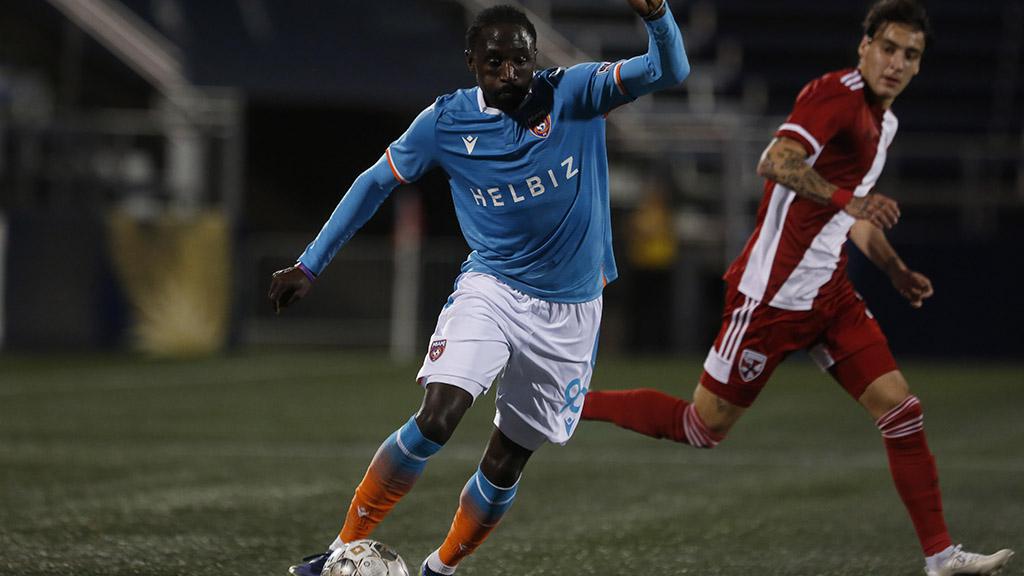 FC Tulsa’s Adrian Diz Pe has been suspended for one game following his red card for denial of a goalscoring opportunity during his side’s contest against Orange County SC on May 13. Diz Pe will be unavailable for selection in Tulsa’s contest against Hartford Athletic on Saturday night.

Monterey Bay F.C.’s Robbie Crawford has been suspended for one game following his red card for two cautionable offenses against Rio Grande Valley FC on May 14. Crawford will be unavailable for selection in Monterey Bay’s contest against Louisville City FC on Saturday night.

Phoenix Rising FC’s Joe Farrell has been suspended for one game following his red card for two cautionable offenses against the Tampa Bay Rowdies on May 15. Farrell will be unavailable for selection in Phoenix’s contest against New Mexico United on Saturday night.

Due to the postponement of the contest between San Diego Loyal SC and Colorado Springs Switchbacks FC on May 14, the one-game suspensions incurred by San Diego’s Collin Martin and Colorado Springs’ Triston Hodge will be served in their club’s upcoming contests. Martin will be unavailable for selection in San Diego’s contest against Rio Grande Valley FC this Saturday, while Hodge will be unavailable for selection in Colorado Springs’ contest against San Antonio FC this Saturday.