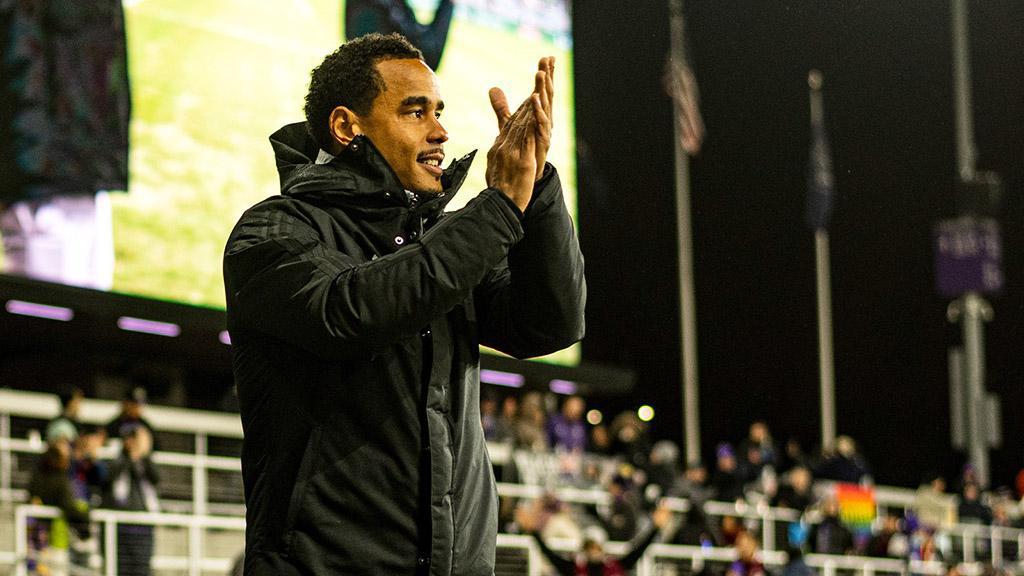 LOUISVILLE, Ky. – The USL Championship’s all-time appearances leader has a new role in the game.

After the conclusion of his illustrious career spanning 11 seasons in the league, George Davis IV was introduced on Monday as the first Program Director for Louisville City FC & Racing Louisville Foundation.

An integral part in leading the club to consecutive USL Championship titles in 2017 and 2018, Davis has turned his focus to ensuring kids throughout Louisville’s bi-state region have access to organized soccer, and the healthy habits associated with playing it.

“We are thrilled to have someone of George’s character, work ethic and soccer proficiency to develop and lead the foundation’s programming efforts,” Jarvi said. “George is well-respected in the community and passionate about helping create life-changing results.”

Founded in 2021, the LouCity & Racing Foundation exists to advance our community’s health and wellness through the beautiful game.

Fundraising will lead to initiatives such as soccer equipment, camps and clinics, youth academy scholarships and other ways to provide access while removing barriers to participation. The foundation intends for young people to improve their physical health, develop soccer skills, learn lessons about nutrition and practice life skills such as teamwork, discipline, and resiliency.

There will also be mentorship opportunities with current and former athletes like Davis, who continues recorded 242 regular season appearances in the USL Championship during his career to sit first in league history. A three-time USL Championship All-League selection, the Lima, Ohio native ranks eighth in the league’s regular season history with 15,729 minutes played and is tied for 10th in regular-season goals with 57 after a remarkable on-field career.

“This club continues to take on massive endeavors, and the foundation is another example of that,” Davis said. “I am very grateful to the organization for putting its trust in me to be the program director, and I’m excited to take on a new challenge professionally.

“Our goal is to have a positive impact on as many people as possible and use soccer as a tool to do so. We have an opportunity to build something special and sustainable that will benefit our communities for many years to come.”

Davis IV signed with LouCity in 2016 and went on to be the club’s third-leading scorer in 2017, netting seven goals in 30 appearances as the boys in purple went on to hoist their first trophy. Davis IV scored eight more goals in 2018, plus served as part of the so-called midseason “triumvirate” of players that led the team through a coaching change on its way to another title.

Sensing his playing days were nearing their end, Davis IV took on a dual role throughout the 2021 season, working as LouCity’s team administrator while appearing in nine games.