After early setback, Rowdies deliver night to remember in the desert 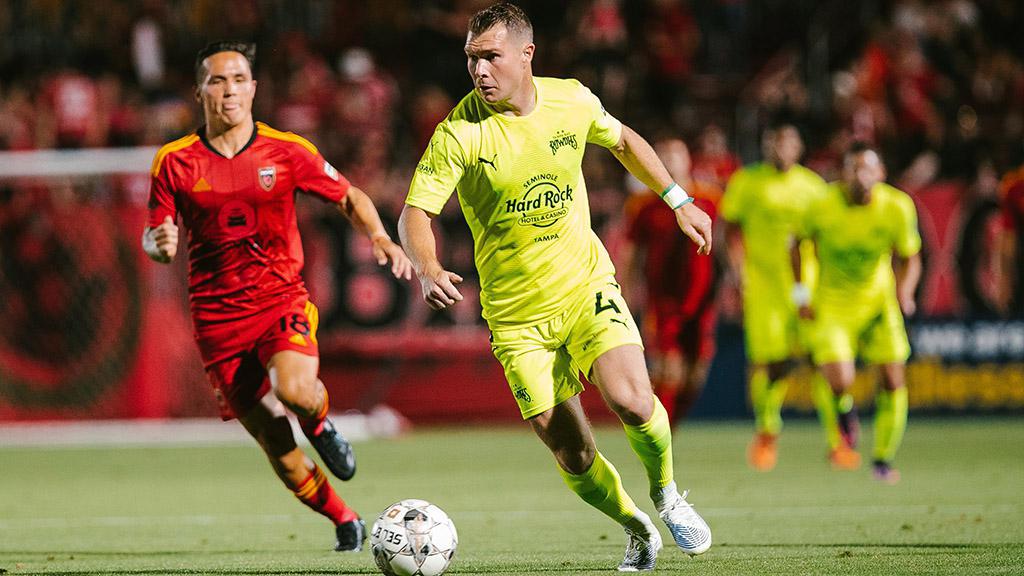 When the Tampa Bay Rowdies conceded first on Sunday night against Phoenix Rising FC, it could have been the opening to a challenging night against a side with one of the best home records in the USL Championship in recent history.

Instead, it turned into a night few Rowdies fans will forget.

Powered by an incisive – and at times brilliant – attacking display, Tampa Bay’s 5-1 win at Wild Horse Pass delivered a result that few could have expected at the start of the night and provided the jumpstart the Rowdies’ season needed against one of its perennial rivals for the Championship crown.

Tampa Bay’s defense of its second consecutive Eastern Conference title last November hadn’t made an ideal start. After a busy schedule in April ended with consecutive defeats – including a late home defeat to San Diego Loyal SC on the club’s home turf at Al Lang Stadium to close the month – the Rowdies were sitting on the edge of the playoff positions in the Eastern Conference with only three wins out of 10 league outings.

The past two weeks offered a chance to reset, and work, which meant that even when Rising FC took advantage of their first real opportunity of the night in the 15th minute, the confidence level of Rowdies Head Coach Neill Collins barely wavered.

“Watching training this week is the biggest thing that gave me belief that we’re going to come through this period because you can’t play and train the way our boys have this week and not take that onto the field at some point,” said Collins. “I’m glad it was tonight, and now we need to build on it. We’ve come through a really difficult schedule. … We’ve shown tonight we’ve got all the makings of being a top team and we just need to do that consistently.” 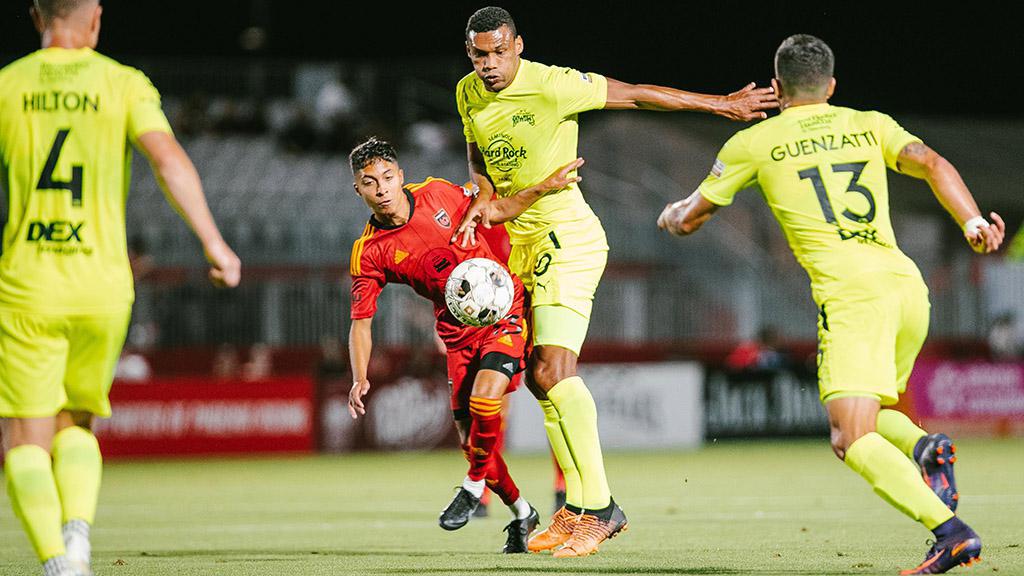 That confidence showed in the Rowdies’ response.

Nine minutes after going behind, the visitors pulled level after an outstanding piece of interplay saw Jake LaCava find Leo Fernandes at the top of the penalty area before receiving a brilliant backheeled flick return pass as he broke into the left side of the penalty area. The finish to the near post gave the New York Red Bulls loanee his fifth goal of the season, and the Rowdies were on their way.

Another perfectly delivered pass set up the second as Lewis Hilton picked up his first assist of the season, playing Dayonn Harris in for a lifted finish from the right side of the box, before the Rowdies delivered a crucial third in first half stoppage time as Jake Areman scored his first goal for the club after beginning a counterattack himself with a well-timed interception.

“The cliché is that goals change games, but I thought the third goal was clinical from us and definitely gave us a real good foothold coming out for the second half,” said Collins. “I think it’s something that we’ve not done this season. I think we’ve created a lot of chances, probably up there with the top three or four in the league, and we’ve not finished, and tonight we have. It’s pleasing to see that … we know how important these moments are either side of halftime, and thankfully we capitalized on them tonight.”

If there was any glimmer of hope for the hosts – whose ability to come back, especially on home turf, has been key to their success over recent seasons – it was quickly snuffed out in the opening minutes of the second half. A turnover caused by Sebastian Guenzatti, brought on as a halftime substitute, quickly sent Steevan Dos Santos on his way into the penalty area. When the Cape Verde forward’s shot was redirected into the net by Rising FC’s Sivert Haugli as he tried to deny the opportunity inside the six-yard area, the Rowdies reenforced their grip on the game.

“Seba has done that, whether he’s been scoring goals or not, he’s always brought that side of the game,” said Collins. “That’s why he’s led from the front as a captain, and he came on tonight and really impacted the game. That’s why he’s been so successful, because he’s not just a goalscorer, he’s an all-around player, and I think there were a lot of moments like that from our players tonight in terms of winning balls back and the quality on the other side. When you do both sides like that, that’s what you get.”

A second own goal midway through the second half provided the final tally of the night, marking the first time Phoenix had conceded five times in club history on home turf.

“I think you’ve got to enjoy the moment when you play like that against a team you have huge respect for,” said Collins. “It’s a fantastic environment to play and, and we know that Phoenix have got more to offer than that, we maybe caught them on a good night and like I said we took advantage of it.”

After the challenges the opening two months of the season had given the Rowdies, the road back to the top of the Eastern Conference might have begun with one of the most impressive road performances in the league’s history.

“We’ve set a standard tonight that we have to replicate and hopefully the boys use that as a confidence [boost] knowing that we’re coming to play another top team next week that will be very, very difficult,” said Collins. “For me, I think it’s just good that the boys have shown what they’re capable of. I think everyone needs to be paid back for their hard work and they got some payback tonight.”