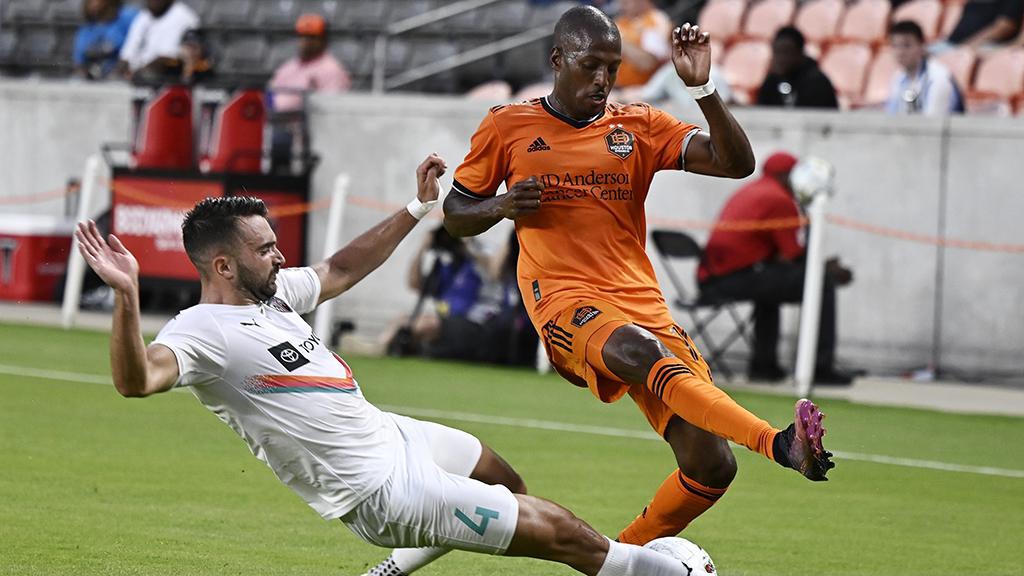 HOUSTON – A late goal by Sebastian Ferreira lifted Major League Soccer’s Houston Dynamo FC to a 1-0 victory against the USL Championship’s San Antonio FC on Wednesday night at PNC Stadium as the hosts advanced to the Round of 16 in the 2022 Lamar Hunt U.S. Open Cup.

Houston had the first good chance of the game in the 16th minute when Memo Rodriguez had a close-range header blocked wide by SAFC defender Jasser Khmiri, but neither side was able to create many clear-cut chances in the opening stanza. The best opportunity before the break, in fact, came to the visitors as they came into the game further as the half progressed and off a free kick delivered into the left side of the penalty area, Khmiri headed back across the box to Nicky Hernandez, whose first-time shot was saved by Dynamo goalkeeper Michael Nelson.

San Antonio threatened again nine minutes into the second half after a cross from the left by Elliot Collier found PC at the top of the penalty area, allowing the Brazilian to play a give-and-go with Justin Dhillon before shooting high into the right side-netting. The Dynamo created a pair of good chances just past the hour-mark as Rodriguez shot wide after a good build-up into the penalty area before Ferreira had a low shot saved by SAFC’s Jordan Farr.

The Dynamo grabbed a late lead with eight minutes to go, however, as off a short corner from the left a delivery from Sam Junqua found Ferreira for a flicked header into the left side of the net. San Antonio had a penalty appeal waved away minutes later as the Dynamo scrambled away a corner kick by Fabien Garcia, while in the 87th minute Connor Maloney found the left side-netting from a narrow angle. There would be no late equalizer for the visitors, however, as SAFC saw its Open Cup run come to an end.