As Monterey Bay F.C. prepares to open Cardinale Stadium on Saturday, let’s take a walk back through history 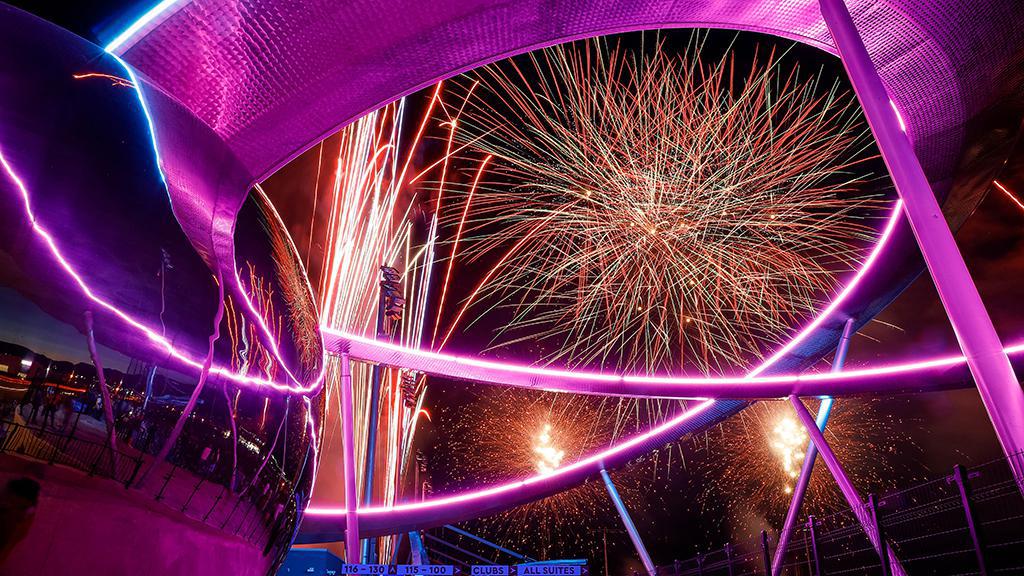 After a grueling seven-game stretch on the road to start its inaugural season, Monterey Bay F.C. will welcome fans to Cardinale Stadium for the first time this Saturday night as it hosts Las Vegas Lights FC for its inaugural home opener.

The $12 million renovation that has occurred since the official groundbreaking last September has taken the historic venue that was once home to the Fort Ord Warriors – a semi-professional football team that competed against NFL teams in the 1950s – and brought it into the 21st century. Located in a part of the country that has produced talented players who have moved on to the professional ranks, Monterey Bay F.C. Head Coach Frank Yallop is excited about where the club is headed.

“It’s a great opportunity, I think that this area has been crying out for a professional team of any sport, but especially soccer with Salinas and Watsonville and Monterey being real soccer towns that produce talent,” Yallop told NorCalPremier.com’s Evan Ream. “I think it’s the perfect time to come in and put a team here. I’m really excited about the stadium we’re building and the structure of the club.”

Cardinale Stadium will be the sixth new venue to open in the USL Championship since the start of the 2019 season, with 23 of the 27 venues that are now part of the league tailored to professional soccer. Ahead of Saturday’s opener, here’s a look back at some of the other memorable venue openings we’ve seen in the league over the past decade. 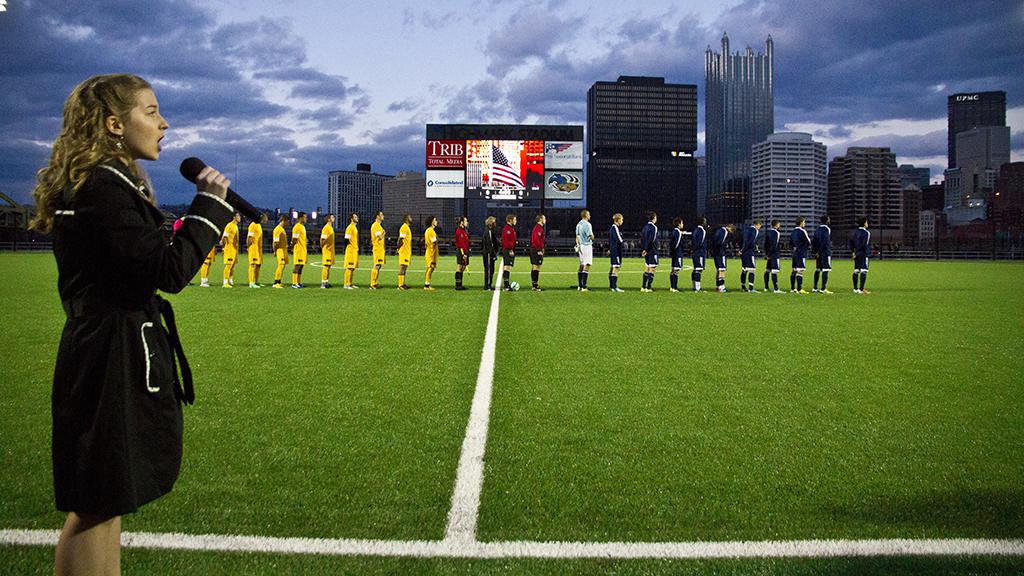 As the USL Championship grew from its launch in 2011, there were several landmark moments that helped the league become what it is today. Highmark Stadium’s official opening – just over a year after the plans for the venue at Station Square were announced – was one of them. The Hounds welcomed Keystone Derby Cup rival the Harrisburg City Islanders and a sellout crowd for the inaugural game at the first new soccer-specific venue to open in the Championship’s history.

The result might have not gone the way of the Hounds – a somewhat recurring theme, as we’ll see – but it laid the foundation for what the club is today. The sellout crowd the club welcomed on April 23 for its 4-0 win against Atlanta United 2 was illustrative of how far the Hounds have come in the past decade. Highmark Stadium’s opening has been a cornerstone for that success. 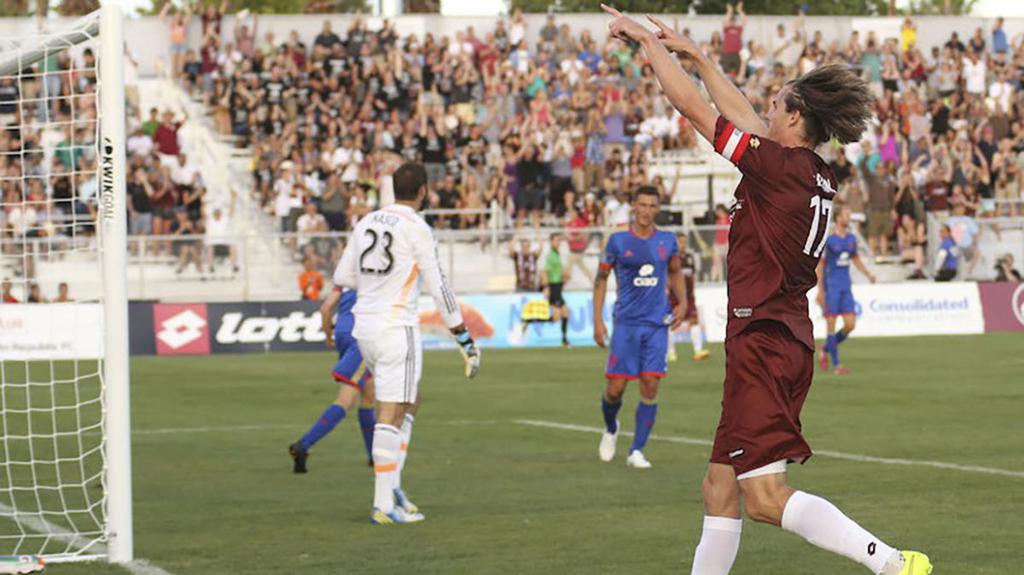 It’s fair to say Sacramento Republic FC’s arrival in the USL Championship in 2014 served as a sea change for the way clubs looked to operate in the United Soccer League as a whole, with the 21,000+ crowds the club welcomed to its first games at Hughes Stadium quickly capturing the imagination of the broader American soccer public.

When the club officially opened what is now Heart Health Park – and the start of a sold-out season that ended with the 2014 USL Championship title – it did so in thrilling fashion as Mike Fucito’s late goal provided the winner in a seven-goal thriller against the Colorado Rapids Reserves. Republic FC’s recently announced plans for a new permanent downtown stadium will continue to position the club as one of the flagships in the USL Championship as it prepares for its second decade. 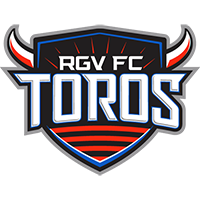 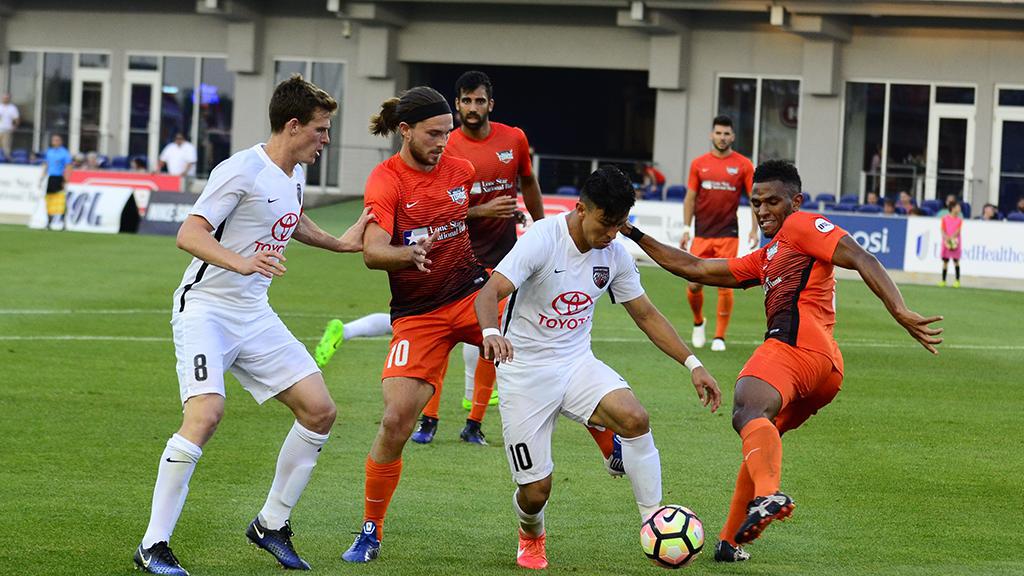 When Rio Grande Valley FC was announced as an expansion club for the 2016 USL Championship season, the club also unveiled plans for the soccer-specific venue that would become its permanent home, launching the boom in soccer-specific venues that have since opened around the league over the past six years. The 9,700-capacity venue welcomed a capacity crowd for its inaugural game – an exhibition against Liga MX club CF Monterrey, before hosting its first South Texas Derby at the venue against San Antonio FC.

The visitors spoiled the party for the hosts – earning a little revenge for the Toros having eliminated SAFC from playoff contention on the final day of the season the year prior – but H-E-B Park remains an outstanding venue for RGVFC’s independent future in the Valley. 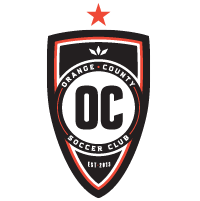 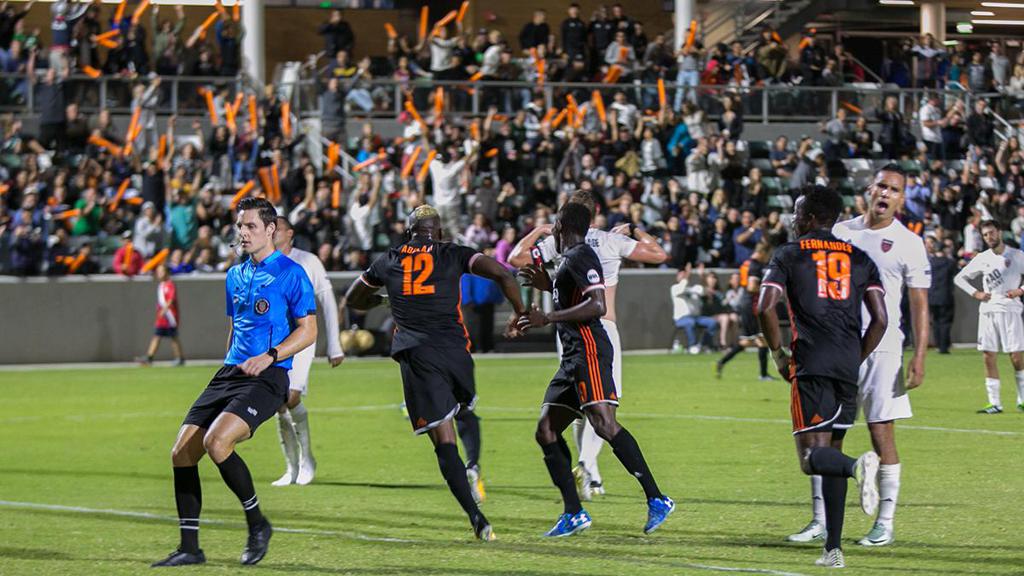 One of the original members of the USL Championship in 2011, Orange County SC’s purchase in September 2016 by local businessman James Keston began the transformation of the club that has since seen it claim its first league title and transfer multiple players overseas to top-flight European clubs. The opening of Championship Soccer Stadium less than a year after Keston’s acquisition of the club helped set the course for that new direction as a capacity crowd was on hand to see the side face fellow upstart Phoenix Rising FC.

An 89th-minute equalizer by Sola Abolaji provided the hosts with a big finish to their big night, and the start of the upward path the club has taken in the five years since. 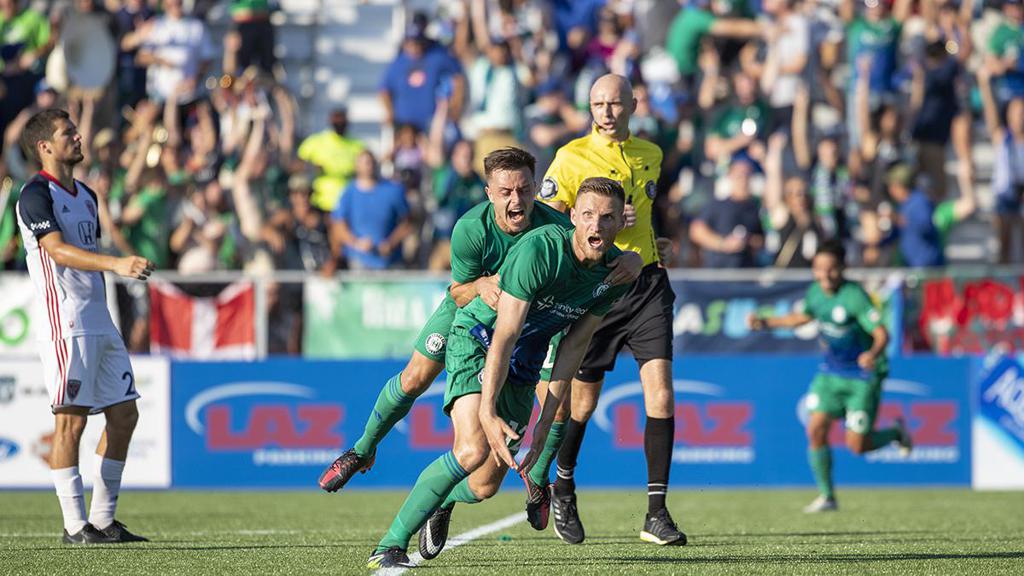 Hartford Athletic's Wojciech Wojcik provided the goal that proved the winner as his side opened what is now Trinity Health Stadium in July 2019 with a win against Indy Eleven. | Photo courtesy Hartford Athletic

If there’s a team Monterey Bay F.C. could take inspiration from, it’s Hartford Athletic. Like MBFC, Hartford had to go on the road to start the season as the renovations to a historic venue in the city were completed, and life was pretty rough for the first year side. As more than 5,500 fans packed in for the club’s first game at what is now Trinity Health Stadium against Indy Eleven, though, the opening day magic arrived.

Hartford got goals by Jose Angulo and Wojciech Wojcik to stake themselves to a two-goal lead before holding on late to take a 2-1 win, delivering the first of many memorable moments the club has achieved in its first three seasons. 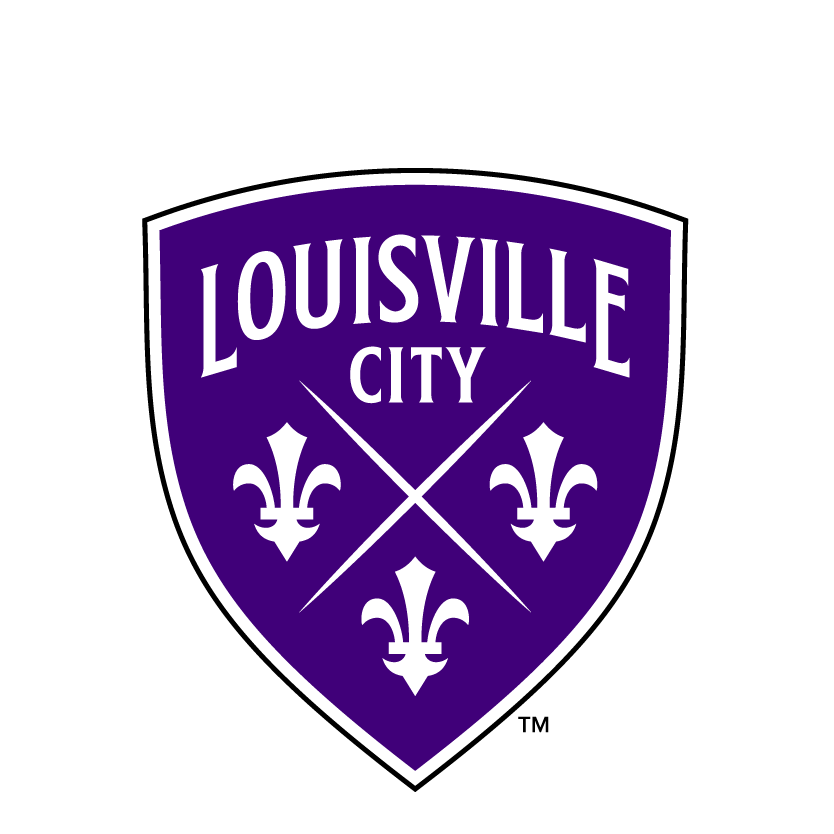 Since it's opening two years ago, Louisville City FC's Lynn Family Stadium has provided a top-class backdrop for one of the USL Championship's flagships clubs since it joined the league in 2015. | Photo courtesy Em-Dash Photography / Louisville City FC

If Highmark Stadium’s opening in Pittsburgh seven years earlier was the start, and H-E-B Park’s opening in the Rio Grande Valley three years later the next step, the opening of 15,304-capacity Lynn Family Stadium by Louisville City FC – by that point a two-time USL Championship title winner – in 2020 was the start of the arrival of marquee venues in the USL Championship.

Where LouCity has arrived, current and future USL Championship clubs are looking to follow with the safe-standing supporters’ section and amenities around the venue providing a top-class facility for others to emulate. As the league moves further into its second decade, Lynn Family Stadium is the standard by which other new arrivals will be measured. 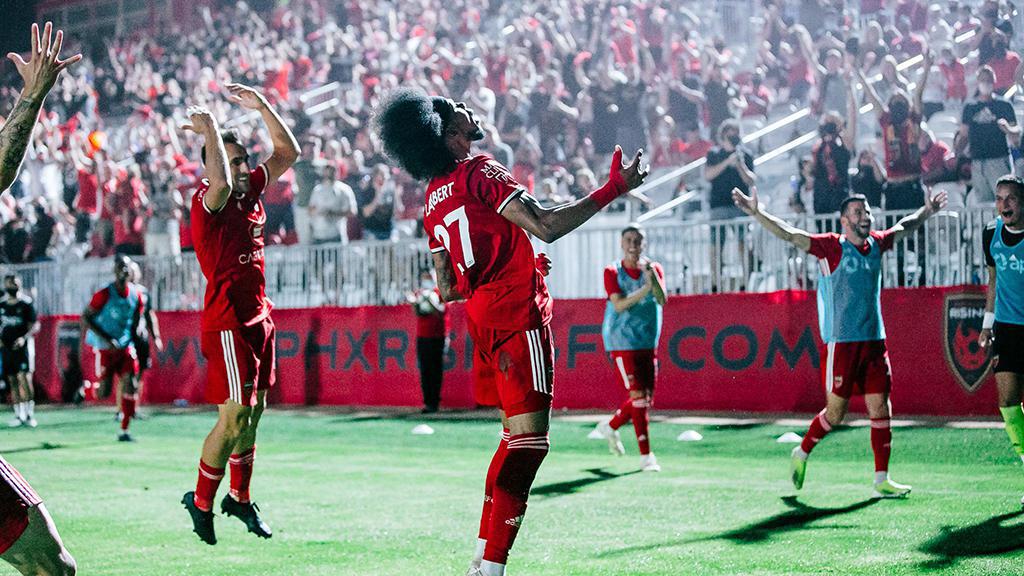 It’s remarkable to think that only four years prior, Phoenix Rising FC had opened its first soccer-specific venue in club history, a pop-up built in 53 days that welcomed a sellout crowd to the first game of the club’s new era. The arrival of the club’s new, expanded home with a capacity of 10,000 fans at Wild Horse Pass further illustrated the ambition of the club’s ownership led by Governor Berke Bakay to deliver one of the best fan experiences and teams in the league.

Under COVID-19 restrictions, the 5,000 fans that got to be on hand on opening night – a memorable 4-1 victory against San Diego Loyal SC – were part of a future that has rarely seemed brighter for soccer in the state of Arizona. 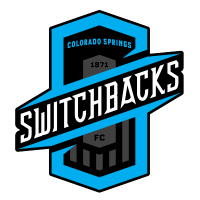 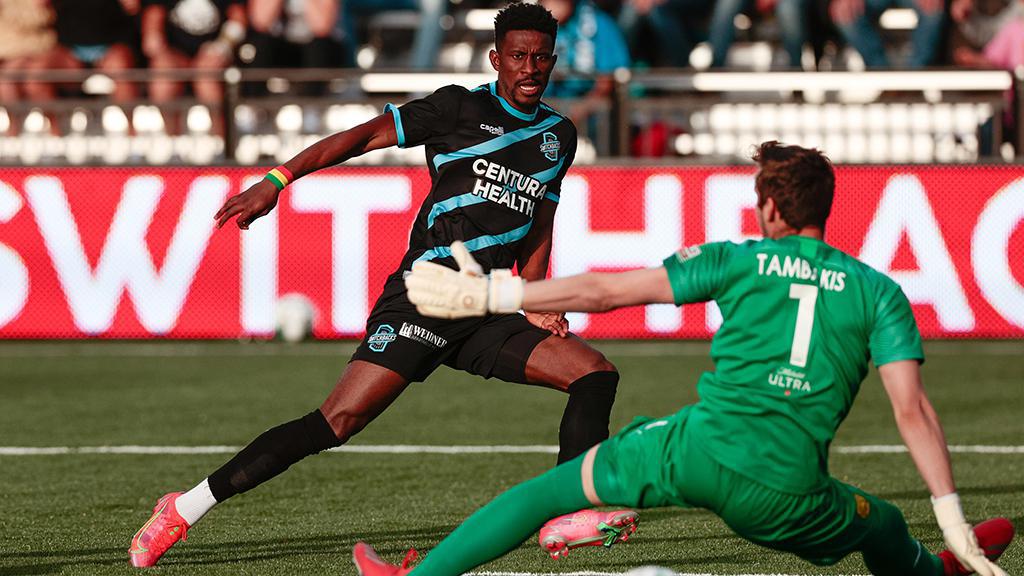 It was the moment Colorado Springs Switchbacks FC had been building toward since it kicked off in the USL Championship in 2015 – a proper downtown home to call its own. The payoff for diligent work by ownership and the front office – led by the Ragain family – came to fruition as 8,000-seat Weidner Field was officially opened early in the club’s seventh season, beginning a new era for the Switchbacks at the heart of its community.

Part of the City for Champions project in Colorado Springs, the club and city broke ground on the venue in December 2019. Less than 18 months later the club welcomed fans for the first time as 2021 USL Championship MVP Hadji Barry scored the first league goal in the venue’s history. As the club continues its upward trajectory on the field, the Switchbacks continue to be an outstanding community-driven club centered around their outstanding home facility.