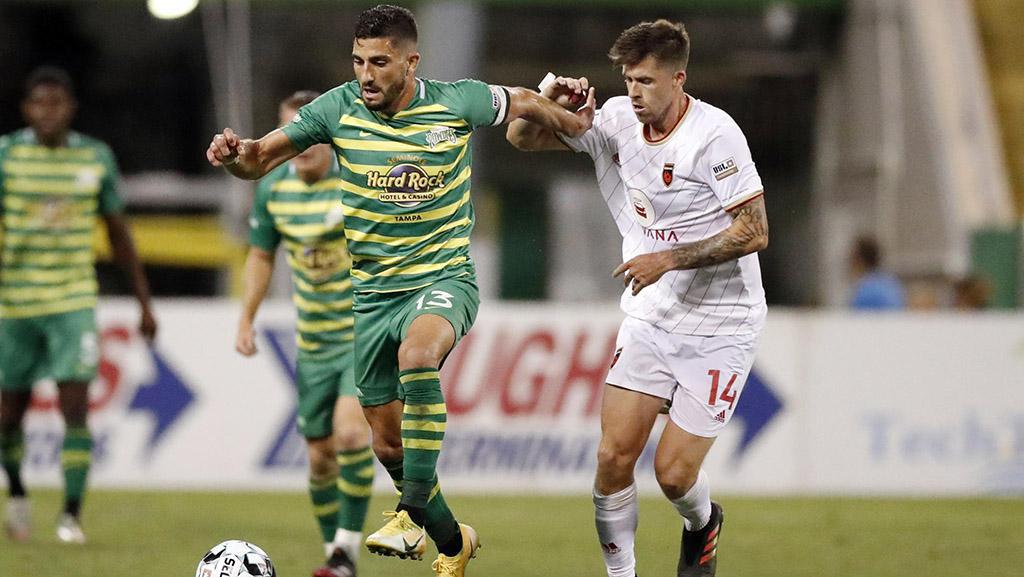 The clash between perennial title contenders Phoenix Rising FC and the Tampa Bay Rowdies on May 15 highlights a 12-game slate that will air nationwide on the SiriusXM FC channel during May and June. | Photo courtesy Matt May / Tampa Bay Rowdies

TAMPA, Fla. – The USL Championship has announced the games that will air nationwide on the SiriusXM FC channel during May and June of the 2022 regular season, featuring some of the biggest games of the regular season as the campaign approaches its midpoint.

Highlighting the 12-game slate is the interconference clash between Phoenix Rising FC and the Tampa Bay Rowdies, with the former conference title winners set to square off at Wild Horse Pass on Sunday, May 15 in a game that will also air live on ESPN2. The Rowdies claimed a 2-1 win as Steevan Dos Santos scored the winner when the teams met for the first time at Al Lang Stadium a season ago, with Rising FC aiming to turn the tables on their home turf this time around.

Defending Championship title holders Orange County SC will also feature twice as it plays host to FC Tulsa on May 13, and El Paso Locomotive FC on May 21. The next set of games will begin next Wednesday night when Sacramento Republic FC plays host to New Mexico United at Heart Health Park.

SiriusXM FC, SiriusXM’s 24/7 channel dedicated to soccer, is available on channel 157 on SiriusXM radios.  Subscribers can also listen with the SXM App, and with Amazon Alexa, the Google Assistant or however they stream at home. Streaming access is included with all of SiriusXM’s trials and most popular plans.