From a major goalkeeping upgrade to an emerging academy talent, the two-time title winners are off to their best start to a season 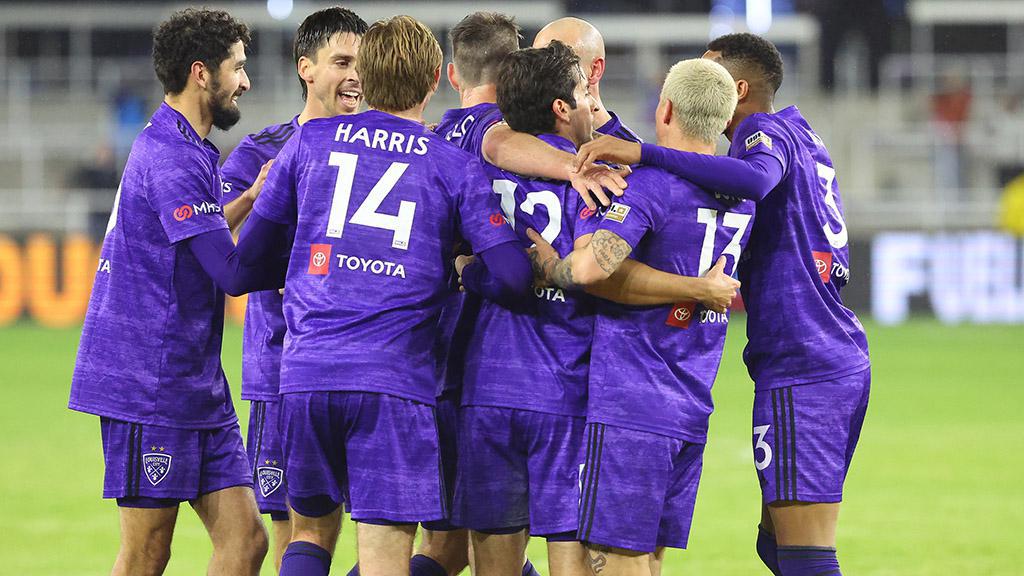 Louisville City FC has 18 points from its first eight games as the last undefeated team in the USL Championship this season, its best start to a campaign in club history. | Photo courtesy Em-Dash Photography / Louisville City FC

Sitting on top of the Eastern Conference standings, Louisville City FC is the last remaining undefeated side in the USL Championship this season. The eight-game undefeated run the side has put together is its longest to start a campaign in club history. It’s been achieved without the services of the club’s all-time leading goalscorer and with an influx of new faces that have added to the core depth that has led the side to seven consecutive Eastern Conference Final appearances.

1. MORTON = UPGRADE: If there was a position LouCity needed to address going into this offseason above all others, it was goalkeeper. Both Chris Hubbard (+3.39) and Parker Siegfried (+3.9) allowed more goals than the side’s expected goals mark when they were between the sticks last year.

Enter Kyle Morton, who’s more than lived up to his billing as a two-time Goalkeeper of the Year finalist. Morton’s GA-xGA mark is currently -2.68 with four goals conceded and five shutouts. That’s a major upgrade at one of the most important positions on the field.

2. PEREZ DELIVERS AT BOTH ENDS: There was never a real question about Manny Perez’s pedigree. The former U.S. youth international and Celtic signing just hadn’t quite made the breakthrough most had expected.

That’s changed this year, with the right back arguably the most consistent performer for LouCity this season. Perez has recorded 10 chances created and completed 80.7 percent of his passes overall while winning 9 of 11 tackles and 53 of 83 duels, a 63.8 success rate. That’s helped LouCity succeed at both ends of the field, while earning Perez a +1.87 base goals added mark so far this season.

3. OWBNY AGING LIKE FINE WINE: For a few years, the regular season would come and go, Louisville City FC would reach the playoffs, and it was time for Brian Ownby to shine. Now in his sixth season at the club, one-third of Ownby’s 21 goals for LouCity in the Championship at time of writing have come in the postseason.

Last year provided a breakout in the regular season, though, as Ownby delivered 11 assists to tie for second in the league while recording his most minutes played in a campaign in LouCity’s colors. That’s continued this season for the 31-year-old right winger, who has three goals already and is tied for the team high with 14 chances created. There doesn’t seem to be any slowing down now, and that’s a major plus for LouCity’s success. 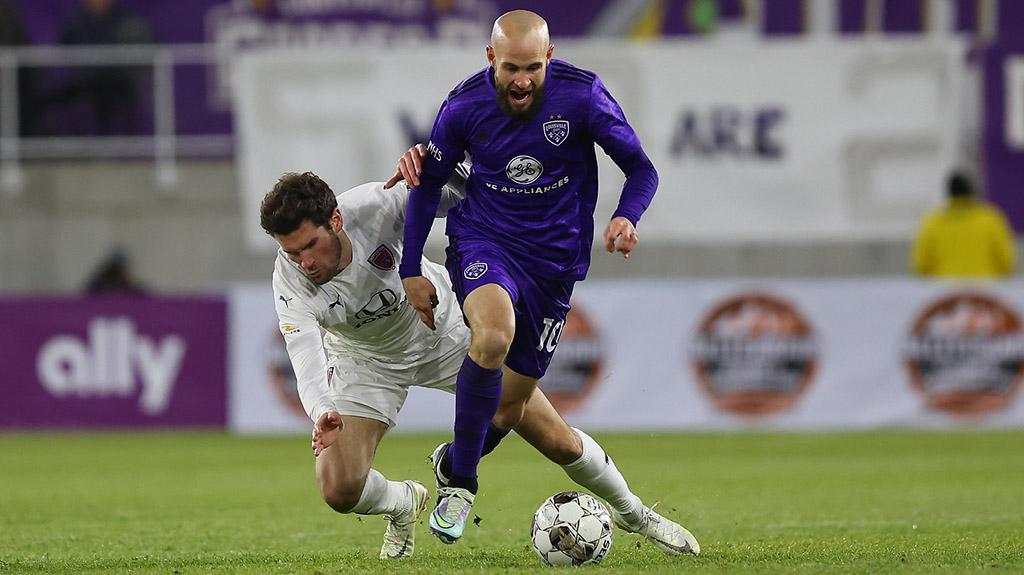 4. NO LANCASTER? NO PROBLEM: For most teams, having your most prolific goalscorer go down a week before the regular season starts would be a major issue. For LouCity, when Cameron Lancaster went down, it just meant a tweak in the plan, and having the young forward you signed to play with Lancaster fill his shoes.

Wilson Harris landed at LouCity with immense Championship pedigree, and with four goals in eight games this season at a strike rate of a goal every 148.3 minutes he’s continued to shine. The 22-year-old now has 29 goals in the Championship’s regular season at an overall strike rate of 158.5 minutes per goal. When Lancaster’s healthy, it’s only going to make this team scarier.

5. JOSH WYNDER IS THE FUTURE: When Louisville City FC faced the Tampa Bay Rowdies in last year’s Eastern Conference Final, more than half its starting lineup was 30 years of age or older, as were four members of its bench. That led to an aim to refresh this offseason with younger arrivals like Perez, Harris, Ray Serrano and Enoch Mushagalusa.

The most promising of those pushed into the starting line, however, might have come from within. 16-year-old Joshua Wynder has started six of seven league games before his call-up to the United States U-19 Men’s National Team last week and has been a solid fit at center back. The LouCity Academy product could just be scratching the surface of his potential, but he’s already been a plus-player so far this season. 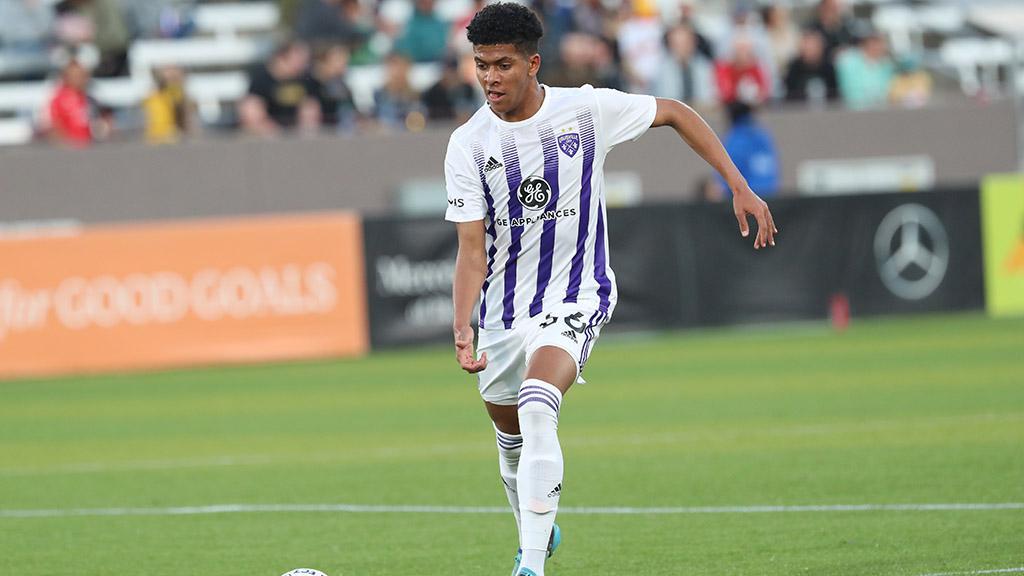 Recently called-up United States U-19 international Joshua Wynder has shone after getting chance to step into the LouCity lineup at 16 years of age. | Photo courtesy Birmingham Legion FC

6. LOUCITY DOESN’T LOSE LEADS: Scoring the first goal in a game can set the tone for how the rest of the contest is going to play out. For LouCity, that tone has been, “we’re winning this contest.”

Louisville has yet to drop a point from a winning position this season, an only once has let an opponent draw level after it scored the opening goal. That was in the side’s 5-2 victory on the road against San Diego Loyal SC on April 16, when it took the meeting of the then-top teams in their respective conference. By contrast, last season the side dropped 12 points when it held a lead, an indicator of how the defensive improvement the side has delivered this campaign is paying off already.

7. SUSTAINABLE ACHIEVEMENT: The biggest thing to take away from LouCity’s undefeated start is that it’s been absolutely sustainable. The club’s shot conversion rate of 15.7 percent is 12th in the league, right around the average. It’s only had one game in which it hasn’t had a positive Expected Goals mark over its opponent – the outlier being the 0-0 draw against Birmingham Legion FC in which it played down a man for more than a half.

We’re a long way away from LouCity being in contention for one of the longest undefeated runs to start a USL Championship season – that’s still 22 games by the Richmond Kickers in 2013 – but there’s nothing that indicates there’s going to be a drop off any time soon for Head Coach Danny Cruz’s side.