Memphis 901 FC is rolling, and this could only be the start 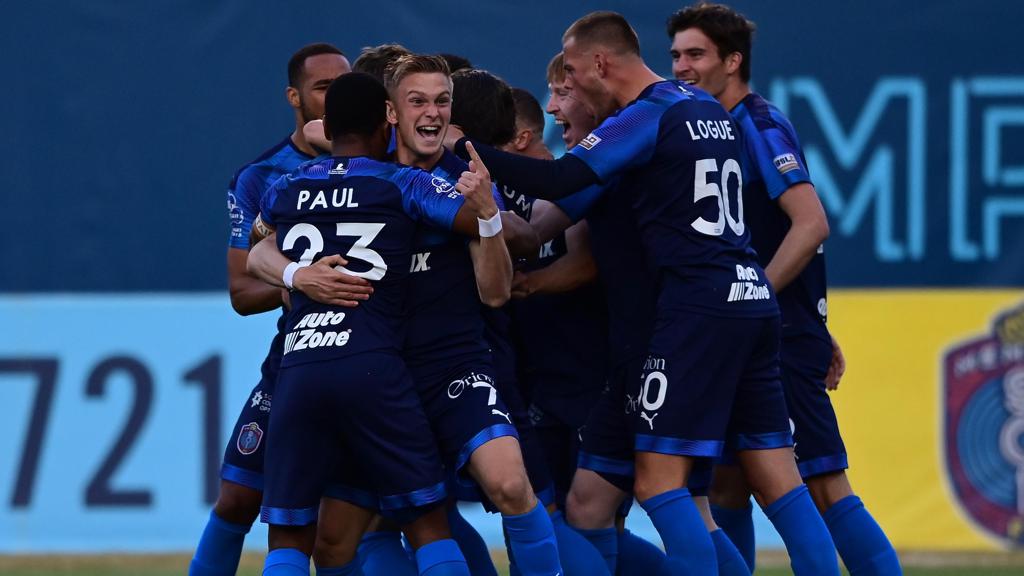 Memphis 901 FC has won four of its last five outings after Wednesday's 3-1 win against the Tampa Bay Rowdies, which saw the side score the fastest goal in club history after just 20 seconds. | Photo courtesy Memphis 901 FC

You could hardly have drawn up a better start to Wednesday night’s game for Memphis 901 FC.

“We sent it along, it gets knocked down,” said 901 FC forward Phillip Goodrum. “We get it to Derek, Derek [Dodson] gets it to Jeremy [Kelly], and it goes back to me, and it goes in the back of the net. It’s exactly what you want. There’s no way to start off better. It’s the fastest goal I’ve ever scored.”

Finding the back of the net after just 20 seconds, the fastest goal in 901 FC history and the 13th-fastest in the USL Championship’s history, the hosts were off to a flyer against the two-time defending Eastern Conference title holder Tampa Bay Rowdies.

What happened next, therefore, could have quickly burst that bubble of elation.

A top-class free kick by the Rowdies’ Lewis Hilton – picking out the top-left corner from 25 yards beyond dive of Memphis goalkeeper Trey Muse – a little over two minutes later pulled the visitors level and reset the game.

Memphis could have flinched.

Instead, it showed the spirit and quality currently in Head Coach Ben Pirmann’s squad. The side got back to work, playing out a balanced first half while keeping the visitors from creating clear chances to go ahead. 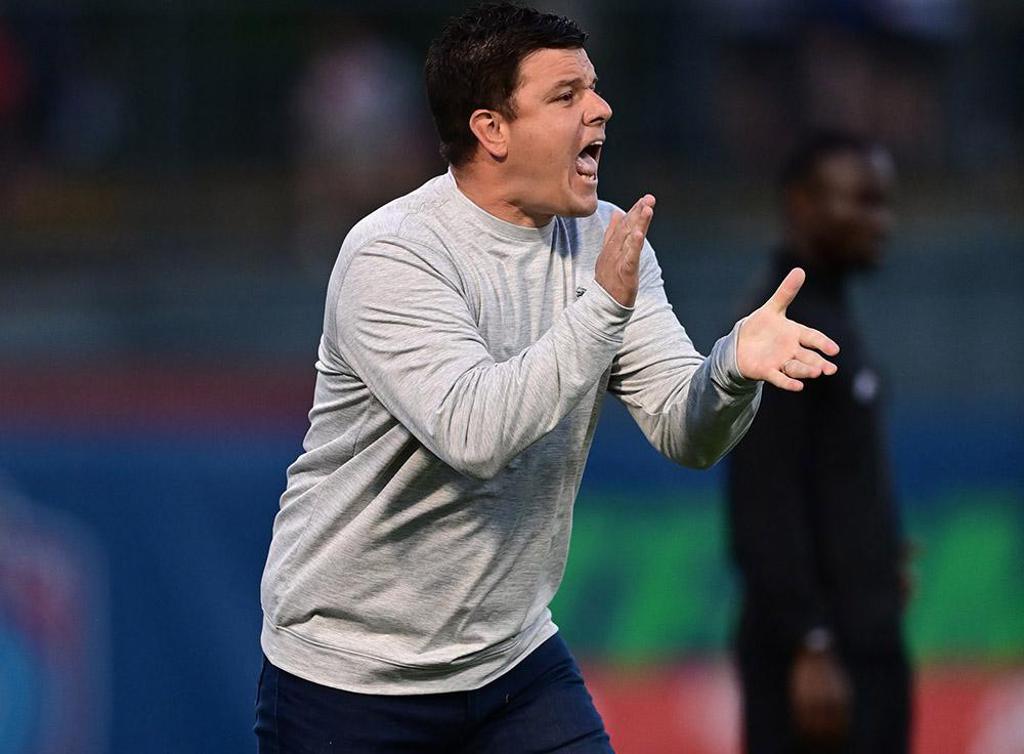 Memphis 901 FC Head Coach Ben Pirmann cajoles his side from the sideline during its 3-1 victory against the Tampa Bay Rowdies on Wednesday night. | Photo courtesy Memphis 901 FC

“In defense, we want to get ball pressure,” said Pirmann. “That doesn’t just mean high. When we get in the midfield, we don’t want forward passes. They had a seven man, [Lewis] Hilton, who is top class in my opinion. We want him going backwards and sideways, not diagonal and forward. The ball pressure in and around the goal, they’re the best crossing team in the league. They play the same system. They get their wingbacks high, serve balls in the box and they have animals in there, so we had to deny crosses.”

While the Rowdies had difficulty connecting from the flanks, when 901 FC capitalized on a free kick from the left in first-half stoppage time as Aaron Molloy’s delivery found Dodson for a powerful header it tilted the game back in its favor. While the side had to avoid some scares, even as the Rowdies went down to 10 men with Steevan Dos Santos sent off in the 57th minute for his second yellow card, Muse came through before Chris Allan’s goal with five minutes remaining put the game to bed.

Memphis has now won four of its last five outings, emulating the type of form the side delivered late in the 2021 campaign to surge into the USL Championship Playoffs for the first time. After a road victory at Colorado Springs Switchbacks FC earlier this month that handed the hosts the first blemish on their record this season, a first win against the Rowdies in the third meeting between the sides continued to show the upward trajectory the side has taken since Pirmann’s permanent appointment after an interim spell late in 2020 prior to last season.

The ethos the 36-year-old Head Coach has instilled, combined with a tactical set-up that has helped his side thrive, has 901 FC looking like a side ready to challenge the top teams in the Championship this season.

“We have the best environment I’ve ever seen at the pro level,” said Goodrum. “Everyone is willing to go out there and run through a wall for each other and that says a lot about this group. We do everything together. It’s just about keeping that going.”

“I’m very proud,” added Pirmann. “I say we focus on two things, attitude and effort, and there’s not a day gone by where this team has not given 100 percent effort and had a great attitude. Win, lose or draw we deal with it, but our attitudes and effort has been phenomenal.”

As strongly as Memphis has started this campaign, where the side finishes could end up being even more impressive.