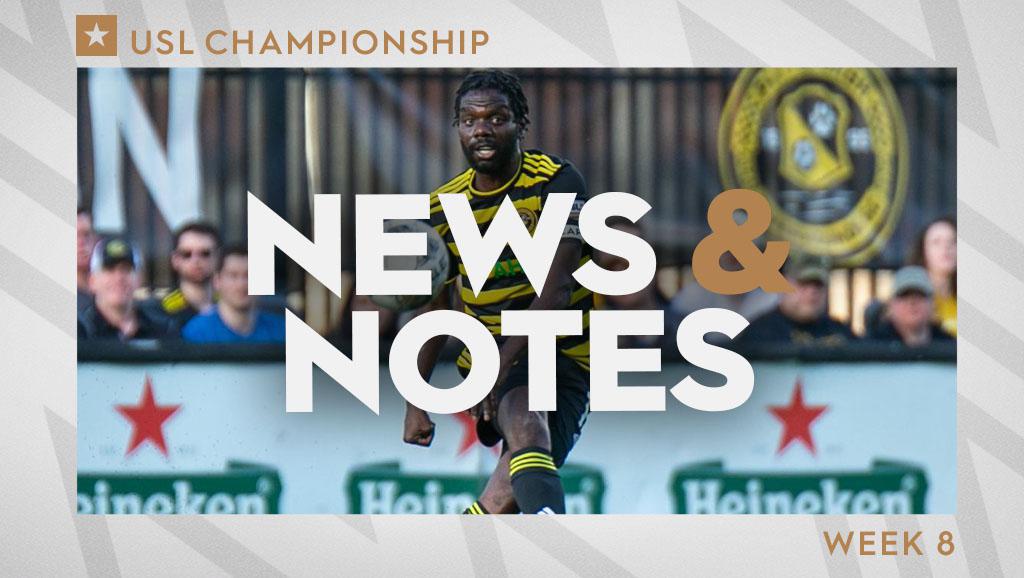 The USL Championship will near the conclusion of the first quarter of the regular season this week as a slate of games including a top-two clash in the Eastern Conference and some intriguing interconference contests plays out this weekend.

In addition, there are some significant individual landmarks that can be reached by some of the league’s longtime standouts, including the potential we could see the first player to reach a half-century of assists in the regular season.

Here’s what you need to know going into Week 8 of the campaign.

KING KENNY ON VERGE OF HALF-CENTURY
Two season ago, Pittsburgh Riverhounds SC’s Kenardo Forbes became the USL Championship’s all-time assists leader as he passed Cuban playmaker Maikel Chang with the 39th regular-season helper of his career. This past Saturday, Forbes moved to the verge of a league first after recording the 48th and 49th assists of his career in the Hounds’ 4-0 victory against Atlanta United 2 at Highmark Stadium, one shy of becoming the first player in league history to reach a half-century of regular season assists.

Forbes’ two-assist performance was the eighth of his career in the Championship’s regular season, currently the most of any player in league history after breaking a tie with Hartford Athletic’s Danny Barrera on seven. As Pittsburgh heads to Louisville on Saturday, the Jamaican has recorded one assist in prior meetings with LouCity as he seeks his latest landmark moment.

In its history, LouCity has posted one of the best home records in the league with 66 wins in 109 regular season contests, and only 18 defeats. Almost one-quarter of those losses, however, have come against the Hounds, who are a remarkable 4-1-1 in their travels to the Derby City during the Championship’s regular season. Among those visits was a 3-1 win in the first game at Lynn Family Stadium history in 2020 when goals by Jordan Dover, Robbie Mertz and Anthony Velarde spoiled the housewarming for the hosts.

You might think that would translate to the Hounds also holding serve at Highmark Stadium, but there the roles are reversed. In seven regular-season trips to Pittsburgh, LouCity has never suffered defeat, going 4-0-3 away from home in the rivalry between the two clubs. That makes for a combined 8-1-4 record in favor of the visiting side overall, a remarkable number considering the home strength both sides currently exhibit. 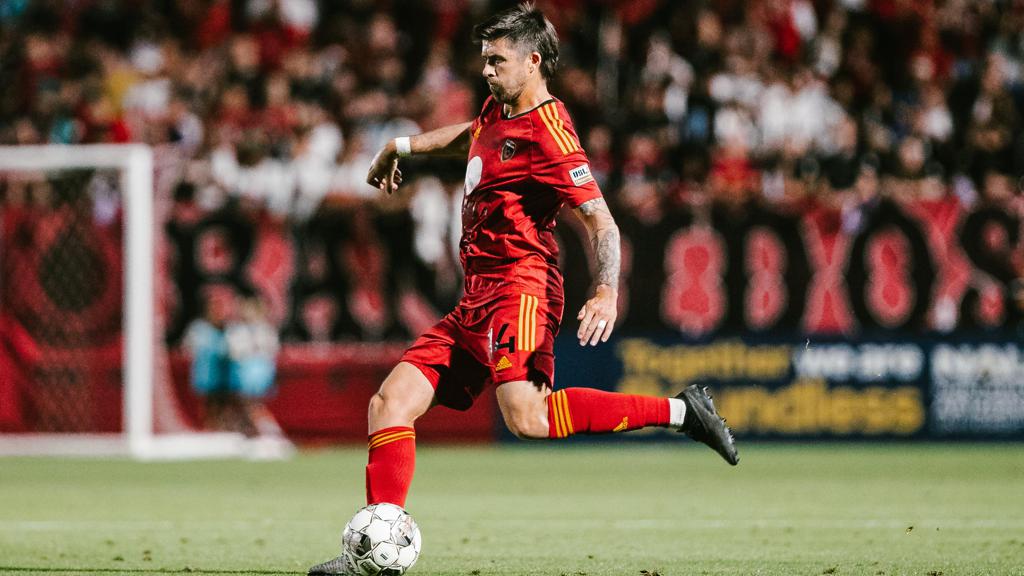 Phoenix Rising FC’s Aodhan Quinn is set to become the 14th player in the USL Championship’s history to record 200 regular season appearances on Sunday when Rising FC visits the LA Galaxy II, marking the latest landmark in what has been a standout career in the league. Quinn is currently tied for second place in the league’s history with 44 regular-season assists, while his 37 regular season goals put him as one of only two players to have recorded at least 35 regular-season goals and 40 regular-season assists in the league alongside former Rising FC teammate Solomon Asante.

The 30-year-old has shown remarkable consistency over his appearances, and currently sits fourth in the Championship’s regular season all-time ranking with 16,359 minutes played. Currently, Quinn has played 91.3 percent of available minutes across his appearances in the league, having played every minute of a season once in 2018 for Orange County SC.

PHOENIX CONTINUES TO BE COMEBACK KING
Phoenix Rising FC claimed its first comeback victory of the 2022 season on Saturday night as it took a 2-1 victory against Miami FC at Wild Horse Pass on Luis Seijas’ 88th-minute winner, which landed at No. 5 on ESPN SportsCenter’s Top 10 that night. 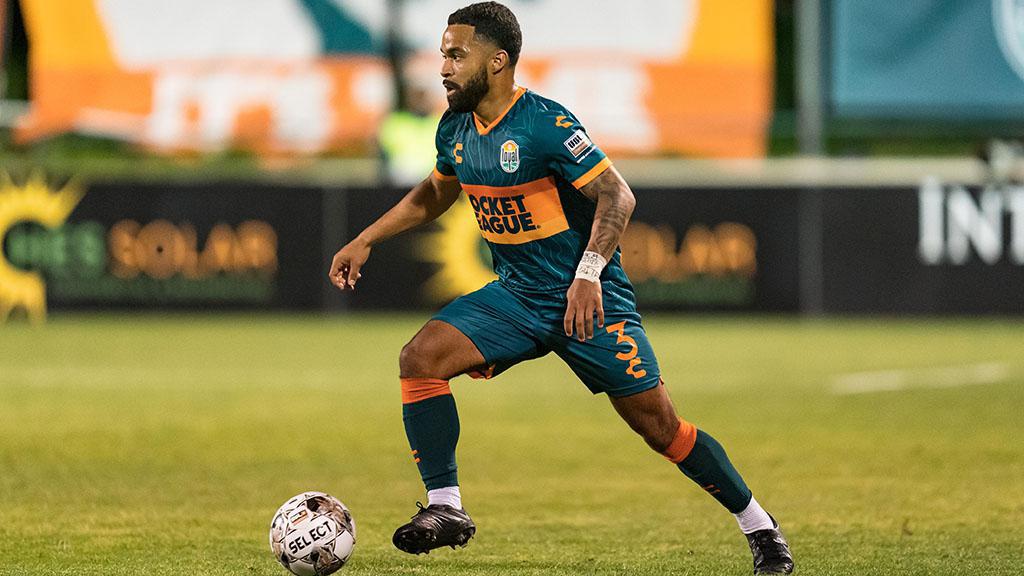 Loudoun United FC’s Hayden Sargis has been suspended for one game following his red card for denial of a goalscoring opportunity against Birmingham Legion FC on April 24. Sargis will be unavailable for Loudoun’s contest against El Paso Locomotive FC on Saturday night.