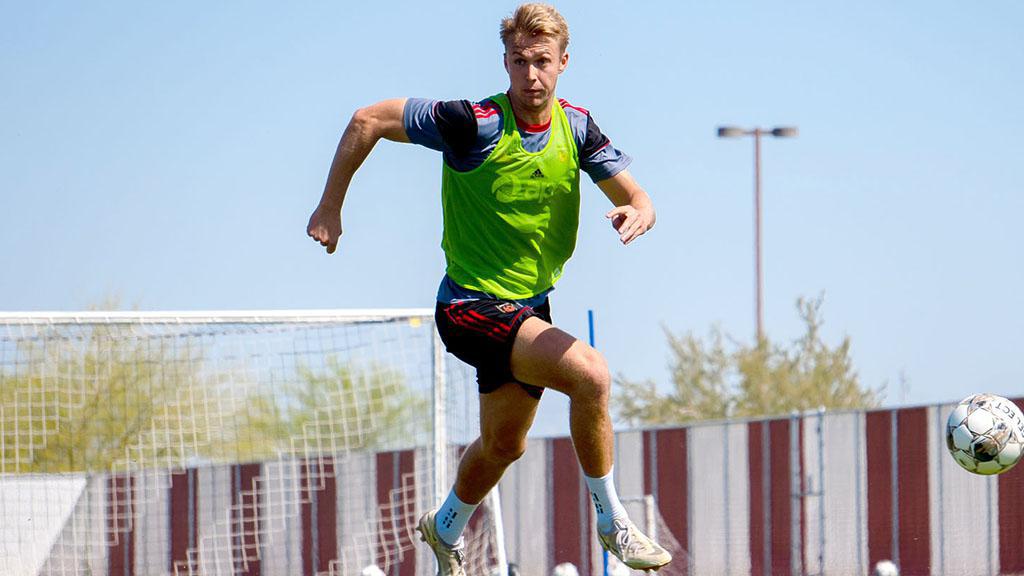 PHOENIX – Phoenix Rising FC announced on Monday it had acquired defender Sivert Haugli on loan from MLS NEXT Pro side Portland Timbers2, pending league and federation approval. T2 retains the right to recall Haugli at any point this season.

“I’m very excited to be a part of this historic and successful club,” said Haugli. “I will give it my all each time out. I cannot wait to get out there with the rest of the guys and contribute to the team.”

Haugli was selected by the Timbers with the 83rd overall pick in the 2022 MLS SuperDraft after a standout career at Virginia Tech collegiately. Haugli started all 71 of his appearances for the Hokies, scoring four goals and three assists in his four-year career. In 2020, Haugli led the side in minutes played (1,541) and was named to the Academic Honor Roll.

“We are very excited to have a player of Sivert’s quality join our team,” said Rising Head Coach Rick Schantz. “He has tremendous physical attributes and is a very technical player. Sivert brings another quality defender to our team who can play dangerous passes forward. With some of the injuries and accumulated minutes we have had already this season, it will be good to add another imposing defender.”

In addition to competing for the Hokies, Haugli played with USL League Two side Des Moines Menace in 2021. The team went 11-1-0 on the season and won the League Two Title. Haugli appeared in nine matches for the Menace, scoring two goals in 598 minutes.