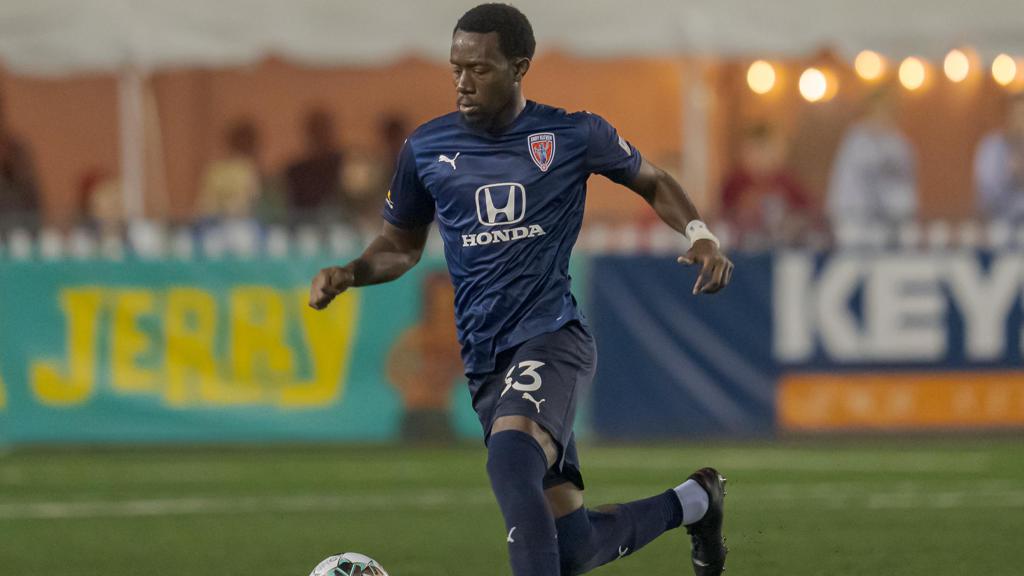 Colorado Springs Switchbacks FC has signed defender Tobi Adwole, who has made more than 100 appearances across the regular season and playoffs in the league in his career. | Photo courtesy Matt Schlotzhauer / Indy Eleven

COLORADO SPRINGS, Colo. – Colorado Springs Switchbacks FC announced on Thursday the club had signed defender Tobi Adewole. Per club policy, the details of the signing have not been made public and the transaction is pending league and federation approval.

“Tobi has played a number of games in the Championship, and all at playoff clubs,” said Switchbacks Head Coach and General Manager Brendan Burke. “We are very happy to have him join this group and provide us another player with quality and experience who can compete to start and continue to drive our training environment and team forward.”

Adewole began his professional career in the Championship at Pittsburgh Riverhounds SC, where he made 74 appearances in the regular season and playoffs across three seasons. Adewole notched 6,169 minutes for the club, recording 301 clearances and 145 interceptions while posting a duel success rate of 65.3 percent and a passing accuracy rate 74.4 percent as the Hounds advanced to the playoffs in his second and third seasons.

The Nigerian began the 2020 season with Saint Louis FC, where he made 12 appearances in the abbreviated campaign while helping the side reach the USL Championship Playoffs, maintaining a 68.3 duel success rate and 78.5 passing accuracy rate, before joining Phoenix Rising FC ahead of the 2021 campaign. Adewole split the past season between Phoenix and Indy Eleven, moving past 100 appearances across the regular season and playoffs in his career in the process.

“I’m happy to be a part of this team and contribute the best way I know how,” said Adewole. “I’m familiar with the players and coaching staff; this is a great team, so I know to expect exceptional things. I am ready and can’t wait to get started. I know the quality of the group and happy I can add to that.”