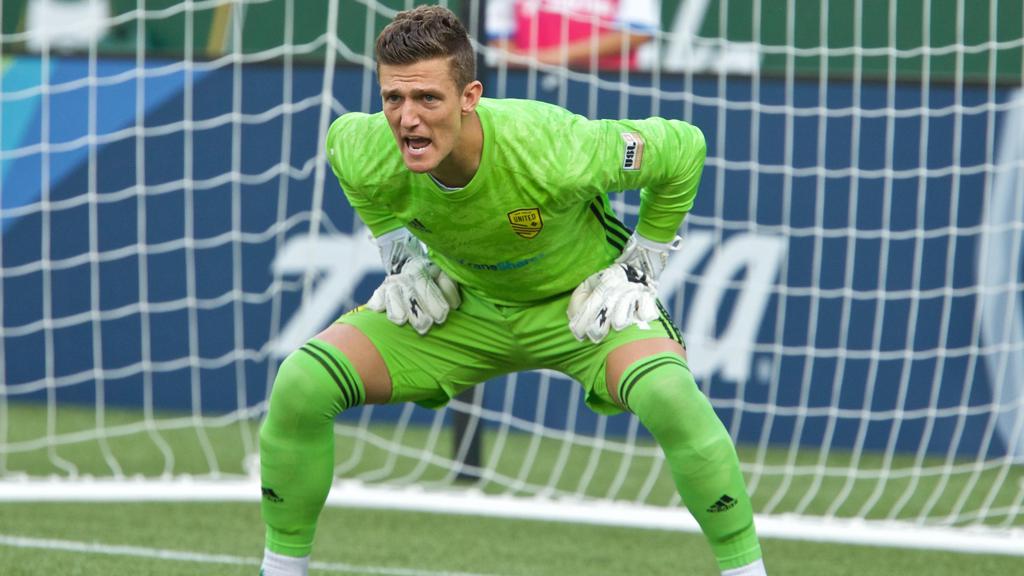 Goalkeeper Cody Mizell has returned to New Mexico United on a short-term loan from New York City FC, and will be available for selection this weekend against Phoenix Rising FC. | Photo courtesy Craig Mitchelldyer / Portland Timbers 2

The 30-year-old Georgia native is New Mexico’s all-time leader in goalkeeper appearances (56), goalkeeper minutes (5,190), saves (124), and clean sheets (11). He helped lead United to playoff appearances in the club’s first two seasons, and to the quarterfinals of the Lamar Hunt U.S. Open Cup in 2019 – a tournament that saw him make key saves to win two penalty shootouts.

“We are excited to have Cody back with us for a few games,” said United Head Coach/Technical Director Zach Prince. “This is a very unique circumstance. I am very mindful of the players we bring into our club. He is a player that I have worked with in the past and that has played for us. This experience means that he has a genuine care for our club, and knows the responsibility that we have to our community.”

After the 2020 season, Mizell joined NYCFC for the 2021 season and was part of the squad that claimed MLS Cup last December while backing up current United States Men's National Team member Sean Johnson. Mizell can be recalled by NYCFC at any point of the loan.