Colorado Springs’ Brendan Burke: “We are all chasing the same vision” | USL Championship Coach of the Month 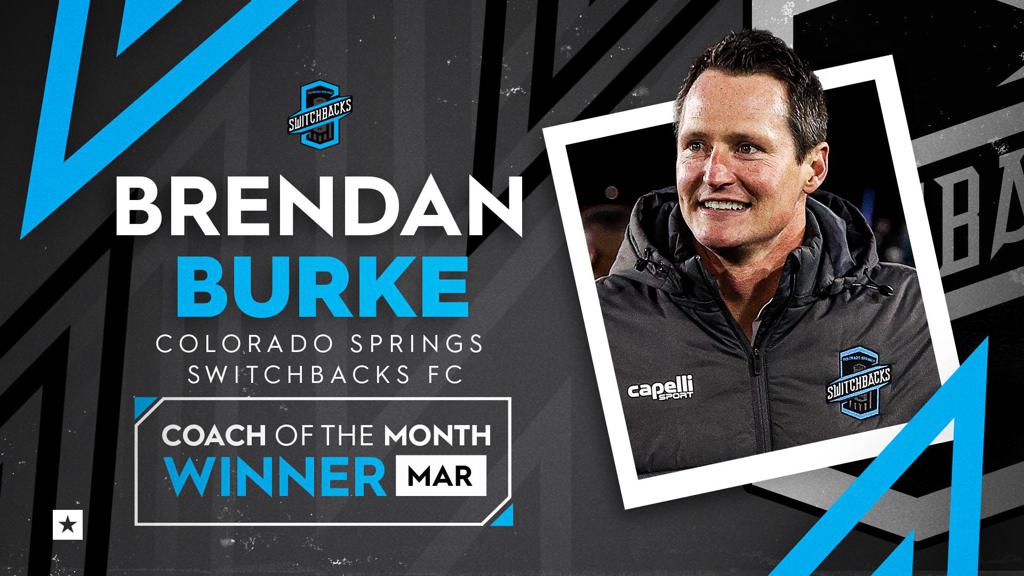 In Year 2, after an opening month of the season that saw the side win three games out of three while never trailing, the Switchbacks are on the verge of equaling the best start in a USL Championship season. On Wednesday, Burke was named as the USL Championship’s Coach of the Month for March, honoring the success he and his squad have achieved to start the new campaign.

“I would start by saying that with so many good coaches in this league, it is a big honor for our entire technical staff and our players,” said Burke. “This is very much a recognition of team performance and the credit for it can be spread up and down our staff and locker room.”

Burke’s role in that success shouldn’t be underestimated. The 39-year-old who previously achieved success in USL League Two at Reading United AC and in the Championship at the Philadelphia Union II – where he guided current United States internationals Brenden Aaronson and Mark McKenzie in their first steps in the professional ranks – arrived in Colorado Springs tasked with turning around a club that had posted a cumulative .276 winning percentage over its prior four seasons.

With a bolstered squad led by 2021 Championship MVP Hadji Barry and winger Michee Ngalina, the Switchbacks equaled their best points total in a regular season and set a new club-best with 60 goals in the regular season. This year, the side has delivered more balance at both ends of the field, with its new arrivals having quickly meshed with the returning standouts to create what has so far been a formidable outfit. 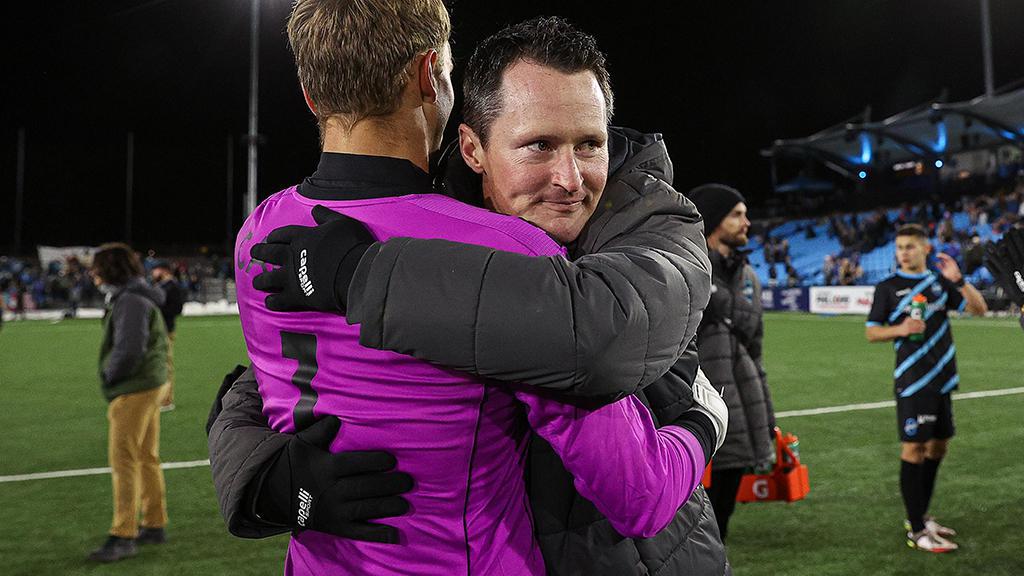 “The blend of players that were already with us, the core from last year, recognizes the quality and experience in our new players,” said Burke, with goalkeeper Jeff Caldwell, defender Dennis Erdmann, midfielder Cam Lindley and forward Elvis Amoh all having contributed to the club’s start. “They have embraced our offseason signings. I think it is just as important to note that the accomplishments of last years' core, Hadji's [Barry] MVP season and leadership, the league wide recognition of Michee [Ngalina] and the talent and excitement that he brings to this league, [Zach] Zandi and [Matt] Mahoney, Jimmy [Ockford], Triston [Hodge] and Bev [Beverly Makangila].

“We want to be a destination for top talent in this league and these guys have put in so much work to make this an attractive destination, the new players' transition has been seamless because we are all chasing the same vision right now, all genuinely want to be a part of what is building here, it's a cool feeling.”

The Switchbacks can equal the best start to a USL Championship season on Saturday as it tries to claim a sixth consecutive victory to start the league campaign at home to Memphis 901 FC. With more tests to come, including a high-profile July 4 clash on ESPN2 against fellow Western Conference contender San Diego Loyal SC at Weidner Field, Burke is looking forward to the opportunity the rest of the season will bring.

“We are very aware that the season is young and will present a number of obstacles, and that there are so many good teams that we haven't seen yet,” said Burke. “We do intend to add quality to the current squad and continue to challenge each other internally and bring more competition into the fold. Our expectations as a group are far bigger than they were last year and that comes with a greater weight of responsibility. This group can handle that weight and I personally am excited to watch them continue to get better.”

Burke received 46 percent of the vote to take the first monthly award of the season. New Mexico United’s Zach Prince earned 24 percent as he led his side to an undefeated four-game run in his first month as the club’s coach, while Louisville City FC’s Danny Cruz finished third after winning three games out of four in an undefeated start to the campaign.