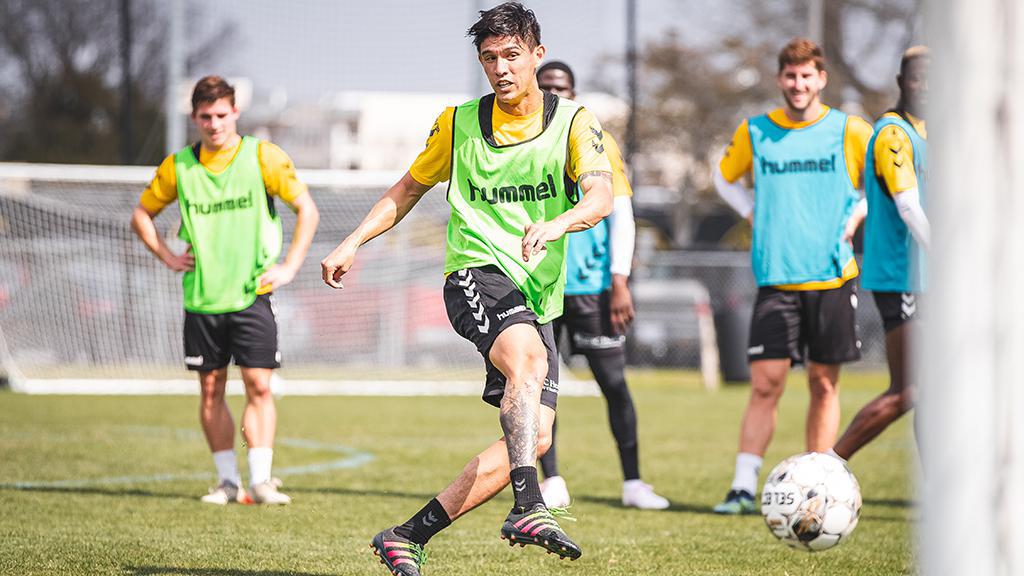 “It feels amazing to sign with the Battery, I think most people, myself included, dream of playing professionally when they start a sport, so to be able to do that is just incredible,” said Holcomb. “I’m really looking forward to getting to play for such a historic club and city. Being able to represent a badge with so much history means a lot to me and I’m hoping to do it proud.”

The 22-year-old California native competed with Charlotte during the 2022 preseason and scored in its friendly against the Grenada Men’s National Team on February 1.

With the Demon Deacons, Holcomb made 71 appearances across four seasons. Holcomb helped Wake Forest earn a place in the NCAA Tournament each year he was there, including a run to the College Cup in 2019. He also won the 2018 regular season conference title his freshman year.

“Kyle has really impressed since he arrived here, he’s got a ton of energy, his mentality is right, and he’s got a knack for putting himself in good places to score,” said Battery Head Coach Conor Casey. “He was a mainstay for Wake Forest, playing a lot of different roles and influencing games in a positive manner. Kyle has a lot of leadership qualities and we’re looking forward to having him out there with us this year.”

On the international stage, Holcomb made his debut with the U.S. U-19 National Team on May 7, 2018, in the 2018 Slovakia Cup against the Kazakhstan U-19’s, scoring one goal in the 8-0 victory. He additionally appeared in the 3-0 win over Azerbaijan U-18’s during the friendly tournament, recording one assist.

Holcomb said the transition to Charleston has been made easier by the chemistry and camaraderie within the squad.

“It’s awesome to share a locker room with so many great players I can learn from and ask questions,” said Holcomb. “The coaching staff has been really helpful and having fellow Wake Forest alumnus Chris Duvall here has been invaluable. Chris has gone out of his way to help me and teach me a lot in the short time I’ve been here.”