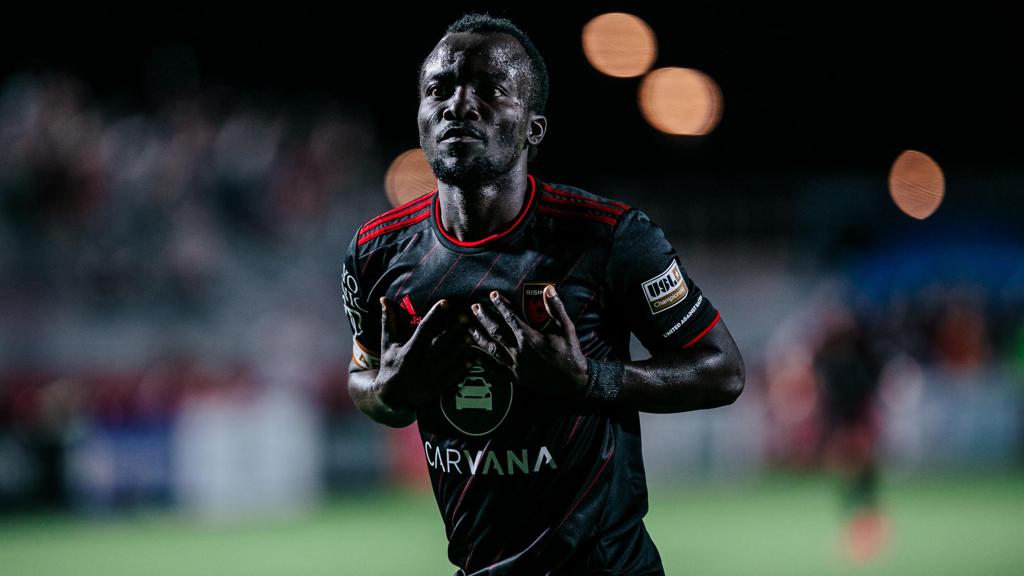 INDIANAPOLIS – Soloman Asante is back.

The two-time USL Championship Most Valuable Player was announced by Indy Eleven as its newest signing, bringing the three-time Championship All-League selection and two-time Western Conference title winner to the club, providing a major boost to the club’s attacking corps.

The 31-year-old Ghanaian is currently undergoing the immigration process necessary for his arrival in the United States, and while no exact timeline is available the club expects him to commence training in Indiana in approximately the next three weeks.

“The USL Championship has always been a great place to play. For me, the challenge never ends and that’s why I chose this great club in Indy Eleven for a new challenge in my career,” said Asante. “With Coach [Mark] Lowry’s remarkable experience, I believe together with my teammates that history will be made. I look forward to meeting the great fans in Indianapolis and especially gaining the support of the Brickyard Battalion.”

Asante joins Indiana’s Team after an accomplished four-year stretch with Phoenix Rising FC that included three All-USL Championship First Team nods from 2018-20 and back-to-back league MVP honors in 2019 and 2020, making him only the second player in league history to win the award twice alongside current Columbus Crew forward Kevin Molino. The 5-foot-2 dynamo was the most productive player in the Championship during his run in the desert, scoring 54 goals and contributing 42 assists across 113 appearances in the regular season and playoffs.

“To be able to add a player of Solomon Asante’s quality and caliber to our club shows the ambition we have,” said Indy Eleven Head Coach Mark Lowry. “Building a winning team and a club that consistently competes for championships requires having strong characters and winning mentalities in the locker room, and Solo definitely checks those boxes for us.”

Asante’s 2019 campaign saw him set the league’s current single-season record with 17 assists, while also recording 22 goals to also claim the Golden Boot. Those numbers contributed to team success as well, as Phoenix established Championship records in goals scored (89) and consecutive wins (20) en route to finishing the campaign with 78 points – one more than FC Cincinnati’s haul the season prior and the most in a Championship regular season.

“Solomon’s individual numbers speak for themselves, but it’s his ability to make his teammates better and raise the level of a squad that makes him a truly gifted player and one we sought highly,” said Indy Eleven President & CEO Greg Stremlaw. “We are thrilled to have him be an important contributor to the winning culture we are building under Coach Lowry moving forward.”

Asante made an immediate mark upon his arrival in the Championship in 2018, when his 14 goals and nine assists helped Phoenix capture its first Western Conference title. The following season his streak of seven straight games with a goal tied him for the second-longest stretch in league history, contributing mightily to Rising FC’s record-setting season. In 2020, Asante again led the Championship with nine assists during the truncated season and helped Phoenix to a second Western Conference title while claiming the MVP award for a second consecutive season.

Asante had previously represented his native Ghana on the senior international level on 21 occasions between 2012-15, including six appearances in the African Cup of Nations continental championship and a trio in FIFA World Cup Qualifying. Asante was an accomplished player in a trio of African leagues prior to jumping stateside, suiting up for Ghanian sides Feyenoord Ghana (2007-09) and Berekum Chelsea (2011-13), ASFA Yennenga in Burkina Faso (2009-11), and Congolese club TP Mazembe from 2013-17. Asante thrived with Zaemebe, helping the squad to three league titles in four seasons as well as African Champions League (2015) and African Super League (2016) crowns. He ended his playing days in Africa by being named the Ghana Player of the Year in 2017.