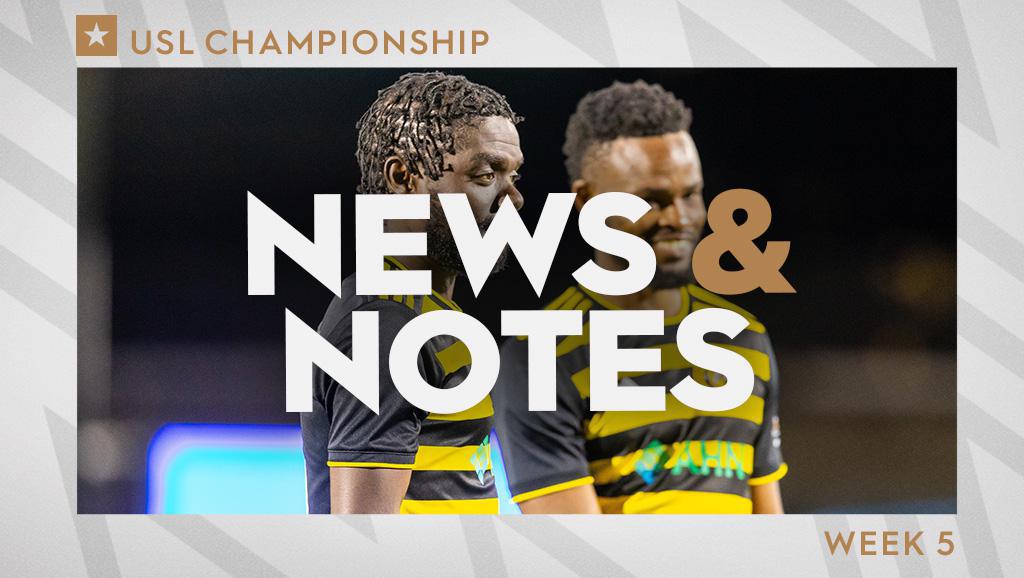 This weekend in the USL Championship, one of the league’s legends reaches a major landmark, plus we’ve got details on which forwards have held a particular enjoyment in facing certain opponents, and which current Championship players could get the chance to shine when the 2022-23 Concacaf Nations League kicks off in June.

We’ve also got your watchlist for upcoming landmarks around the league, and the weekly Discipline Report.

HOUNDS’ FORBES SET FOR 200TH REGULAR SEASON APPEARANCE
Pittsburgh Riverhounds SC’s Kenardo Forbes is on course to make his 200th regular season appearance in the USL Championship on Saturday when his side visits FC Tulsa at ONEOK Field, which would see the Jamaican midfielder become the 13th player to reach the landmark in league history and second this season following Louisville City FC’s Paolo DelPiccolo.

Forbes has been one of the all-time greats in the Championship, earning All-League selection five times in the past six seasons. The 33-year-old’s numbers since the USL Championship partnered with Opta prior to the 2017 season have highlighted both his durability and his capability as a two-way player, sitting as both the Championship’s all-time assist leader (46) while amassing significant numbers elsewhere. Here’s a look at the key categories for Forbes since 2017, and his overall rank over the past five-plus regular seasons. 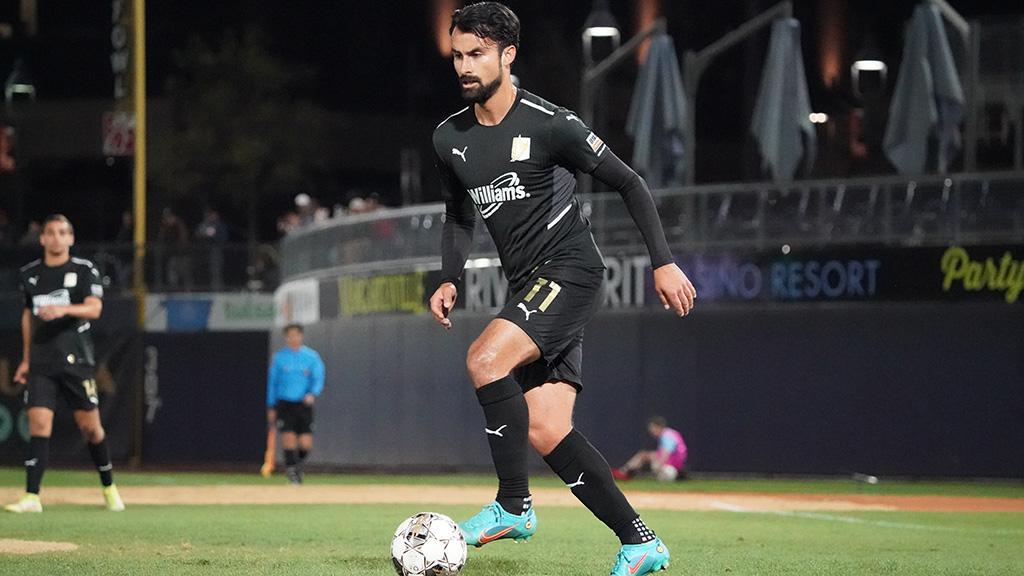 FC Tulsa and El Salvador's Joaquin Rivas could square off again with the United States Men's National Team this summer after the countries were drawn together in the group stage of League A in the 2022-23 Concacaf Nations League. | Photo courtesy FC Tulsa

The draw for the 2022-23 Concacaf Nations League was made this week, offering players from across the USL Championship the opportunity to compete against some of the biggest countries in the region in the pursuit of a place at the 2023 Concacaf Gold Cup next summer.

Both El Salvador and Grenada were drawn in a group with the United States in League A, with the two countries each having featured current Championship players in recent selections. Elsewhere in League A, the Championship is likely to be represented in the squads of Jamaica, which was drawn alongside Mexico and Suriname.

So far this year, 29 players from the USL Championship have been called up for senior international duty across the world, spanning three federations. 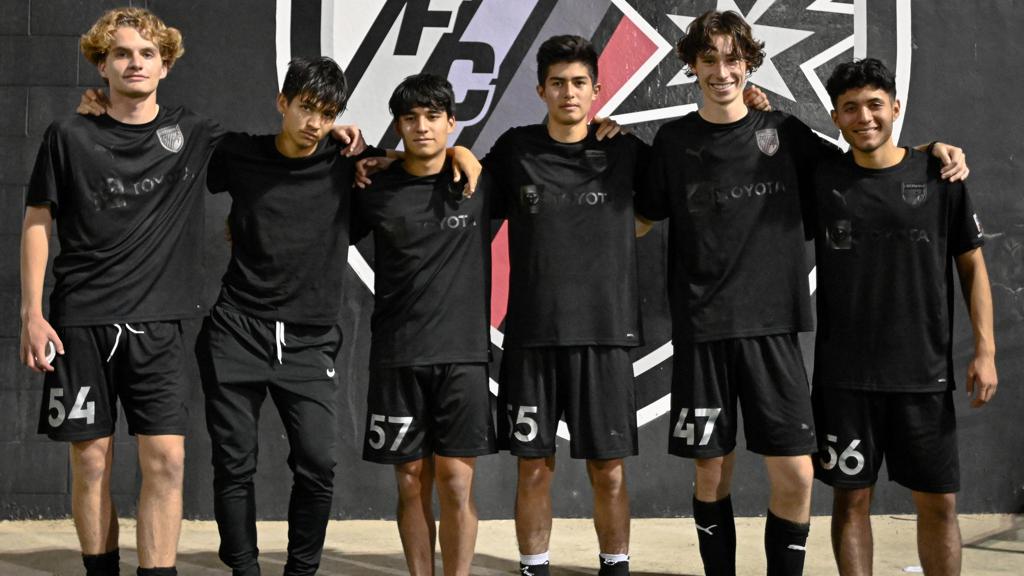 The past midweek of Lamar Hunt U.S. Open Cup action saw USL Championship sides look to offer opportunities to some of their up-and-coming USL Academy signings, with a total of 21 players currently signed to USL Academy contracts this season seeing action.

Leading the way was San Antonio FC, which featured five outfield players in its starting lineup in a 3-1 victory against D’Feeters Kicks SC, including 17-year-old midfielder Henrik Sakshaug, who notched a pair of goals in the victory for his first in the professional ranks.

TAMPA BAY’S SEBASTIAN GUENZATTI HAS BEEN MIAMI FC NEMESIS
Since the start of the 2019 USL Championship season, no player has recorded more goals than the Tampa Bay Rowdies’ Sebastian Guenzatti with 51 tallies. For the Rowdies’ captain, there have been a few teams that have been favorites to face in that span, including Tampa Bay’s in-state rival Miami FC, against which he has recorded six goals in seven meetings between the sides since Miami joined the Championship for the 2020 season.

Guenzatti has averaged a goal every 94 minutes against Miami ahead of the two teams meeting this Saturday at Al Lang Stadium, while having also scored six times against the Charleston Battery and Atlanta United 2 in Rowdies colors. That’s not the best goal/minutes ratio against a single team since the start of the 2017 season, however. Overall, there have been 27 instances of a player having recorded at least five goals in a minimum of five appearances that have averaged better than a goal every 100 minutes, including Louisville City FC’s Cameron Lancaster getting two entries in the top five over that span.

USMNT TEAMMATES LANDON DONOVAN, CONOR CASEY MEET ON SIDELINES
Since the appointment of Preki as the first Head Coach in Sacramento Republic FC history in 2014, there have been a total of 10 former United States Men’s National Team players lead clubs from the sidelines in the Championship’s history. On Saturday, we’ll get the second instance where two former players that were selected for an official FIFA tournament alongside one another for the USMNT will square off.

Conor Casey’s Charleston Battery and Landon Donovan’s San Diego Loyal SC will meet on Saturday at Torero Stadium with the two having previously been teammates for the United States at the 2009 FIFA Confederations Cup in South Africa. Both players featured in the United States’ famous 2-0 victory against Spain in the Semifinals of the tournament, with Donovan in the starting lineup and Casey coming on as a second-half substitute.

Donovan and SD Loyal had previously squared off with Steve Cherundolo and Las Vegas Lights FC a season ago, marking the first instance of this scenario in the Championship. Cherundolo and Donovan competed alongside each other at the 2006 and 2010 FIFA World Cup. The lone prior instance of United States teammates that competed together at a FIFA event coaching at the same time in the league was in 2016 when John Harkes led FC Cincinnati and Steve Trittschuh led Colorado Springs Switchbacks FC. Due to the lack of cross-conference competition at that time, the 1990 FIFA World Cup teammates did not face one another as head coaches. 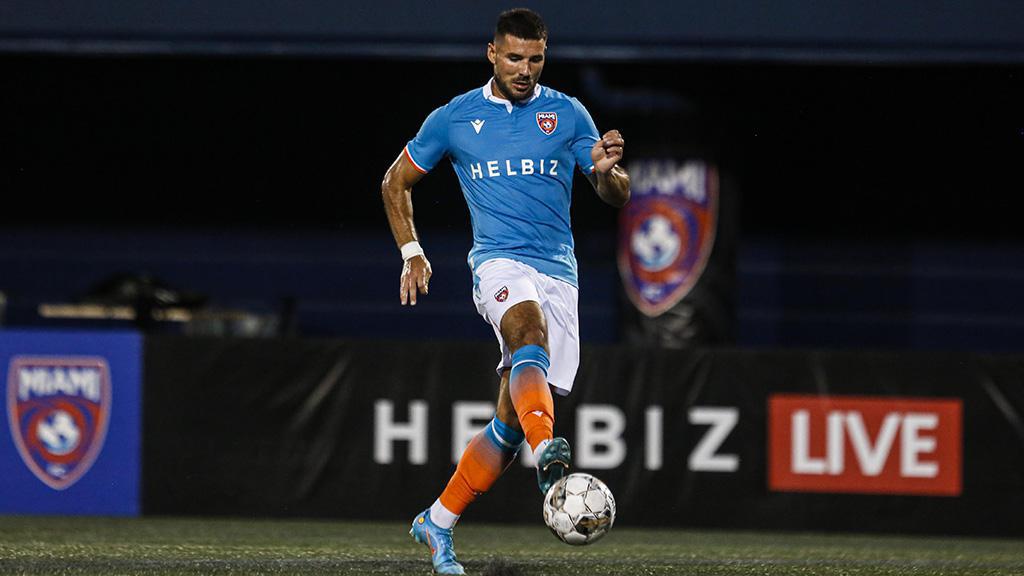 Louisville City FC’s Napo Matsoso has been suspended for one game following his red card for violent conduct during the club’s contest on April 2 against Birmingham Legion FC. Matsoso will be unavailable for selection in Louisville’s contest against Loudoun United FC on Sunday afternoon.

The New York Red Bulls II’s Giannis Nikopolidis has been suspended for one game following his red card for denial of a goalscoring opportunity during the club’s contest on April 2 against FC Tulsa. Nikopolidis will be unavailable for selection in New York’s contest against Rio Grande Valley FC on Friday, April 15.