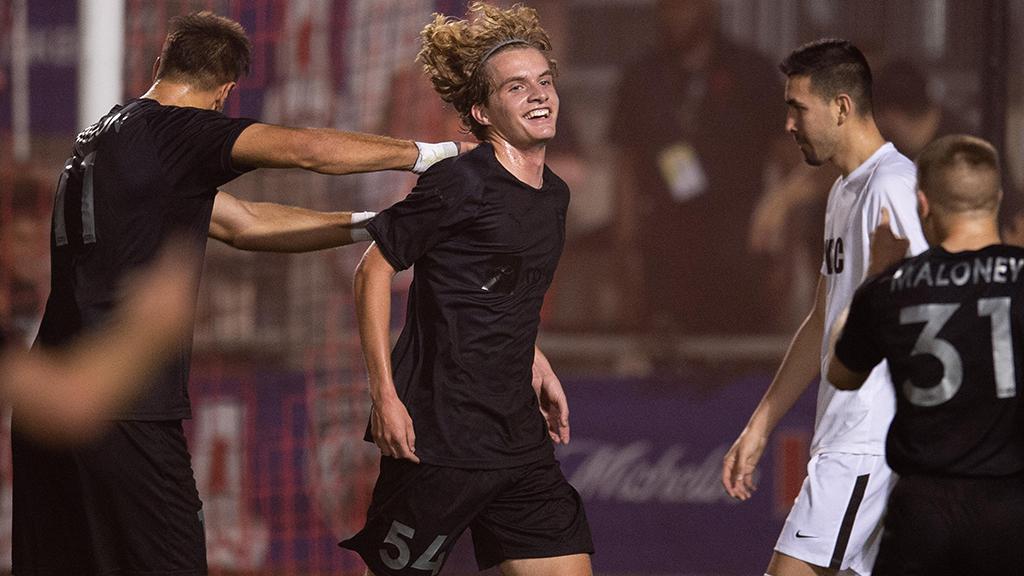 If you want to go back to the roots of 17-year-old Henrik Sakshaug’s historic first start for San Antonio FC on Tuesday night, you’d find him on a practice field working on precision with his dad.

“Whenever I’d go to the field with my dad when I was a kid, I’d always train on low shots exactly, the ball coming at the edge of the box,” said Sakshaug. “All the hard work really paid off tonight for that, so I felt really good.”

The USL Academy signing’s first two goals in SAFC’s First Team colors proved the key as San Antonio advanced to the Third Round of the 2022 Lamar Hunt U.S. Open Cup with a 3-1 victory against D’Feeters Kicks SC before a crowd of just over 2,000 fans at Toyota Field.

Coming just days after his senior debut as a second-half substitute against Phoenix Rising FC in the USL Championship this past Saturday, Sakshaug became the youngest player in SAFC history to record a two-goal performance, while also becoming the second-youngest goalscorer overall in its history at the age of 17 years, two months and 17 days old.

Considering the level of talent that has emerged from the SAFC Pro Academy since its inception, that’s an impressive feat. The composure Sakshaug showed in his finishing throughout his performance was impressive – picking out either corner of the net with sharp, first-time finishes on his two goals and putting 3 of 4 shots on target overall – as he and fellow USL Academy signings Roman Holt, Kai Louviere, Giovanni Padilla and Matthew Matsuzaki all got their chance in the starting lineup.

Nothing quite like home grown goals @SAFCProAcademy product Henrik Sakshaug gets his first goal in just his second appearance with the first team! #Defend210 pic.twitter.com/TtALigFyum

Just a few minutes later he followed that up with his second #Defend210 | #OurFuture https://t.co/NejHWSguNY pic.twitter.com/nDekAQaogG

“They’ve earned the opportunity to be with the First Team since preseason,” said SAFC Head Coach Alen Marcina. “This is work that they’ve put in over the years, and now it’s the day-to-day process with the First Team and they earned the opportunity to showcase and to perform and execute in Open Cup. This is an important game for us, and they stepped up and did well. Henrik took his chances, and he took them well.”

Having almost half the starting lineup be made up of current USL Academy signings added to the meaning of the night for Sakshaug. 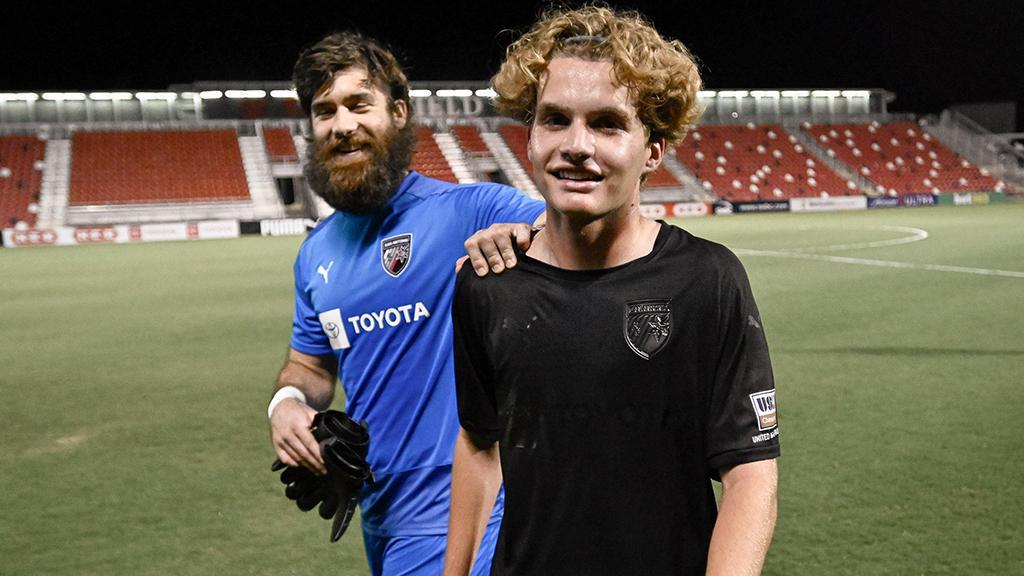 San Antonio will learn its opponent in the Open Cup’s Third Round on Friday morning, with the potential the side could face one of the 17 Major League Soccer clubs set to enter in the next round. If Tuesday was the starting point, Sakshaug is ready to push on and deliver more when called on this season.

“It feels good, but there’s always more work to do,” he said. “I can take it in, but I can’t just focus on that. I have more work to do and more things to accomplish.”