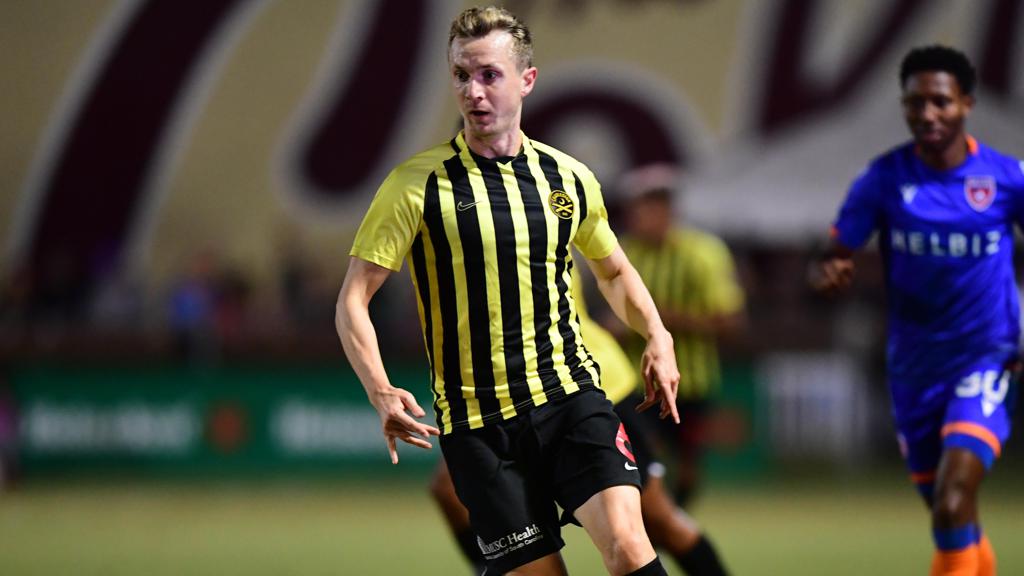 SEASIDE, Calif. – Monterey Bay F.C. announced on Friday that the club had signed midfielder Robbie Crawford ahead of its match against Sacramento Republic FC on Saturday night as the club continues its inaugural USL Championship campaign.

Crawford has spent the past two seasons in the USL Championship with the Charleston Battery, where he made 39 regular-season appearances and recorded three goals, one assists and 42 chances created. The 29-year-old helped the Battery earn a place in the USL Championship Playoffs in 2020, when the side advanced to the Eastern Conference Semifinals.

“Robbie is an experienced midfielder with a great range of passing and an eye for the goal,” said Monterey Bay F.C. Sporting Director and Head Coach Frank Yallop. “He started his career at Glasgow Rangers in the Scottish Premiership and he was an outstanding player the last two years with Charleston Battery as well.”

Crawford joined the youth academy of top Scottish Premiership side Rangers aged eight years old and stayed through to signing his first professional contract with the club in 2012. Crawford remained at Rangers until 2016 and recorded seven goals and six assists in 57 total appearances. He scored his first professional goal against Airdrieonians in only his third professional match, while also adding two assists in the same game.

After loan spells with Greenock Morton and Alloa Athletic from 2014-2016, Crawford signed with Icelandic club FH and tallied eight goals and one assist in 57 matches from 2017-2018. Then in 2019, the midfielder joined Finnish squad IFK Mariehamn where he appeared in 37 matches before making the move to Charleston.

“It’s really exciting to be a part of a brand-new team. I came in on trial during the first week and since day one it's been amazing,” said Crawford. “Everyone has welcomed me, coaching staff and players alike. Obviously, it's not an easy thing when you’re out of contract and looking for a new club, but I always had faith that something would come up and thankfully this opportunity did. Frank has been really welcoming as have all of the coaching staff been. He told me what he wanted from me, and I feel like I’ve been given a lot of freedom to play and express myself. He’s been amazing with me personally and on the field.”