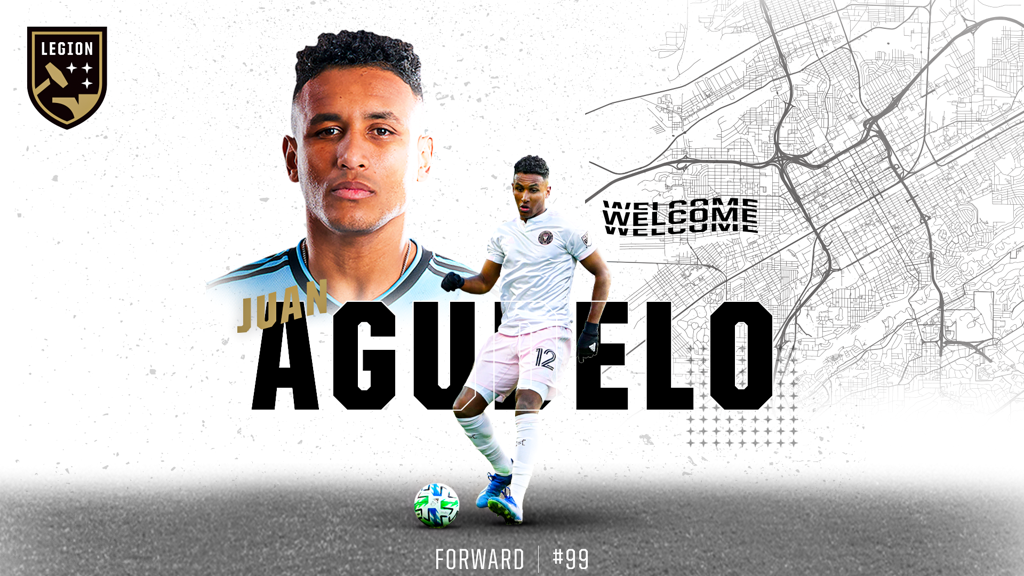 The 29-year-old forward most recently played for MLS side Minnesota United in 2021, having previously spent six seasons with the New England Revolution, including playing under now Legion FC President & GM Jay Heaps and Head Coach Tommy Soehn. He also earned 28 caps with the USMNT and was a part of the roster that won the 2017 Concacaf Gold Cup.

“Juan is an experienced player that Tommy and I have worked with closely in the past,” said Heaps. “We’re excited to bring him to Birmingham, as he will add a different dynamic to our attack.”

Agudelo made his professional debut in 2010 for the New York Red Bulls, and since then has made more than 280 appearances for New York, Chivas USA, New England, Inter Miami CF and Minnesota in MLS, recording 47 goals and 20 assists. In 2014, he signed with Stoke City in the Premier League and was sent on loan to FC Utrecht in the Eredivisie where he played 14 times and scored three goals before returning to MLS.

“I’m excited to be in Birmingham,” said Agudelo. “I’m looking forward to playing in the new stadium and to reconnecting with Jay, Tommy, [Assistant Coach] Khano [Smith], [Academy Director Eric] Avi [Avila], [midfielder] Zach [Herivaux] and other guys I played with in New England. I really can’t believe how many people I already know that are a part of the club. That should make for a comfortable and quick integration into the team, so that’s why I chose to Hammer Down!”

Internationally, Agudelo represented the United States at the U-17, U-20, U-23 and senior team levels. In his 28 caps for the national team, he scored three goals and added two assists. He scored in his senior international debut, a 1-0 win over South Africa in 2010, at the time becoming the youngest goal scorer in USMNT history six days shy of his 18th birthday.