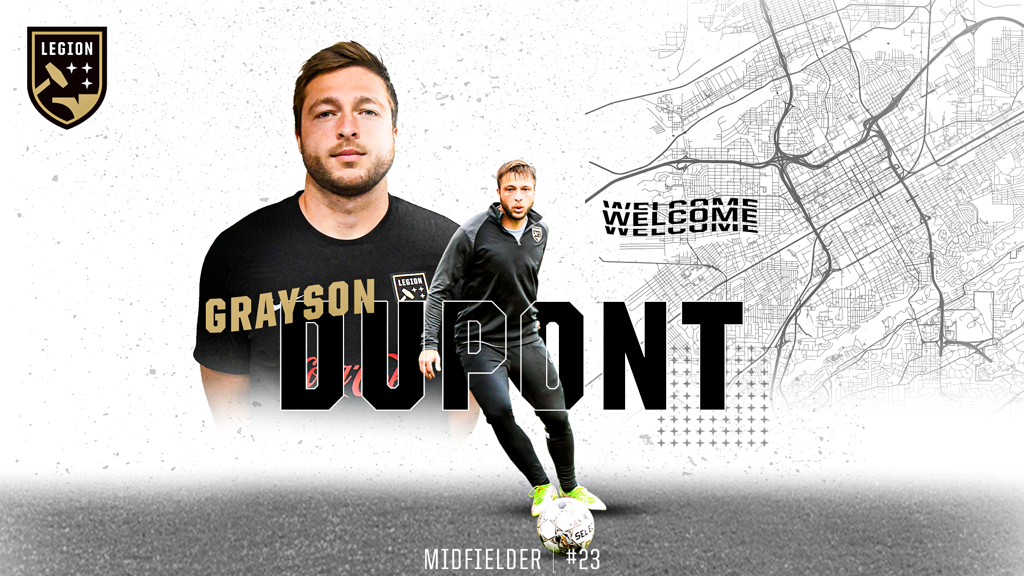 BIRMINGHAM, Ala. – Birmingham Legion FC announced on Tuesday the club had signed midfielder Grayson Dupont for the remainder of the 2022 USL Championship season. A native of Birmingham, Dupont joins the professional ranks after completing his college career locally at UAB.

“Grayson is a good addition to the team as he brings versatility and depth,” said President and GM Jay Heaps. “We are excited to add another talented player from Alabama to our roster.”

Dupont began his collegiate career at the University of New Mexico, where he played with former Legion FC goalkeeper Ford Parker. He spent three years with the Lobos, making 17 appearances and scoring one goal after redshirting his freshman year.

Following his time at UNM, Dupont returned home to Birmingham to represent UAB. He made 25 appearances for the Blazers, scoring three goals and tallying one assist.

Prior to his collegiate career, Dupont attended and played soccer at Montverde Academy alongside Legion FC midfielder Bruno Lapa. During his time at Montverde, he won a high school national championship in 2016.