Veteran midfielder praises league’s progression on, off field as he prepares for 200th regular season game 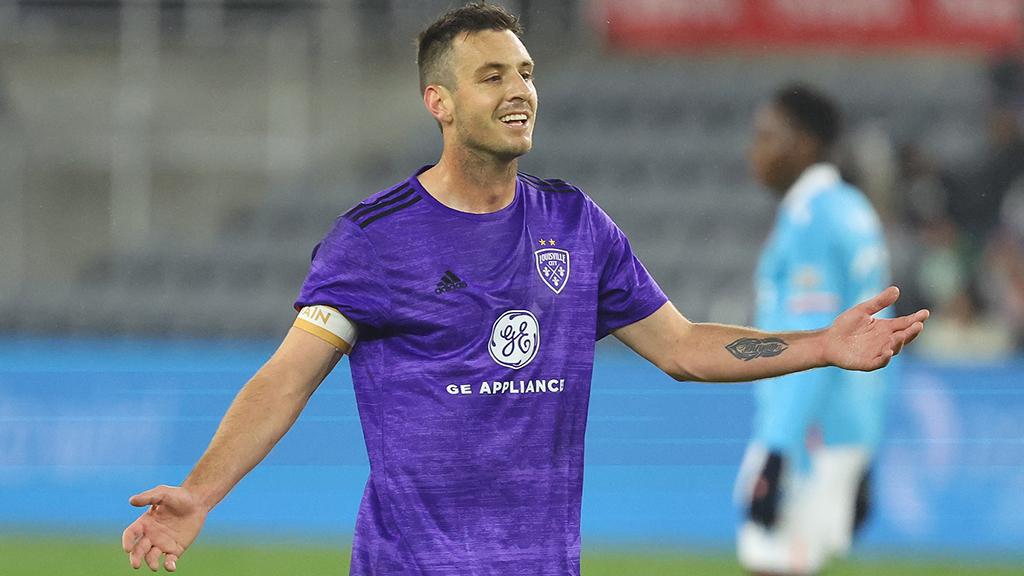 Should everything go to plan on Saturday night when Louisville City FC plays host to Indy Eleven at Lynn Family Stadium in this year’s first edition of the Louisville Indianapolis Proximity Association Football Contest, LouCity midfielder Paolo DelPiccolo will become 12th player in the USL Championship’s history to reach 200 regular season appearances in the league for his career.

Now in his seventh season with LouCity – and a decade on from his final season at the University of Louisville – it’s a landmark that has snuck up a little on the 30-year-old, but one he will take a great measure of pride in achieving.

“You know, I really had no idea about it until this morning when [Louisville City FC Communications Coordinator] Haley [Simpson] told me,” DelPiccolo said on Thursday, the morning after regular season appearance No. 199 in his side’s victory against the New York Red Bulls II on Wednesday night. “It’s nice, it’s something that I feel lucky to have the opportunity to do, not just get the playing time but just to be around for this long.”

DelPiccolo has in many ways become an adopted son of Louisville. Aside from competing for the Cardinals collegiately, he has now set down roots in the city with his wife, a Louisville native. He’s also been a celebrated figure for the supporters at LouCity, for which he now sits second all-time in regular season appearances with 145, trailing only original signing Niall McCabe. As a key figure in the club’s major successes – including captaining the side to its two USL Championship titles, claiming Final MVP honors in 2017 – he has given to the club as much as he believes it has offered him. 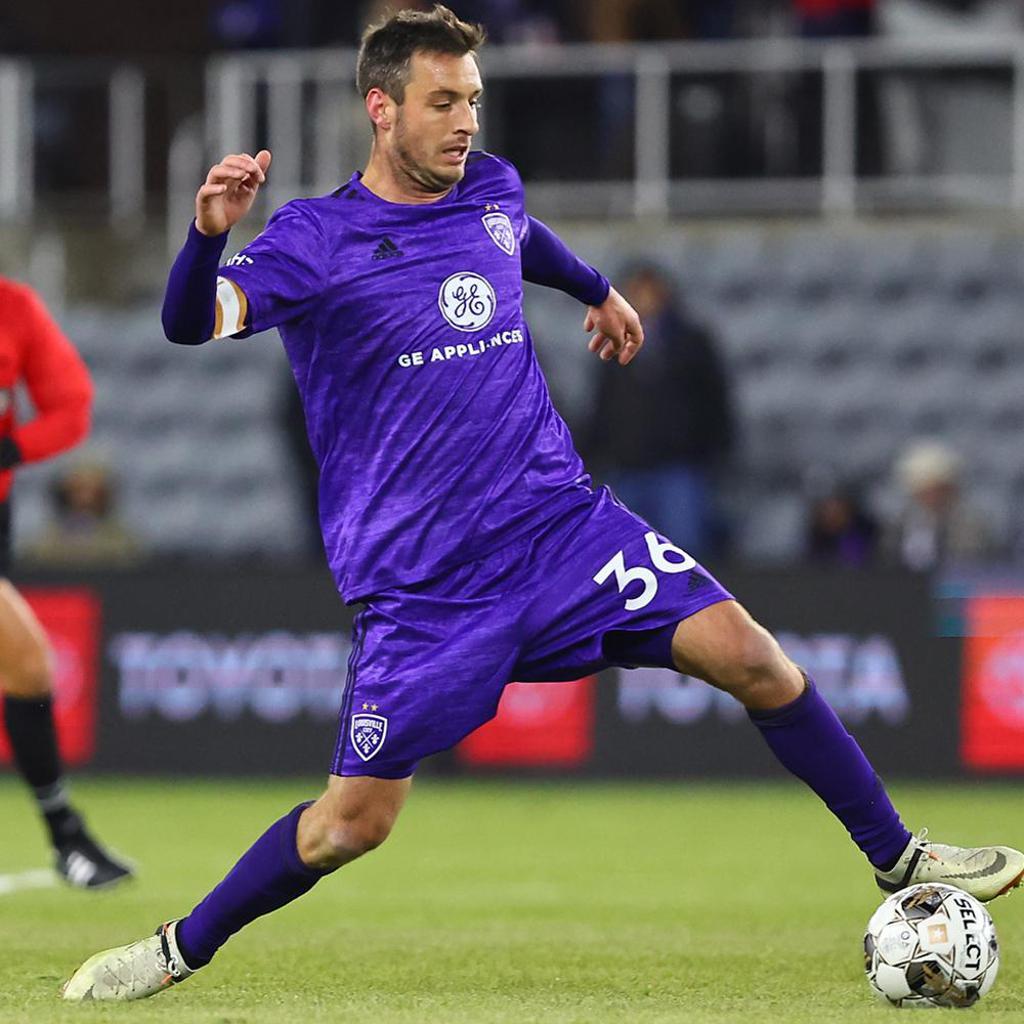 “If you ask me, I’ll always still have a ton of pride in being from Denver,” said DelPiccolo. “That’s where I grew up, and if people ask where I’m from, I’ll always say Denver, but I enjoy the city of Louisville. I love living here. I never thought I’d be here this long, I thought I was going to college here for two years and leaving, and a decade later I’m still here, and I love it.

“My wife is from here, my in-laws live here, so I love the city, the fans have been great, and on top of that it’s all about how great our club has been, not just on the field but off the field. They just do all the right things.”

Lynn Family Stadium set a new standard for facilities in the USL Championship when it opened two years ago, and with the training facilities that now house both LouCity and the NWSL’s Racing Louisville FC as well as the club’s Academy programs, Louisville has been ahead of the curve when it comes to raising standards in the Championship. From DelPiccolo’s perspective, the prospect of making 200 regular season appearances in the league is a sign of the change for the better the Championship has experienced since he debuted for what is now Phoenix Rising FC in 2014. New ownership groups and organizations have put stronger frameworks in place, allowing greater sustainability and the opportunity for players to build longer careers.

A key step in that progression was the completion and ratification of the first Collective Bargaining Agreement between the USL Championship’s owners and the USL Players Association last year. DelPiccolo says the uniform standards that are now in place didn’t directly affect him, but he believes the agreement laid a platform for the Championship to become an even more successful league long-term as it looks to retain and attract top-quality players, both domestically and from overseas.

“What I think people don’t realize is it’s not just good for the players, it’s good for the league to have these standards,” said DelPiccolo. “When you’re relying on the whole league to be invested in in good facilities and products and doing things the right way, it just makes the whole league grow. It increases the quality of the game and the league and the sport for sure, and I thought it was a great step not only for the players but for the league and the owners.” 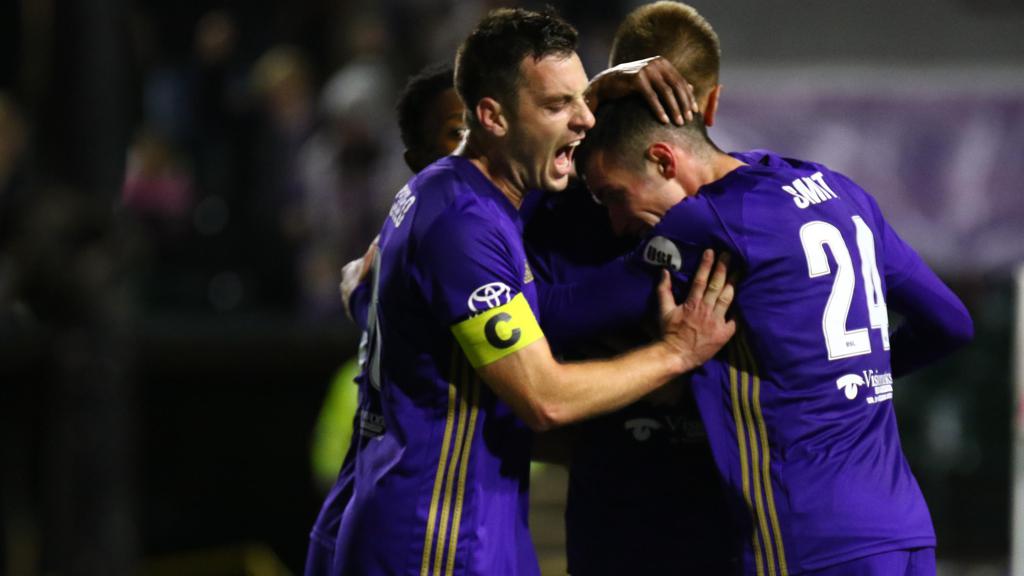 The expectations at LouCity, of course, remain high. With three wins out of three to start the season ahead of Saturday’s LIPAFC, Head Coach Danny Cruz’s squad has rolled out to a positive start thanks in part to some of the new, younger faces brought in this offseason. Wilson Harris has scored twice – including an excellent free kick on Wednesday night – while players like Manny Perez, Ray Serrano and Academy graduate Joshua Wynder are all contributing positively.

All four of those players are currently 23 years of age and younger and could form the foundation for the next wave of success in LouCity’s history. For DelPiccolo, now among the group aged 30 years old and older who paved the way for the success LouCity has built its reputation on, the aim is to ensure the standard for the newcomers remains as high as it has always been.

“I think that’s a huge part personally of my role, to get guys acclimatized to what we’re about here as some of us veterans start to get older,” said DelPiccolo. “For me it’s a fun part of the job because Louisville City the club has given me so much, [primary owner] John Neace has given me so much that I want to repay him not just while I’m on the team but by making sure this club and this culture lasts long past when I’m done.”

If his performances early this season are anything to judge by, though, don’t plan on DelPiccolo being spoken of as one of LouCity’s cornerstones in the past tense anytime soon.

“It’s the best job in the whole world, and I’m lucky to still be doing it and I never take that for granted,” he said. “It’s such an awesome part of my life, and one that I’ve enjoyed the whole time.”