Get ready for Week 3 in the USL Championship, and which players are ready to represent their countries over the coming days 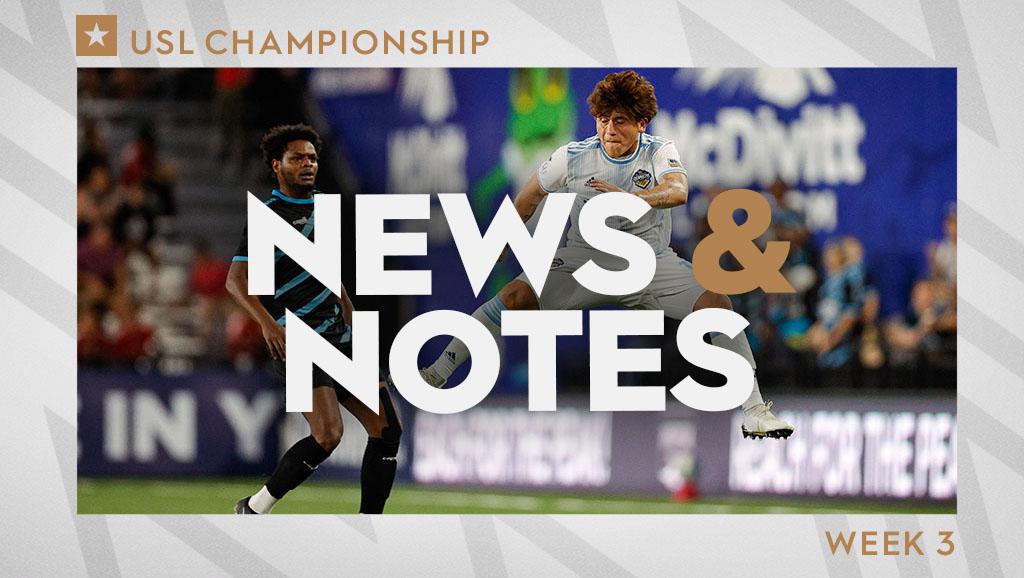 It’s international week, and both current and former USL Championship players will be on duty for World Cup Qualifying and exhibition contests ahead of the resumption of the Concacaf Nations League this summer.

Add to that two of the USL Championship’s longest-standing rivalries in action this weekend, and there’s plenty to keep an eye out for over the next five days. Here’s a look ahead at what you should know, and an update on upcoming landmarks and the Week 3 Discipline Report.

ANSWERING THE INTERNATIONAL CALL
Twenty-eight players from the USL Championship will represent their nations this week after being called up for 2022 FIFA World Cup Qualifying, and international exhibitions at both the senior and U-20 international level in the upcoming two weeks.

A pair of players, Miami FC’s Lamar Walker and Speedy Williams – the latter a three-time USL Championship title winner during his career – have also been called in by Jamaica.

Some of the USL Championship’s top young talent will also be in action for the United States and Mexico U-20 Men’s National Teams as they visit South America in preparation for the Concacaf Men’s U-20 Championship in Honduras this June. El Paso Locomotive FC’s Diego Luna – a finalist for the Championship’s Young Player of the Year award a season ago – and Orange County SC’s Kobi Henry – a 2021 USL Championship title winner – are with the U.S. squad, while the Las Vegas Lights FC duo of Antonio Leone and Christian Torres are with Mexico’s squad.

LAYING THE FOUNDATION FOR THE USMNT, CANMNT 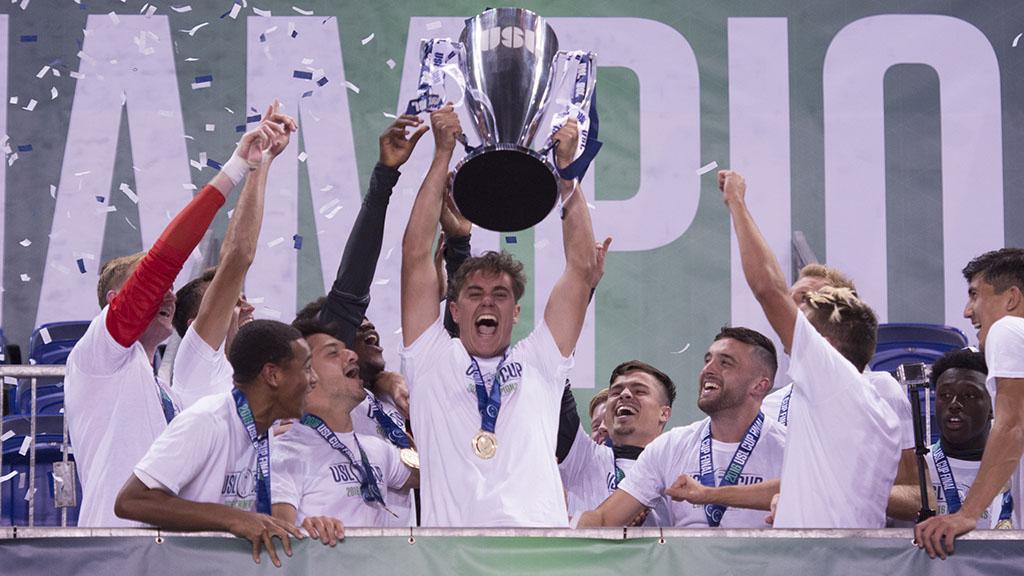 The United States Men’s National Team will enter its final three games of FIFA 2022 World Cup Qualifying this weekend, facing contests against Mexico, Panama and Costa Rica in a bid to claim one of the three automatic berths for the 2022 FIFA World Cup in Qatar in November. Among the squad named by Head Coach Gregg Berhalter are 14 players that competed in either the USL Championship, USL League One and USL League Two at the start of their careers. That group combined for more than 250 combined appearances and almost 20,000 minutes in the USL’s senior divisions. 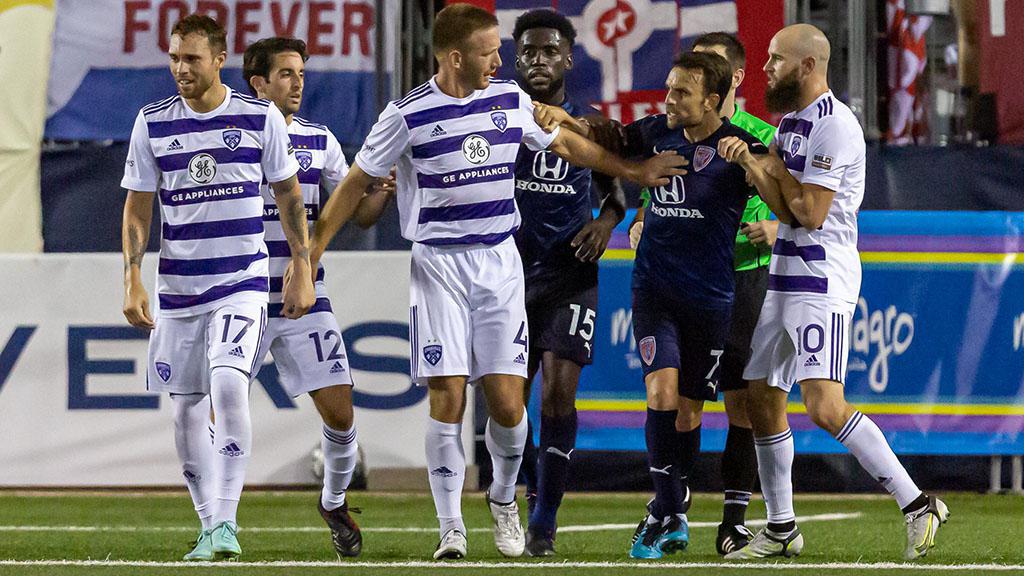 In the LIPAFC, for the first time in the series since Indy joined the Championship the Boys in Blue are the reigning holders of the crown. A season ago, Indy took the regular season series with a 2-1-1 record and in the process won on the road in Louisville for the first time and broke a 10-game undefeated streak LouCity had established since the 2018 season. Louisville City FC now holds a 7-3-5 record in the series across the Championship’s regular season and playoffs going into Saturday’s game.

For the South Texas Derby, the Toros and San Antonio have squared off against each other more than any other opponent in their Championship histories, with SAFC holding an 8-6-7 edge in the series after claiming the first postseason meeting between the sides with a 3-1 victory in the Western Conference Semifinals of the 2021 USL Championship Playoffs. The regular season series last year ended all square, with each team taking one victory apiece and two games ending drawn.

LOS DOS’ AGUIRRE COMES CLOSE TO CHANCES CREATED RECORD
The LA Galaxy II’s Daniel Aguirre delivered an outstanding individual performance in the LA Galaxy II’s 2-1 defeat by San Antonio FC on Saturday night, including recording 10 chances created in the attacking third of the field. Since the USL Championship partnered with Opta prior to the 2017 season, it marked only the fourth time a player had recorded double-digit chances created in a single game, and the second time it had been accomplished by a Galaxy II player.

Following the retirements of George Davis IV and Taylor Mueller at the end of the 2021 season, Kelly is the active leader in regular-season appearances in the USL Championship on 230 and is only 13 appearances from passing Davis for the league’s all-time lead. Should Kelly appear in 32 of 34 regular season contests this season, he would become the first player to reach 250 regular-season appearances in the Championship’s history. 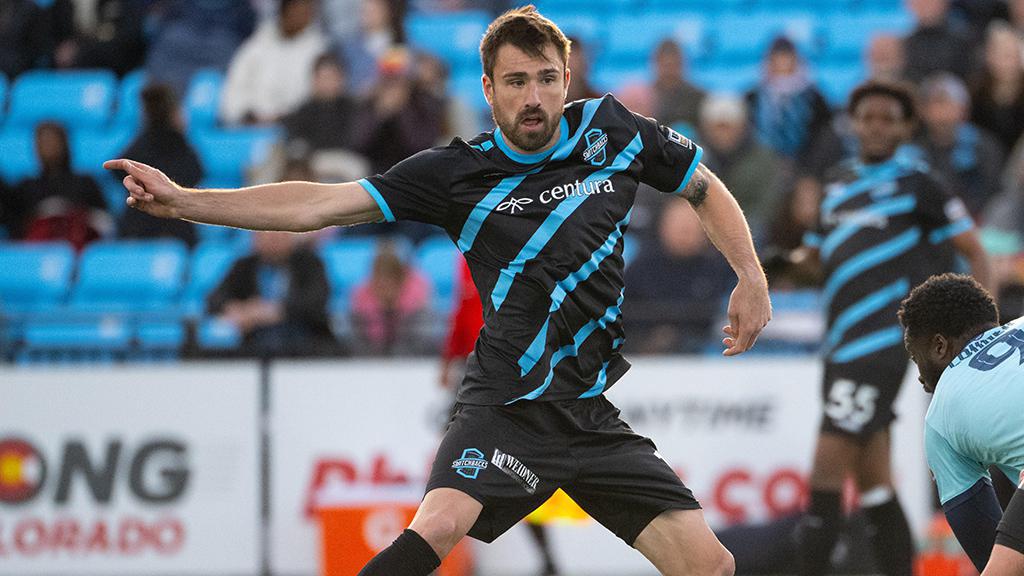 San Antonio FC’s Elliot Collier will not serve a suspension following the successful appeal of his red card against the LA Galaxy II on March 19 for foul and abusive language to the Independent Review Panel. Collier will be available for San Antonio’s contest against Rio Grande Valley FC on Sunday evening at H-E-B Park.

Rio Grande Valley FC’s Emilio Ycaza and Hartford Athletic’s Peter-Lee Vassell will not serve a suspension following successful appeals of their second yellow card offenses that led to red cards against Orange County SC and Pittsburgh Riverhounds SC, respectively, on March 19. Ycaza will be available for selection when RGVFC visits the LA Galaxy II on Wednesday night, while Vassell will be available for selection when Hartford faces the Tampa Bay Rowdies on Saturday night.

Atlanta United 2’s Aiden McFadden has been suspended for one game following his red card for serious foul play against the New York Red Bulls II on March 16. McFadden will be unavailable for selection when Atlanta hosts the Tampa Bay Rowdies on Wednesday night.

Birmingham Legion FC’s Alex Crognale has been suspended for one game following his red card for two cautionable offenses against FC Tulsa on March 19. Crognale will be unavailable for selection when Birmingham hosts Colorado Springs Switchbacks FC on Saturday night.

Indy Eleven’s Raul Aguilera Jr. has been suspended for one game following his red card for two cautionable offenses against the Tampa Bay Rowdies on March 19. Aguilera will be unavailable for selection when Indy faces Louisville City FC on Saturday night.

The LA Galaxy II’s Adrian Gonzalez has been suspended for one game following his red card for two cautionable offenses against San Antonio FC on March 19. Gonzalez will be unavailable for selection when Los Dos host Rio Grande Valley FC on Wednesday night.

Monterey Bay F.C.’s Mobi Fehr has been suspended for one game following his red card for two cautionable offenses against Colorado Springs Switchbacks FC on March 19. Fehr will be unavailable for selection in Monterey Bay’s contest against Oakland Roots SC on Saturday night.

The New York Red Bulls II’s Christopher Cragwell has been suspended for one game following his red card for serious foul play against Loudoun United FC on March 19. Cragwell will be unavailable for selection when the Red Bulls II host Louisville City FC on Wednesday night.