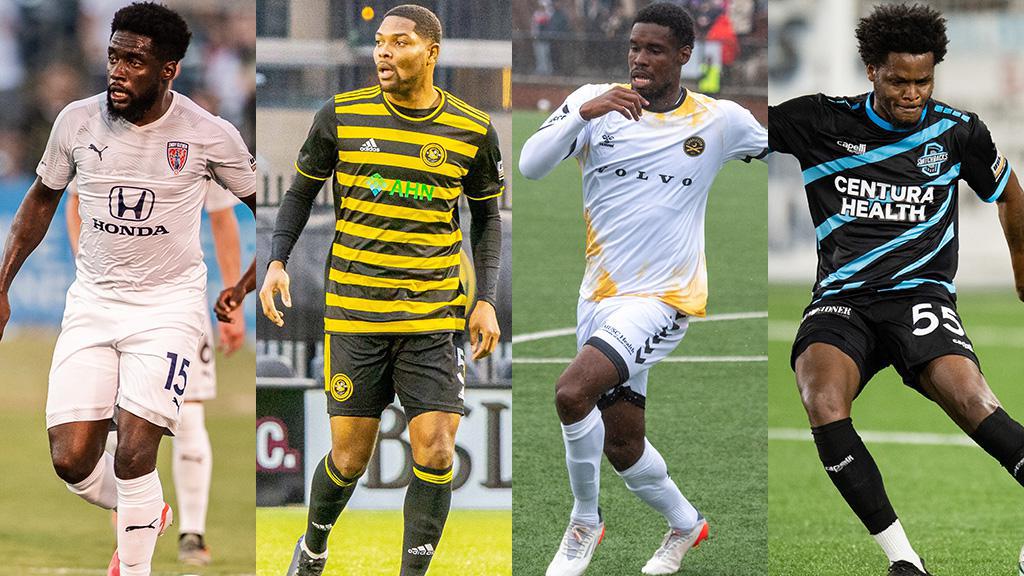 Six players from the USL Championship have been selected by Trinidad and Tobago for a three-nation series in the country that kicks off this week with Pittsburgh Riverhounds SC duo Mekeil Williams and Jesse Williams and Indy Eleven duo Noah Powder and Neveal Hackshaw being joined by the Charleston Battery’s Leland Archer and Colorado Springs Switchbacks FC’s Triston Hodge in the squad.

The Soca Warriors will face Barbados on Friday at 7 p.m. at Hasely Crawford Stadium in Port of Spain, Trinidad, and then close the event by squaring off with Guyana on Tuesday, March 29 at the same venue. The event marks the first time in two years that the side will compete at home, with Barbados and Guyana also set to meet on Sunday in the third game of the series.

“This is a perfect opportunity for us,” said Trindad and Tobago Head Coach Angus Eve. “This will be the first time I will actually have the majority of the team that I want to have and play the style of football that I actually want to play with them.

“Unfortunately, we still could not get a couple guys because they had club commitments and we rather sacrifice them now and have them for the Nations League. Other than that, I think we have gotten the core of the team that we want to work with and will try to express ourselves going forward in these two friendlies.”

Now in his second season with the Hounds, Mekeil Williams has made 83 appearances overall in the Championship over his career. The 31-year-old has made 32 appearances for his country previously, including 10 appearances in FIFA World Cup Qualifying and eight in the Concacaf Gold Cup. He has been joined in Pittsburgh this season by 20-year-old Jesse Williams, who has yet to make his debut for Pittsburgh, but has made four appearances for Trinidad and Tobago already in his young career.

Hackshaw brings the most experience in the Championship of the six players, with the two-time All-League selection having made 142 regular season and playoff appearances in his career. Both he and Powder, an offseason arrival to Michael A. Carroll Stadium who claimed the 2019 USL Championship title with Real Monarchs SLC, have started and gone the full 90 minutes in both of Indy’s first two games of the 2022 season.

Archer and Hodge have each also played the full 90 minutes in the first two games of the season for their respective clubs, with Archer having recorded nine clearances and seven assists as he looks to add to his one prior appearance against the United States in an exhibition early last year. Hodge, meanwhile, has made 18 appearances previously for the Soca Warriors while helping Colorado Springs to back-to-back wins to start the new season.