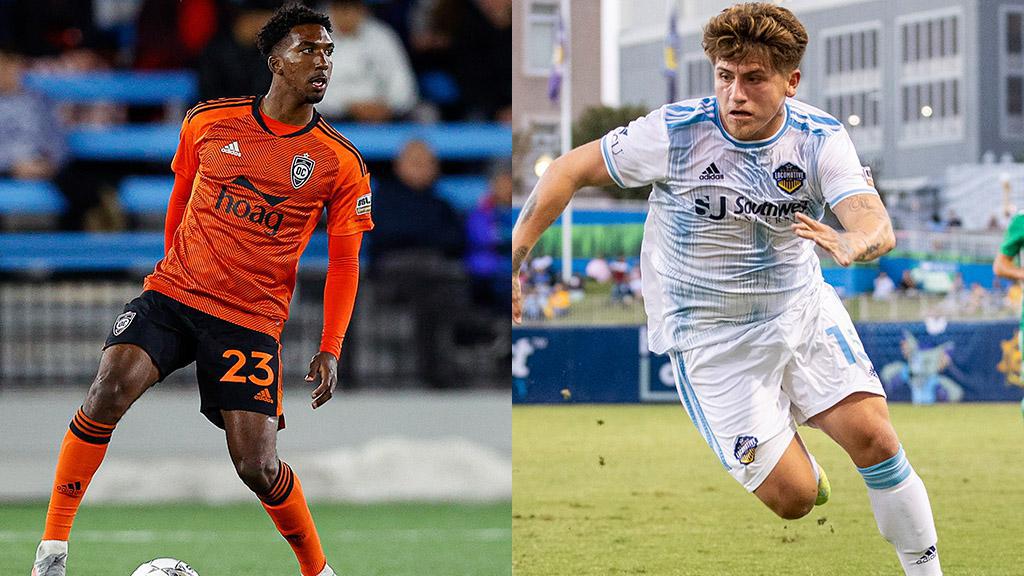 Orange County SC's Kobi Henry and El Paso Locomotive FC's Diego Luna have been named in the United States U-20 Men's National Team squad that will travel to Argentina on March 21.

CHICAGO – Orange County SC’s Kobi Henry and El Paso Locomotive FC’s Diego Luna have both been selected in the United States U-20 Men’s National Team squad that will visit Argentina between March 21-30, with a 20-player squad being called up by Head Coach Mikey Varas that also features a collection of players with USL Championship and League One experience.

The USMNT U-20s will face Argentina’s U-20s at the AFA National Training Center on March 26, and then play a River Plate squad made up of first team players staying with the club through the international break, as well as reserve and academy players on March 29 as part of its trip in preparation for the 2022 Concacaf U-20 Championship in Honduras in June.

A 2021 USL Championship title-winner with Orange County, Henry is one of four players in the squad that has previously been called up to the senior United States Men’s National Team, having joined Caden Clark and Kevin Paredes in last December’s training camp before the United States’ exhibition against Bosnia and Herzegovina. The 17-year-old started for OCSC in its 2022 season opener this past weekend and is set to be in action this Saturday when Orange County hosts Rio Grande Valley FC at Championship Soccer Stadium for its home opener.

Luna was voted to the 2021 USL Championship All-League Second Team and was a finalist for the 2021 Championship Young Player of the Year award after his rookie season with Locomotive FC a season ago after recording nine goals and five assists in the regular season. The 18-year-old picked up where he left off last season in El Paso’s 2022 Championship season opener, notching his first assist of the campaign in Locomotive FC’s contest against Sacramento Republic FC this past weekend.

Luna is set to feature this Saturday night as Locomotive FC hosts rival New Mexico United in its home opener at Southwest University Park in a game that will air live on ESPN Deportes at 8 p.m. ET.