As the 2022 season arrives, here's what you need to know going into Week 1 of the campaign 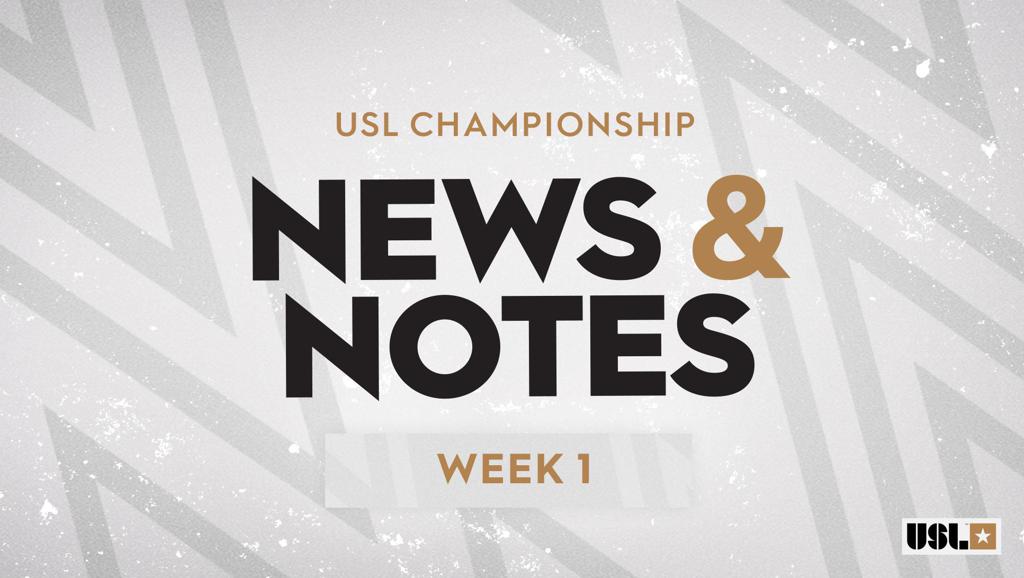 The 2022 USL Championship regular season kicks off this weekend with a 13-game slate that features a pair of new arrivals on the road at traditional Western Conference powers, a notable postseason rematch for the defending title holders, and the opening game of the USL on ESPN schedule on Sunday evening.

Here’s a look ahead to what you need to know, upcoming landmarks for the league’s players, and the weekly discipline report.

Phoenix will play host to a league newcomer making their debut for a second consecutive season, having defeated Oakland Roots SC 3-0 when the teams met at Wild Horse Pass last season in Oakland’s first game of the season. Overall, the opening game hasn’t been kind to Championship newcomers in the past three years – going back to the 2019 season, teams in their first season in the Championship have gone 0-7-3 with a minus-15 goal differential, with San Diego Loyal SC (2020), New Mexico United (2019) and Austin Bold FC (2019) the teams to earn a draw

BIRMINGHAM LEGION FC OPENS PROTECTIVE STADIUM ON ESPN2
Birmingham Legion FC will play its inaugural regular season contest at new home Protective Stadium on Sunday evening as it hosts defending Eastern Conference title holder the Tampa Bay Rowdies in the USL on ESPN season premiere on ESPN2 at 5 p.m. ET. The venue will have an operating capacity of 15,000 fans for Legion FC games this season.

Due to its expanded home capacity, Legion FC could set a new club attendance record at the game, having set a mark of 10,177 last season when it hosted a contest at Birmingham’s Legion Field against Memphis 901 FC. Having reached the postseason in each of its first three seasons, Birmingham will be hoping to turn the tables on the Rowdies in a rematch from last season’s USL Championship Playoffs. Tampa Bay took a 1-0 victory when the teams met in the Eastern Conference Semifinals at Al Lang Stadium in downtown St. Petersburg, Fla. on a second-half goal by Yann Ekra on the way to claiming the conference title for a second consecutive postseason.

NEWEST MEMBER OF THE FIRST-GOAL CLUB 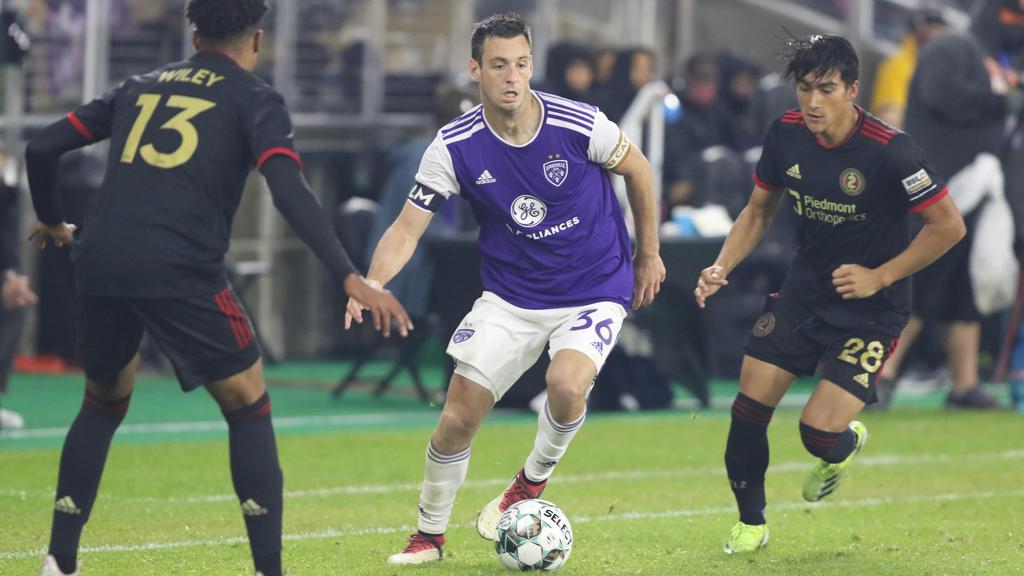 Since Stanley Nyazamba scored the first goal in the USL Championship’s history in 2011 for the Richmond Kickers, there have been 10 more players join him in becoming the first goalscorer of the new season, with Louisville City FC’s Paolo DelPiccolo being most recent addition last year. As this campaign kicks off, the players from Loudoun United FC and Indy Eleven will get first crack at being the latest member of the group, with their game at 6 p.m. ET on Saturday night the first of the 2022 regular season.

DANE KELLY READY FOR CENTURY MARK, MINUTES LANDMARK
The USL Championship’s all-time leading scorer has a new home for the 2022 season with Dane Kelly having joined Pittsburgh Riverhounds SC for his 12th season in the league. The Jamaican forward could hit two landmarks in his debut for the Hounds on Saturday night at Memphis 901 FC as he seeks to become the first player to record 100 regular season goals in the league while also having the chance to surpass 15,000 regular season minutes.

Kelly is 83 minutes shy of the 15,000-minute mark going into Saturday’s game. He would become the 12th player in the Championship’s history to reach the landmark. There are five active players among the 11 to have already surpassed that mark going into the new season, including Kelly’s new Pittsburgh teammate Kenardo Forbes.

FROM THE FIELD TO THE TECHNICAL AREA 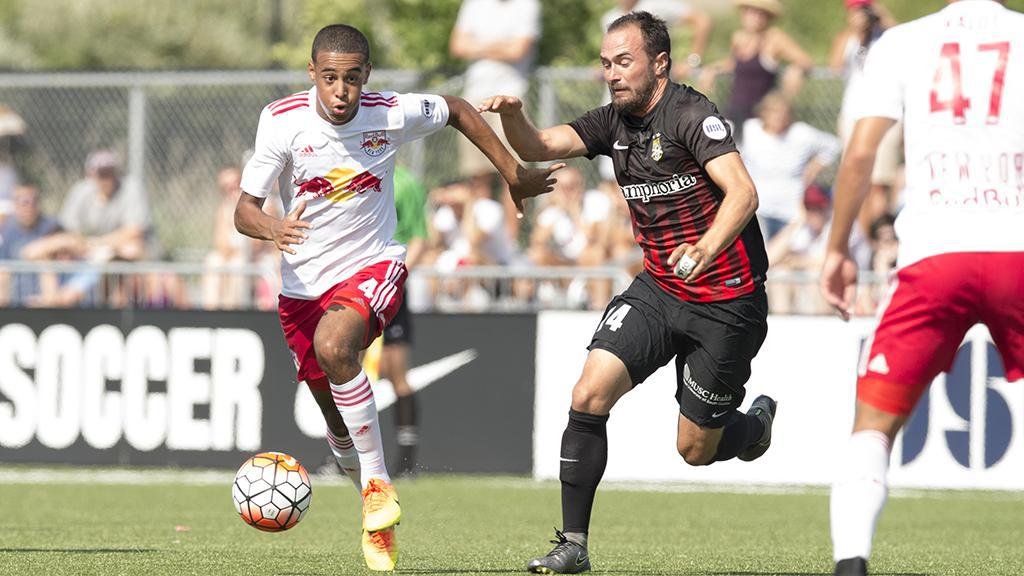 This season there will be seven Head Coaches in the USL Championship that have previously competed in the league since its inception in 2011. Two of the seven are first-time Head Coaches in Zach Prince at New Mexico United and Juan Guerra at Oakland Roots SC, with the overall group of seven having made a combined 332 regular season appearances in the league during their playing careers. 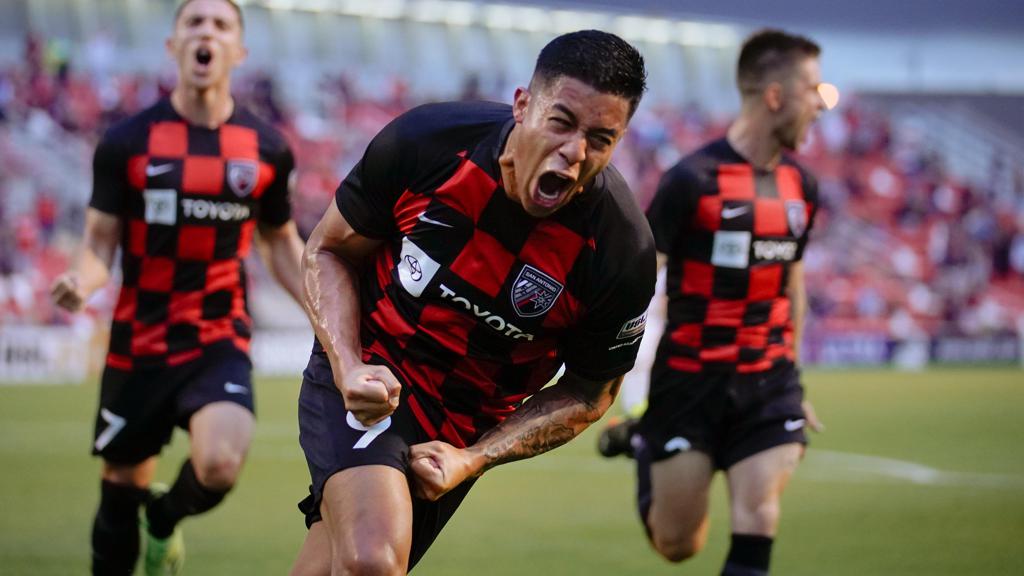 Each of the past three seasons have seen a player record a hat trick in the opening game of his side’s season, with Santiago Patino of San Antonio FC the most recent player to accomplish the feat in his debut for the club on May 1, 2021 against Colorado Springs Switchbacks FC in a 3-0 win at Toyota Field.

Overall, the feat has been accomplished four times in league history. The next hat trick recorded in the Championship’s regular season will also be the 100th in the league’s history. The individual all-time leader in regular-season hat tricks is – as you might have guessed – Dane Kelly, who has recorded four in his career. He’s followed by 2015 Golden Boot winner and Most Valuable Player Matt Fondy with three.

El Paso’s mark is currently 10 games behind the Championship’s all-time mark for home undefeated streaks, which sits at 33 games achieved by the Richmond Kickers between the 2012 and 2014 seasons.

WEST IS BEST?
Across 44 interconference games during the 2021 USL Championship Regular Season, the league’s Western Conference sides held a narrow edge with 17 wins to the Eastern Conference’s 12, with 15 games ending all square. This year will see an extended interconference schedule throughout the regular season – starting with San Antonio FC vs. Detroit City FC at Toyota Field on Saturday – which could provide additional insights into the strengths of the two conferences as they compete head-to-head.

FC Tulsa’s Eric Bird has been suspended for one game following his red card for two cautionable offenses during his side’s Eastern Conference Quarterfinal against the Tampa Bay Rowdies on November 6, 2021. Bird will be unavailable for Tulsa’s contest against the Charleston Battery on Saturday.

Loudoun United FC’s Joe Rice has been suspended for one game following his red card for denial of a goalscoring opportunity while competing for the New England Revolution II against Toronto FC II in USL League One on October 29, 2021. Rice will be unavailable for Loudoun’s contest against Indy Eleven on Saturday.

San Diego Loyal SC’s Evan Conway has been suspended for one game following his red card for two cautionable offenses while competing for Union Omaha against Greenville Triumph SC in the 2021 USL League One Final on November 20, 2021. Conway will be unavailable for San Diego’s contest against the LA Galaxy II on Saturday night.

New Mexico United assistant coach Nate Walzer has been suspended for one game following his dismissal from the technical area while on the staff at the Charlotte Independence during the club’s Eastern Conference Semifinal against Louisville City FC on November 13, 2011. Walzer will be unavailable for New Mexico’s contest against Las Vegas Lights FC on Sunday.