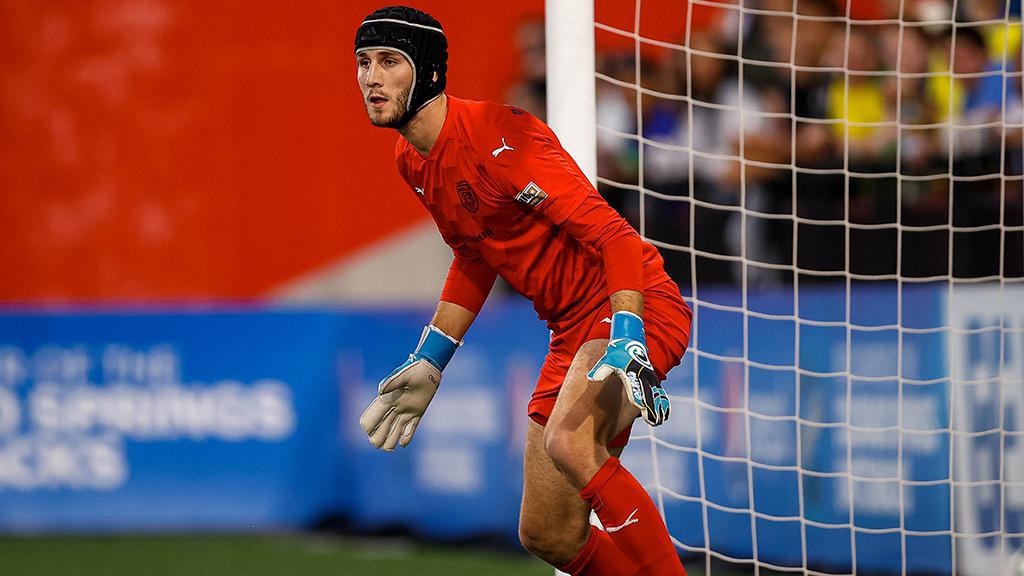 INDIANAPOLIS – Indy Eleven announced on Friday the club had acquired goalkeeper Elliot Panicco on a season-long loan from Major League Soccer’s Nashville SC ahead of the 2022 USL Championship season. The club also announced the signing of goalkeeper Tor Saunders, and a loan agreement that will see Saunders suit up for USL League One side Chattanooga Red Wolves SC this campaign. Per club policy, terms of both deals will not be released. The transactions are both pending league and federation approval.

“Elliot has long been on our radar, and his success in the USL Championship last season makes us confident he will step in ready to compete and raise the level of our squad immediately,” said Indy Eleven Head Coach Mark Lowry. “After getting a long look at Tor during preseason we are absolutely encouraged by his potential. The ability to get competitive minutes in Chattanooga will serve him well, and we wish him all the best during the League One season.”

Panicco is entering his third professional season after being selected by Nashville with the 13th overall pick in the 2020 MLS SuperDraft. Last season, Panicco was sent on loan to USL Championship side Austin Bold FC where he registered a 0.95 goals-against average in 28 appearances and finished tied for second in the league with 11 shutouts.

“I am excited to get started with the team,” said Panicco. “Indy Eleven is a fantastic club and I am very thankful to have this opportunity to help the team win and achieve our goals this season.”

Collegiately, Panicco was a four-year starter at UNC Charlotte, where he made 77 appearances between 2015-19. He was a three-time All-Conference USA First Team selection for the 49ers, and a three-time recipient of the Conference USA Golden Glove award, given to the goalkeeper with the most shutouts in conference play.

Saunders joins Indy having previously been selected by Nashville SC in the third round of the 2021 MLS SuperDraft. Prior to turning pro, the Bothell, Washington native spent most of his college career at the University of Akron, where he appeared in 18 games and made 40 saves from 2016-19. The 23-year-old then took his talents to Coastal Carolina University and excelled during his senior season, making 52 saves in 15 appearances and earning the 2020 Sun Belt Conference’s Newcomer of the Year and Conference Tournament’s Most Outstanding Player honors.

“I’m really excited to be joining the club and cannot wait for the opportunity to play in front of such great fans and represent the city of Indianapolis on the field,” said Saunders.