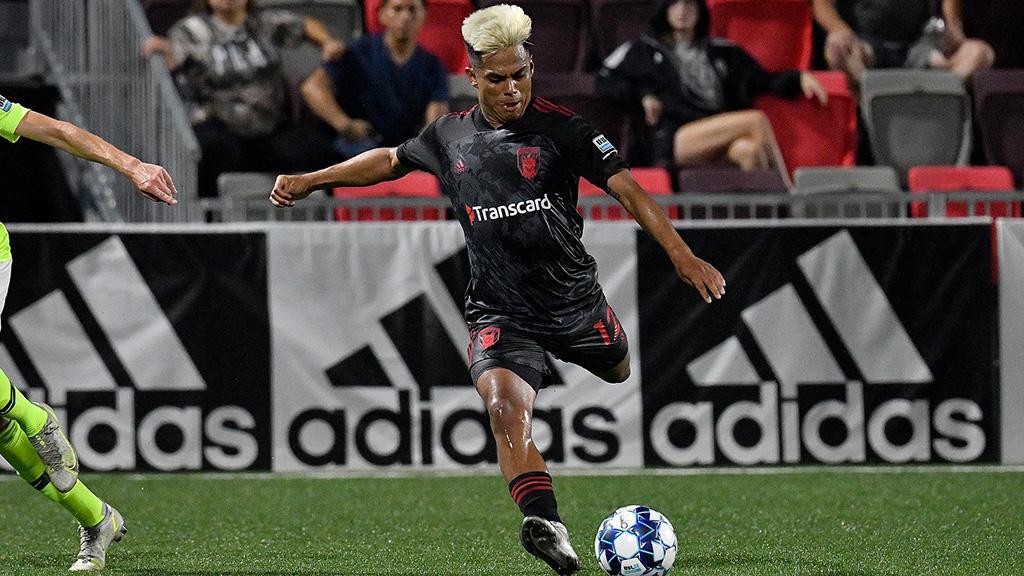 “Ruiz is an electric and skillful player that will bring excitement and joy to the fans for sure,” said RGVFC Sporting Director and Head Coach Wilmer Cabrera. “After his impressive season last year in League One, he will now get the chance to prove himself at a higher level of competition in the Championship.”

A native of Lake Elisnore, California, the attacking midfielder played collegiate soccer at the University of California-Riverside from 2014 to 2017. At UC-Riverside, Ruiz played in 75 matches, scoring six goals and dished out 12 assists on the pitch for the Highlanders. While in college, Ruiz saw action for USL League Two club FC Golden State Force in 2017 and 2019, and Orange County SC U-23 in 2018.

Ricketts also spent the past two seasons with the Red Wolves where he recorded 44 appearances and 3,856 minutes of action over the past two campaigns. Ricketts recorded four goals and four assists for the Red Wolves, and last season earned selection to the League One Team of the Week on five occasions.

Prior to joining the professional ranks, Ricketts competed collegiately at Bryan College, where he made 70 appearances and recorded 33 goals and 28 assists. His collegiate accolades were highlighted with a spot on the Appalachian Athletic Conference (AAC) All-Conference First Team his junior year, repeating the same accomplishment in his senior season at Bryan College. The Tennessee native added a spot on the All-Tournament Team in 2019 and found himself on CoSIDA's Academic All-District Team before finalizing his college soccer career.

“Jonathan is a very strong and athletic defender who stood out with a great season last year in USL League One,” said Cabrera. “This year with us he could become a player with a lot more possibilities to continue his development and success.”

Vazquez comes to RGV FC having spent the past two seasons with the LA Galaxy ll. The 26-year-old played in 42 matches overall for Los Dos, starting in all 15 of his 2021 appearances. In 3,645 minutes, he locked in an 82.4 percent passing accuracy rate while also notching 42 interceptions, 17 blocked shots and a 71.4 percent tackle success rate. Vazquez also scored twice for the Galaxy ll, including a game-winner against San Diego Loyal SC.

“Jesus Vasquez is a solid and technical defender with experience in USL and Mexico,” said Cabrera. “He is one of the best passers in this league and he could become a great leader of the team.”

Wright had previously competed in the academies of multiple English clubs such as Fulham and Brentford before making his move to the United States where he found a highly successful college career at NCAA Division II St. Mary’s University in San Antonio. Wright had a breakout 2019 season for the side as he claimed the 2019 Lone Star Conference Player of the Year, Lone Star Conference Midfielder of the Year, South Central Region Player of the Year and Division II CCA and United Soccer Coaches All-America honors.

“Ollie is a very talented player with a good mentality and attitude to compete and create difficulties for the opponents,” said Cabrera. “He is coming to become a solid forward in this league.”

During his college career, Wright joined USL League Two side Corpus Christi FC during the 2019 season where he set a single-season assists record in the league with 15 in 14 regular season contests matches. Wright also notched seven goals for CCFC before concluding his college career at St. Mary’s and joining the professional ranks.