Versatile wide player has achieved prior success in the Championship at Reno, San Antonio 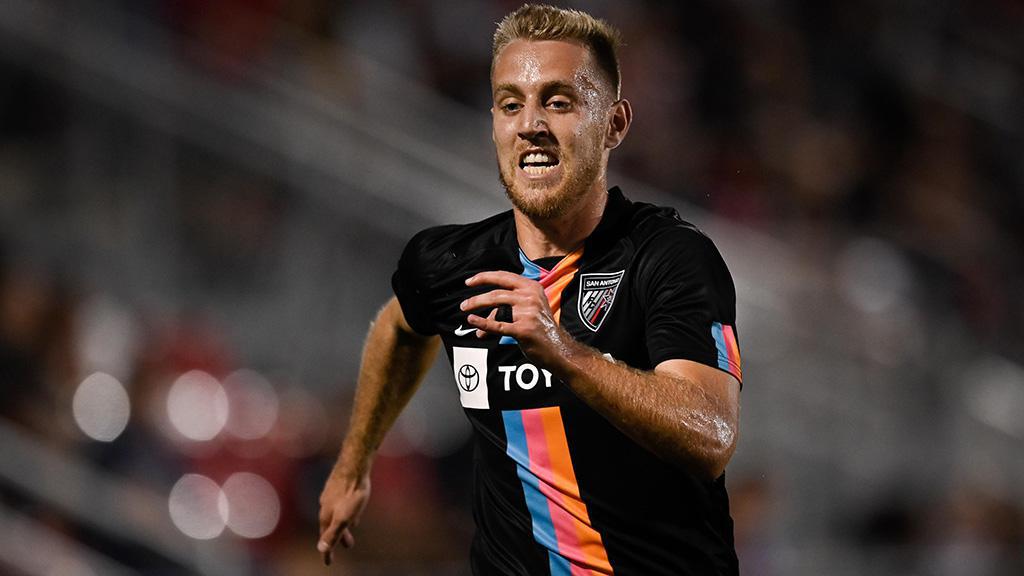 SEASIDE, Calif. – Monterey Bay F.C. announced on Wednesday the club had signed former San Antonio FC defender-winger Sam Gleadle ahead of its inaugural season in the USL Championship. The signing is pending league and federation approval.

The Chichester, England native began his professional career with former USL Championship side Reno 1868 FC, where he scored seven goals and added seven assists across 43 appearances for the club from 2018-2020. After his final season in Reno, Gleadle joined Major League Soccer’s Minnesota United FC in advance of the 2020 Audi MLS Cup Playoffs.

Last season, the 25-year-old signed with Championship club San Antonio FC, where he recorded one assist in 22 appearances with nine blocks, 39 clearances, 29 interceptions, 30 tackles won and a passing accuracy of 74.7 percent as the side advanced to the Western Conference Final of the 2021 USL Championship Playoffs.

“Sam can play multiple positions in the wide areas for us,” said MBFC Sporting Director and Head Coach Frank Yallop. “He is an exciting, quick and versatile player with good experience from his time with Reno and San Antonio.”

Gleadle played collegiately for the University of New Mexico and scored five goals in 70 appearances from 2014-2017. While with the Lobos, Gleadle played with USL League Two club Albuquerque Sol FC, where he recorded six goals in 13 matches.

“It’s an exciting time for the city and the people here to have a brand new professional team. I know the guys are buzzing about it and so am I,” said Gleadle. “I’ve heard good things about the staff and the guys here and the culture that they are creating, so I am very excited to join and be a part of the club’s first season. I’ve had different experiences at different clubs, in different places as have other guys as well, and each of us bringing little bits of that to the team will help create a good culture here. I’m excited to add to that and I’m hoping for big things.”